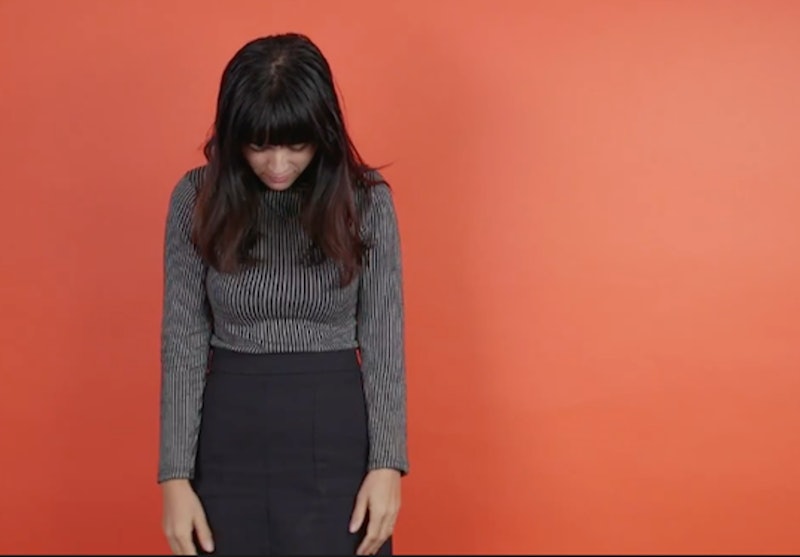 Being rejected is the worst. Whether you’re being turned down for a first date, or being dumped in a relationship, rejection really plays with your emotions. Is it really about them? Or did I do something wrong? Why wasn’t I good enough? Rejection, in any form, stings and makes people question themselves and their relationships.

The truth is, rejection hurts so much because of evolutionary learned behaviors about survival. “In our evolutionary past, when we were hunter-gatherers and living in tribes if we were ostracized from the tribe or if we were kicked off the island, we would die. We couldn’t survive alone,” Psychologist Dr. Guy Winch tells Bustle. “So, we developed this early warning mechanism of rejection. If you experience rejection as painful, you’re more likely to change your behavior, correct it and be less likely to be kicked out of the tribe.”

In the seventh episode of season two of Love, Factually — Bustle’s video series about love, dating, and relationships — Bustle talks to Psychologist and author of Emotional First Aid Dr. Guy Winch and Psychologist Dr. Alice Sohn about rejection, why it hurts so much, and what you can do to get over it.

Check out the video below and see why rejection hurts and how to deal with it.

2. The Better You Know Yourself, The Less Painful Rejection Is

“People who are not well differentiated may be more sensitive to rejection, because they’re still very enmeshed with people around them and taking their cues about their value and own self worth from other people," Psychologist Dr. Alice Sohn tells Bustle. "It’s a developmental milestone to be able to tolerate rejection. If you can’t tolerate rejection, life will be very difficult. You’ll either undershoot your potential because you’ll be too fearful of trying things or you’ll have difficulty standing back up again when things don’t go your way."

3. Go Easy On Yourself

“The first thing people do when they get rejected is to become very self-critical. Now, at this point your self-esteem is already hurting, it’s absolutely not necessary to go and damage it even further by being self-critical,” says Dr. Guy Winch.

4. But Rejection Isn’t The End Of The World

“You can’t spend the rest of your life with the light on," says Dr. Alice Sohn. "You have to be able to trust and have optimism that the world is essentially a good place."

So give it a try — it just may change your attitude about love.

Check out the video here. TK