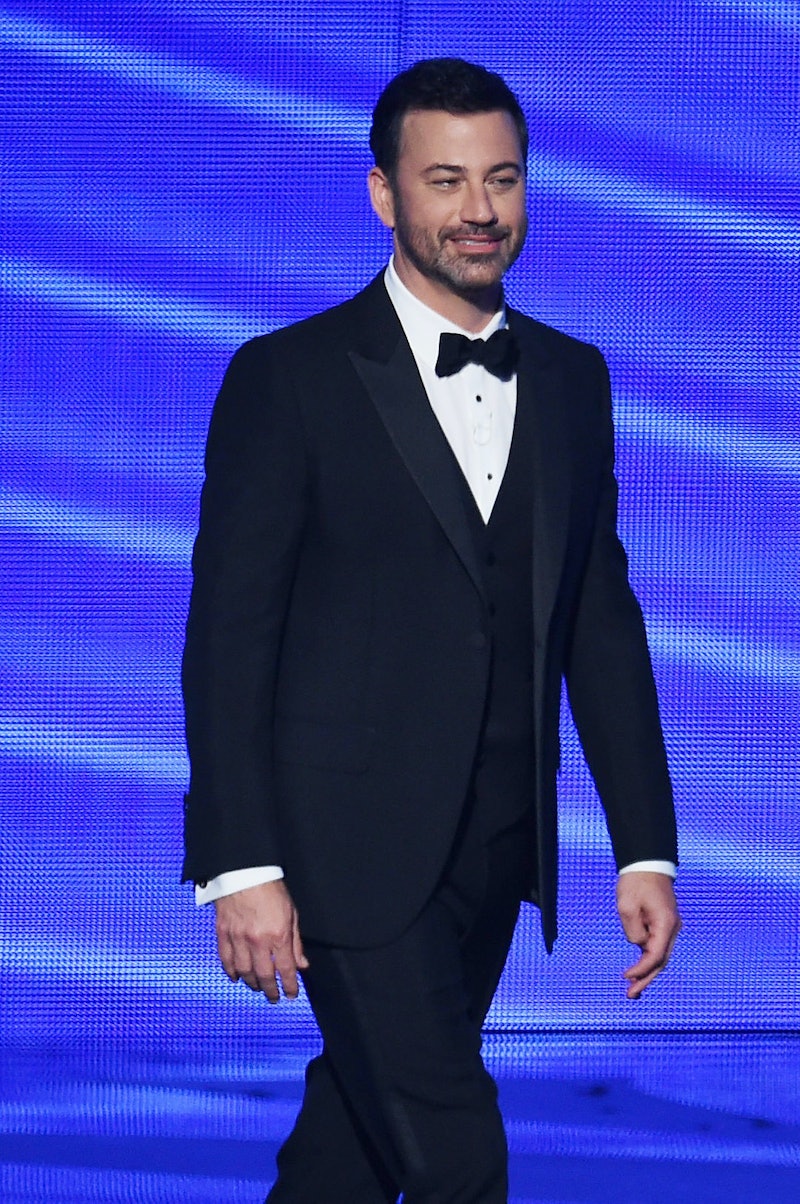 And the Oscar goes to... Jimmy Kimmel, who will reportedly be hosting the 2017 Academy Awards. According to The Hollywood Reporter, Kimmel is tapped to host the 89th Oscars on Feb. 26, with the award show's producers expected to make the official announcement. Though the Jimmy Kimmel Live! host is obviously no stranger to those hosting duties, has Kimmel ever hosted the Oscars before?

As it turns out, this will be the comedian's first time hosting the Academy Awards — joining the ranks of past Oscars hosts like Billy Crystal, Chris Rock, Seth MacFarlane, Hugh Jackman, Steve Martin, Alec Baldwin, and Anne Hathaway and James Franco. And it looks like he'll be the perfect fit, TBH: Kimmel has hosted the Emmys twice (the most recently being the 2016 Emmy Awards), as well as the American Music Awards a whopping five times.

According to Variety, Ben Sherwood, the chief of Disney/ABC Television Group was angling for Kimmel to get the hosting job. (The entertainment trade also reports that the network "has long wanted more of a say in how the show is produced," which would explain rooting for Kimmel.)

In addition to hosting the Emmys and AMAs of years past, Kimmel has also hosted the ESPYs and the White House Correspondent's Dinner. The 2017 Oscars will air on Feb. 26 on ABC.