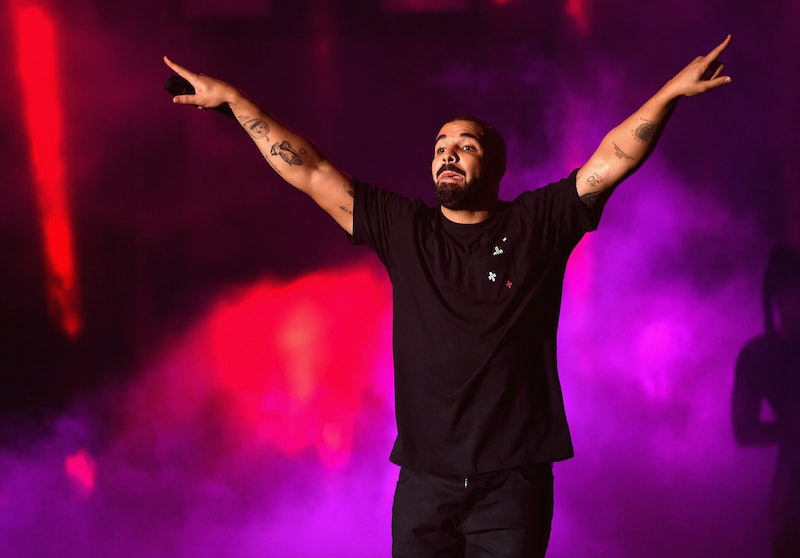 The past year has been awful in a lot of ways, but possibly the one field in which 2016 wasn't terrible was music. It saw landmark releases from some of the music industry's biggest names, and even some of the legendary artists who passed away this year still managed to drop career-defining albums before their passing. In an especially full year of new music, there was no single release as inescapable as Drake's landmark album Views . Drake's 20-track opus has proven to be a huge commercial success — it's the first album to ever attain one billion streams on Apple Music — but could Views add to Drake's total Grammy nominations?

For a star and big and bright as Drake, it's surprising to learn that he has only won one Grammy despite being nominated a staggering 27 times. Drake's sole Grammy is for the sad-rap epic Take Care, which featured hits "Headlines" and "The Motto," emotional deep cuts "Marvin's Room" and "The Real Her," and introduced many listeners to superstars The Weeknd and Kendrick Lamar. Could Views repeat Take Care's success? There are plenty of opportunities for Drake to earn even more nominations and hopefully, take home some more trophies at the 2017 Grammys — especially in these categories.

Drake has been nominated for Best Rap Performance every year since 2010. First for his breakout single "Best I Ever Had," followed by "Over" off his debut album Thank Me Later in 2011, his Nicki Minaj collaboration "Moment 4 Life" in 2012, Take Care single "HYFR" in 2013, Nothing Was The Same breakout hit "Started From The Bottom" in 2014, non-album hype track "0 to 100 / The Catch Up" in 2015, and infamous Meek Mill diss track "Back to Back" in 2016. Drake has put in the work and is clearly destined to win Best Rap Performance eventually. But for which song? Most of the eligible hits off of Views — "One Dance," "Too Good," "Controlla" — feature Drake singing more than rapping. A more typical rap song like "Hype," "Still Here," or the Cheesecake-friendly "Child's Play" might be Drake's best shot at taking home a Best Rap Performance Grammy.

The Best Rap Song category focuses more on the craft of the songwriting than the vocal performance itself, but that hasn't kept Drake from racking up nominations in this category. There is no denying that nominated tracks like 2016's "Energy," 2013's "The Mottom" and Best Rap Performance nominees "0 to 100 / The Catch Up," "Started From The Bottom," and "Best I Ever Had" are great songs in their own right.

As a rapper and a singer, Drake's most frequent collaborator in this category is himself, switching seamlessly between rapping and singing. And although Drake himself said in "5AM in Toronto" that "every song sound like Drake featuring Drake," the Grammys do not recognize self-collaboration. Luckily for Drake, he's got some of the best collaborators in the business.

Drake has received collaboration nominations for verses on DJ Khaled's "I'm On One," Rihanna's "What's My Name," ILoveMakonnen's "Tuesday," and Nicki Minaj's "Only." This year, Drake's best shot at the Rap/Sung Collaboration wasn't even on his own album. Although Views cut "Too Good" might be the best Rihanna-Drake collaboration ever, Drake doesn't actually rap on it. His verse on her dancehall-influenced mega-hit "Work" will likely bring Drake a sought-after Rap/Sung Collaboration Grammy.

Best Rap Album has, so far (gone), been Drake's bread and butter. It's the only category he has ever won in, but all of his solo albums since Thank Me Later have been nominated for Best Rap Album. While Thank Me Later, Nothing Was The Same, and If You're Reading This It's Too Late failed to nab the award, Views is exactly the kind of epic, sprawling collection of songs suited to take home the Best Rap Album award. His only obstacle may be the other nominees, as 2016 also saw high-profile releases from Kanye West and Chance The Rapper. It won't be easy, but Drake isn't the type of person who would want to win something if it was easy.

Although those four categories have all shown Drake love in the past, it's likely that he could find himself breaking into new categories like Album of the Year for Views, or Record Of The Year for "One Dance." Drake's success in the Rap categories has been plentiful, but 2017 might finally be the year when the Grammys recognize that he isn't just a rap icon — he's also a pop star. And if that's what happens when the 2017 Grammy nominations are announced on Dec. 6, Drake's total of 27 Grammy nominations could grow exponentially.

More like this
Lisa Marie Presley Reviewed Baz Luhrmann’s ‘Elvis’ Movie On Twitter
By Grace Wehniainen
Twitter Is Upset About The 'American Idol' Top 3 Results: "Who TF Is Voting?"
By Jake Viswanath
Stormi Just Walked A Red Carpet With Mommy Kylie Jenner & Daddy Travis Scott
By Hugh McIntyre
Is Megan Fox Pregnant? MGK Gave A Shout-Out To Their “Unborn Child” Onstage
By Hugh McIntyre
Get Even More From Bustle — Sign Up For The Newsletter