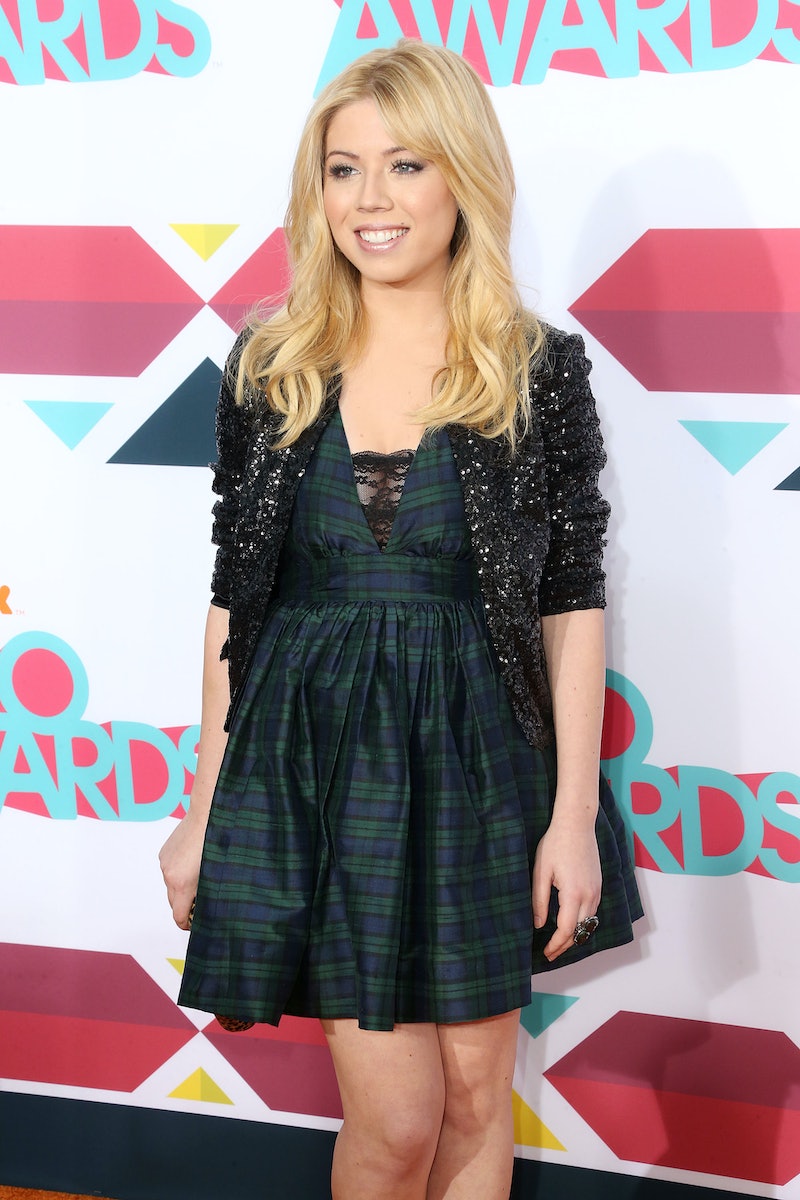 Oh, Nickelodeon and Disney. When will you ever learn that your stars get naked sometimes? The NY Daily News reports that Nickelodeon has not renewed Sam And Cat after star Jennette McCurdy's lingerie photos hit the Internet. The network says that's not why they're pulling the plug after Season 1 on the super popular tween show, but yeah. Okay. Sure.

About a month ago, McCurdy, who plays Sam alongside Ariana Grande on the super-popular tween show, entered a photo scandal that's not particularly unheard of for young stars on family-friendly channels. Apparently, performing for an audience of 9 to 12 makes people want to get naked to prove their respective womanhoods. I hear you, but I remind myself I'm a grown-ass woman everyday I pay bills, show up to work on time, and buy vegetables, but you know, different strokes for different folks. But wait! The photo leak wasn't intentional.

McCurdy, who is 21, sent some photos of her in lingerie to somebody, and apparently, that raunchy soul leaked her sexxxxxy pic, which wasn't particularly family friendly, but, like on a scale of one to Vanessa Hudgens, they stay more in a five zone. The photos surfaced, and it set the gears in motion for a feud, that only escalated when McCurdy chose to not show up for the Kid's Choice Awards. How do you get slimed in front of your adoring fans after they've seen you in your underwear?

Now the big question that everyone's wondering is if Nick is really giving this show the ax because of McCurdy's saucy photos. After the KCAs, she tweeted:

A lot of you guys are asking why I didn't attend the KCAs.... I wish I could explain everything as thoroughly as I would like to, but unfortunately a simpler explanation is all I can write. I was put in an uncomfortable, compromising, unfair situation (many of you have guessed what it is) and I had to look out for me. I chose to not go because sticking up for what is right and what is fair is what my mom taught me is ALWAYS the most important thing. I want to thank those of you who have reached out with kind words of support, McCurdians and Arianators alike. No matter who or what you support, I believe in supporting fairness first. If you have done that, thank you.

Did you think the "uncomfortable, compromising, unfair situation" was the pics? Sure sounds like it! But she then followed up that tweet with this one:

My previous tweet has nothing to do with pics leaked.oh you guys lol.

Uh huh. Nickelodeon says that "everyone is understandably tired" since the show had filmed forty episodes over the past and only season, but it sounds like what they're really tired of is their star's provoking scandal. Ah, well. Another page in the book of Nickelodeon and Disney star scandals has been written.