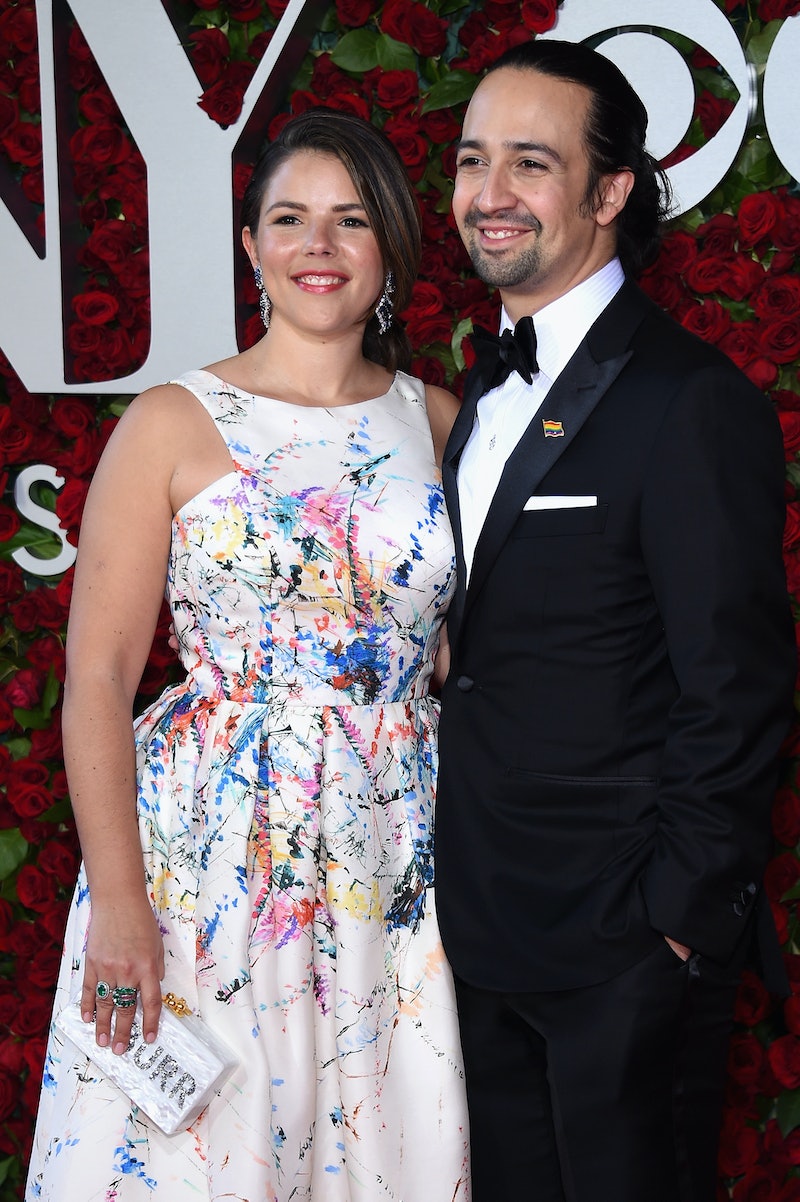 It has finally happened. A milestone has been reached for Lin-Manuel Miranda's son that must be celebrated by us all. Miranda and his family indulged in a viewing of Moana , for which Miranda himself was a composer, as tweeted by the Tony Award winner. The fun twist is that Moana was the first film that Lin-Manuel Miranda's son has ever seen. Ever. Needless to say, it was a special moment for the entire family and luckily, for us, Miranda recounted the highlights of the big event on Twitter. Prepare yourselves because nothing but cuteness awaits you.

Taken courtesy of Miranda's wife, Vanessa Nadal, a photo popped up on Miranda's Twitter feed of he and his young son (whose face was covered with the heart-eyes emoji to protect his privacy) watching something. "Good morning [world]. Took my son to his first movie, Moana. @VAMNit snapped this. It was amazing." Not only is it an adorable moment, but knowing that the entire family was there to celebrate in Miranda's success while also documenting a big moment is the kind of thing that just makes Mondays better. You know? Plus, it's an unspoken rite of passage to have your first ever film be a Disney film, as many a Millenial can attest, so I think it's safe to say Miranda and Nadal are basically nailing this parenting thing.

And if your heart isn't already a pile of mush, then you should know that Miranda also included two big highlights from this milestone event, too. He added on to the original tweet these two notes: "He sat through the whole thing and climbed into my lap during We Know The Way (and sang along)," and then, "Got a bit of a pouty lip at Tamatoa, and said "oh no." But didn't cry." While it's probably not surprising in the least that Miranda's son would know the lyrics to "We Know The Way" because he ostensibly heard it while Miranda was composing it at some point, it is nonetheless incredibly adorable that he was able to sing along. It looks like he might have inherited some musical chops from his pops, don't you think?

Until Miranda and his son grace us with their own recorded duet of "We Know The Way," we'll just have to settle for this delightful version taken straight from Moana. Released Monday, it's the perfect teaser that should convince those of you who still have not seen Moana (how have you still not seen it?) to go see it ASAP. Don't you want to be as cool as Lin-Manuel Miranda's son?