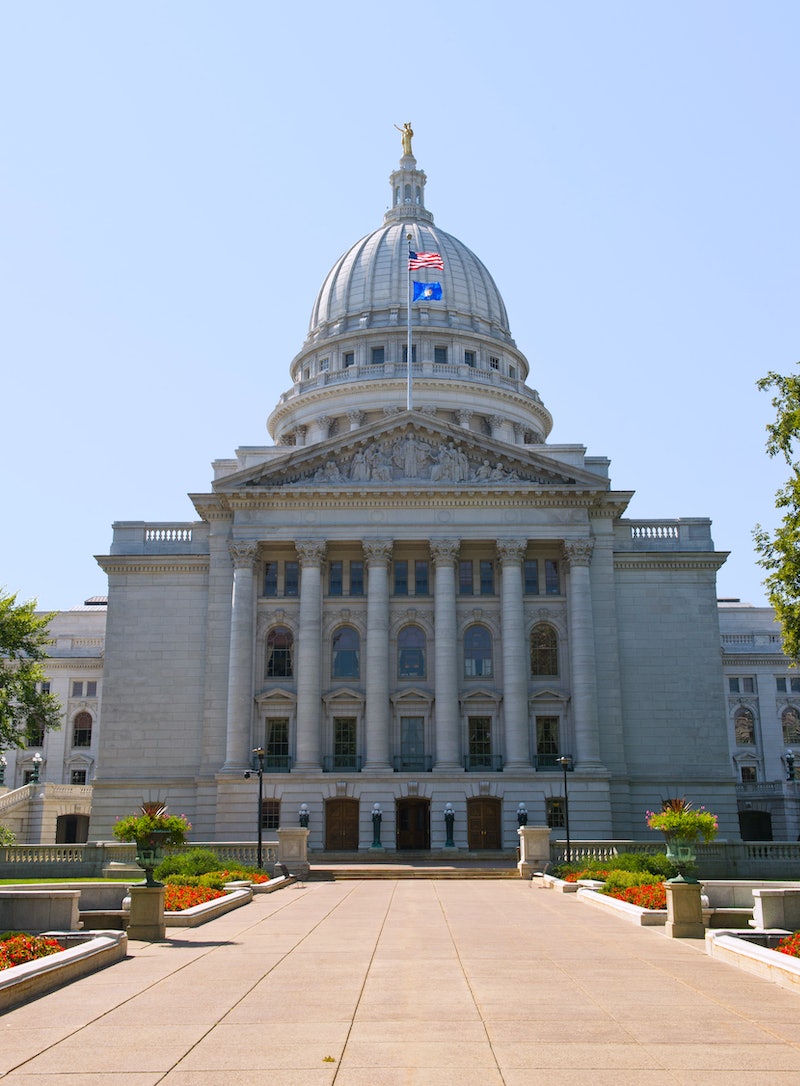 Assuming that Wisconsin will follow the same protocol as in 2012, the electors will meet at noon at the Governor’s Conference Room. There, the electors will fill any vacancies that may have occurred, and then will cast their ballots for president by signing the six federally mandated “Certificates of Ascertainment,” which the states send to Washington, D.C. for the official ballot counting on Jan. 6, 2017.

If the final election results hold — Republican Donald Trump currently has a 22,000-vote lead — then the GOP slate of electors will meet two weeks from today to cast their ballots. Among them are Steve King and Mary Buestrin, the National Committeeman and Committeewoman (apparently those are real titles) for the Wisconsin Republican Party, as well as GOP committee chairs from various Wisconsin Republican Caucuses. The only limitations on who can serve as an elector is that they cannot be a U.S. Senator or Representative, nor can they be a federal employee.

Of course, as Wisconsin’s recount continues, there remains a remote possibility that, should the results of the election shift in Hillary Clinton’s favor, the Democratic slate of electors will meet in the Governor’s Conference Room instead. This slate is similarly composed of state party officials, including the chair of the Wisconsin Democratic Party, Martha Laning.

The recount, which is in its fourth day, has so far changed little — in fact, as of Sunday, Trump has improved in Wisconsin by 39 votes — and the state has to finalize their election results by Dec. 13, according to federal law, to ensure accurate Electoral College votes.

Green Party candidate Jill Stein initiated the recount just after Thanksgiving, after a computer scientist at the University of Michigan was reportedly encouraging the Clinton campaign to ask for a recount. When the Clinton camp demurred, Stein took up the cause, and has raised over $7 million for the effort. (Many have noted this amount far exceeds Stein’s total fundraising for her own presidential campaign, around $3.5 million.)

Not since 2000 has there been this much uncertainty about the results of an election following Election Day, with both parties' electors hoping (even if it's against the odds) that they will be traveling to Madison.