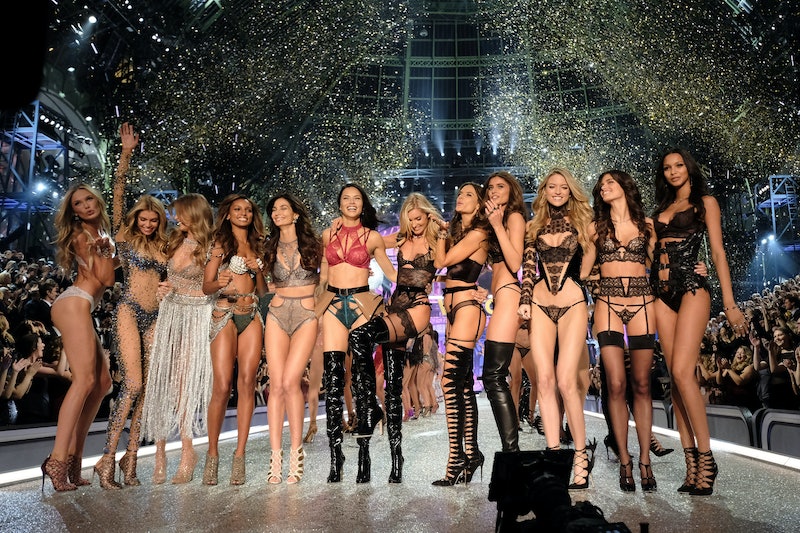 ICYMI, the entire internet tuned in to the 2016 Victoria's Secret Fashion Show on Monday night. The show only comes around once a year, and every time it seems to get bigger and more over-the-top. Monday's show was no exception, and from the moment the one-hour show started, it was nonstop action, performances and so much glitter.

From the high-energy opening number of the show to Lady Gaga's slower performance of her power ballad "Million Reasons," even the first 10 minutes of the show brought so many memorable looks. Of course, beyond the over-the-top outfits, big hair and gorgeous makeup, watching the internet react to the VS Fashion Show is one of the best parts about watching it.

At this point in today's social media-obsessed society, it's pretty much a given that people are going to turn to the Internet to share their thoughts about the annual show. And if something isn't turned into a meme, did it really happen? If you watched the show Monday, chances are you were simultaneously scrolling through Instagram and Twitter on your phone to make sure you weren't missing any hilarious commentary about the show.

If you didn't happen to be doing that and are catching the show at a later date, I'm here to help. Here are the best Twitter reactions of the night.

The proudest mom ever.

The best feeling in the world.

I mean, for real.

Is that made by Victoria's Secret?

If you didn't have a chance to watch the VS show live, I highly suggest you re-watch (and follow along with these memes).