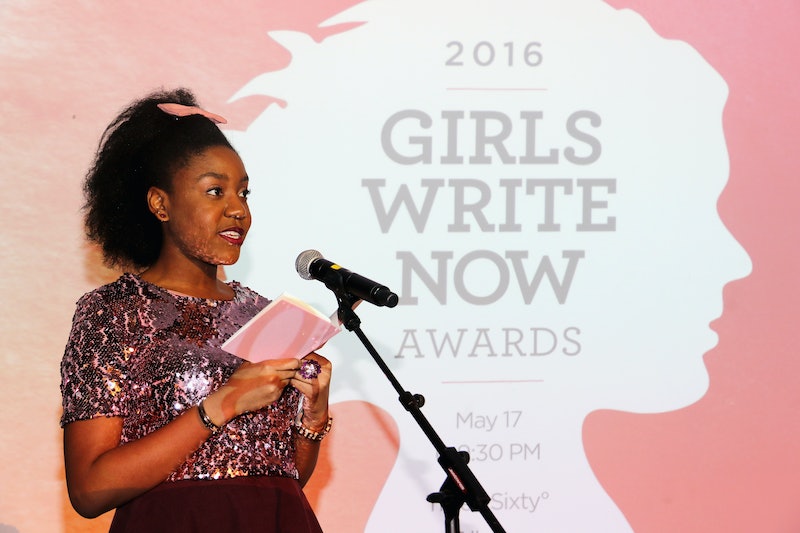 For those of us who support women's rights (which, if you don't, begs the question of what on earth you're doing reading this), this has been an intensely disappointing and tricky year. America's decision to elect a self-declared p*ssy-grabber as president has mystified and horrified many of us, but the wave of sexism hasn't just been confined to the United States; it pervaded the Olympics, Australian politics (where it has always lived), Kenyan talk shows, the Swedish center-right and, I don't know, basically anywhere else you care to look. The inequality of the sexes remains a pervasive problem, from domestic violence to economic disadvantages in developing countries. The good news is that there are a lot of very talented, very driven women working to change this in formation, and as part of your Christmas giving, you can help these feminist organizations out.

Worthy feminist organizations come in many shapes and sizes, hence why I've offered a variety for your perusal. Some operate in specific countries, others worldwide; some focus on legal issues, others on grassroots political campaigning, others on empowering women in a specific way (writing, beauty, education and so on). All do amazing and worthy work, and we should take a minute to be proud that, even in a world where it's incredibly hard to be a woman, there are so many brilliant fighters hoping to push us forward into a future where misogyny, inequality, and sexism don't actually rule the day.

Got some spare money to give this holiday season? Put it towards a feminist fighting force. You won't regret it.

What They Do: Project Glimmer gives gifts of cosmetics and jewelry to underserved girls around the world to give them a taste of luxury and joy. Its founder, Sonja Hoel Perkins, tells Bustle, "We believe these are more than just gifts; by letting these at-risk teenage girls and women know their community cares, we give them dignity, joy and inspire them to believe in themselves. And when they feel valued by their community, they feel worthy and when a girl believes in herself she can change the world."

Since they launched in 2010, Project Glimmer has given more than 135,000 gifts to thousands of girls and women nationwide. "In addition to the holiday season, we give gifts for Mother’s Day, birthdays, and graduation," Perkins says. It's definitely a worthwhile cause, and a good place for any new, unboxed accessories, jewelry, or make-up you have lying around.

What They Do: RAINN is one of the nation's biggest campaigning organizations around sexual violence, helping victims, running a national helpline, lobbying public policy-makers, putting out awareness campaigns about what survivors "look like," and generally offering massively needed support to people in dangerous and upsetting situations. You can fundraise, volunteer your time for the hotline, or share your own story of assault to help out others.

Donate or find out how to get involved here.

What They Do: On the international stage, WFWI is a massive badass. They've got centers around the world for helping women affected by combat and war, giving them business training, education, knowledge about reproductive health, and other massive assets, from getting them jobs to connecting them with doctors. They believe women are the key to a better world, and battling poverty and conflict by supporting them is the best way to help out.

Donate, sponsor a woman or give a gift here.

What They Do: Interested in law? Equality Now is using the legal systems of countries around the world to shape better outcomes for women, from outlawing female genital mutilation to preventing child marriage and helping victims of domestic violence. They've been holding governments to the standards of international law and fighting out legal battles on behalf of marginalized and brutalized women for nearly 30 years. And they win, too. Superficially speaking, anything that attracts the support of everybody from Gloria Steinem to Joss Whedon has got to be awesome.

What They Do: Look, I can't say it better than the women themselves: "LPJ is a cabal of comics and writers exposing creeps hellbent on destroying access to birth control and abortion. Inclusive. Intersectional. Fun as F*ck." They aim to raise awareness of political threats to women's access to reproductive healthcare across the U.S. using humor and some wicked burns. It's great.

What They Do: The Global Fund For Women is basically a connection service: they find awesome women's groups targeting grass roots inequality issues around the world, and offer them expertise on how to achieve their goals, funding, access to the right people, and other aids to general ass-kicking. It's a collaborative effort designed around the idea that, collectively, women are a seriously powerful force with skills to be reckoned with.

What They Do: Now, more than ever, NOW's role in American politics is crucial. Facing a Trump presidency, the NOW mission of fighting for women's rights across the country on legal and educational battlefields is key. They've taken lawsuits to the Supreme Court to prevent violence against patients and doctors at abortion clinics, work hard to mobilize the female vote across the U.S., and have an extensive campaign to help victims of domestic violence retain custody of their kids in family court. They're specific, and thorough, and a very big deal.

What They Do: Here's the gutting statistic on the NCADV's front page: "In America, one woman is fatally shot by a spouse, ex-spouse or dating partner every 14 hours." The NCADV is a place for victims and survivors of domestic abuse to find help, safety, financial freedom and support, and also a lobbying platform to increase their protection under the law. It does everything from advocate for domestic violence awareness in popular culture to offer plastic surgery for badly injured victims.

Association for Women's Rights in Development

What They Do: "Deep sustainable change for women’s rights requires women’s collective action and power," AWID declares, and they've been fueling that fire for decades. International development often lacks a feminist perspective, and AWID is out to change that, emphasizing the role of women in development plans and organizations, and speaking up at the United Nations and other venues. They also provide on-the-ground help for female activists around the world, trying to help out woman rights defenders (WRDs) who are facing violence and abuse as they try to fight for change.

What They Do: A writer at heart? Girls Write Now is likely the charity for you. And, fittingly, they've expertly distilled their ideas down to one paragraph: "Girls Write Now mentors underserved high school girls from throughout New York City’s five boroughs — over 90% high need and 95% girls of color — who must rise above the race and income-based inequalities of the city’s public school system and the nation’s workforce. Through one-to-one mentoring with professional women writers and media makers, writing and technology workshops, and leadership, college prep, and professional development opportunities, we inspire women to share their craft and empower girls to find their voices and tell their stories." I mean, Roxane Gay and Janet Mock think they're amazing. I think you can trust them.

More like this
How To Fight For Reproductive Rights, Based On How Much Time You Have
By Courtney Young
Megan Barton-Hanson On Bi-Visibility & The Need For LGBTQ+ Love Island
By Sam Ramsden
34 Quotes That'll Inspire You On Juneteenth & Beyond
By Syeda Khaula Saad and Siena Gagliano
Juneteenth Is Now A Federal Holiday — Here's What That Means
By Lani Seelinger and Syeda Khaula Saad
Get Even More From Bustle — Sign Up For The Newsletter