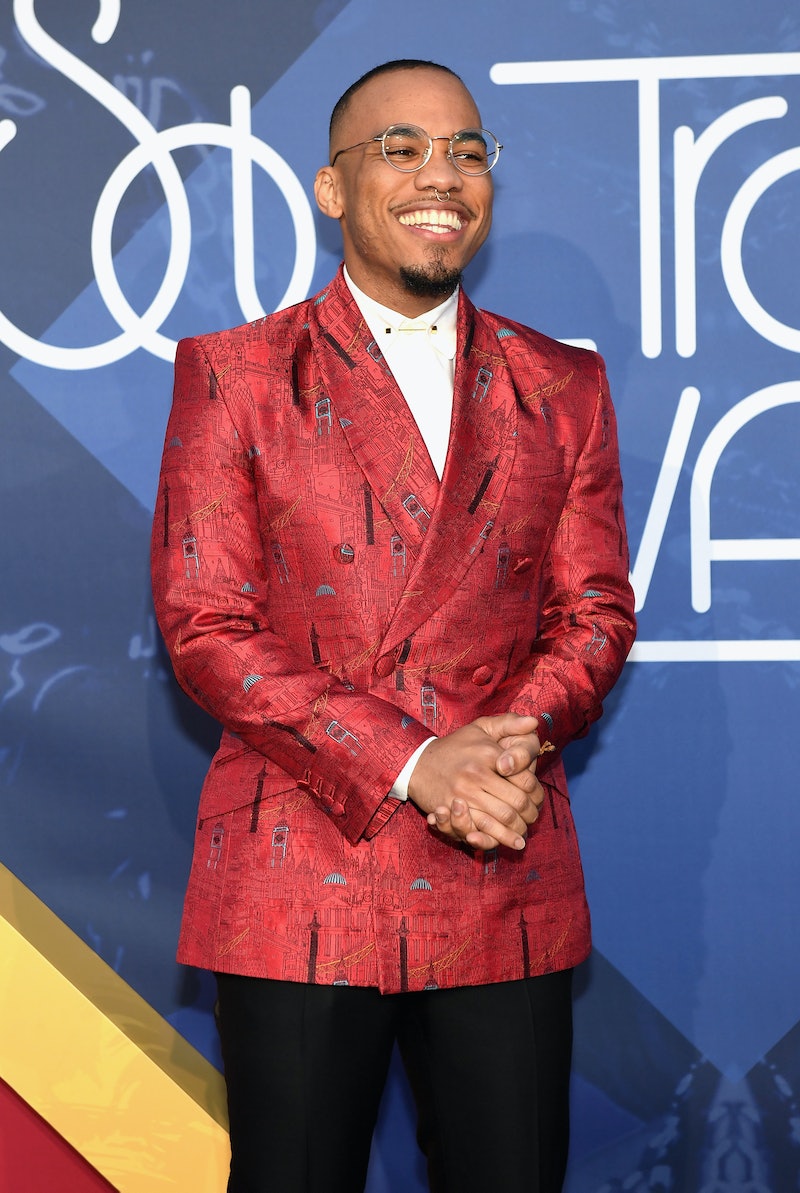 This year, it really feels like the Grammy Awards broadened their horizons and included a very diverse group of artists. The Best New Artist category is one of the most anticipated, and this year it also represents quite a few different genres, including pop, country, R&B, and hip hop, with nominations for Chance the Rapper, Maren Morris, The Chainsmokers, Kelsea Ballerini, and Anderson .Paak. After a nomination of this caliber, the music world and beyond will definitely be taking a lot more notice of these young artists, so, for one, who is Anderson .Paak?

While the other 2017 Best New Artist nominees might have some more recognition in their respective genres (I mean, who hasn't heard "Closer" by The Chainsmokers?), Paak is an artist who has yet to be widely played on the radio, but has become a favorite of music critics, internet blogs, and R&B fans as a whole for his unique singing and rapping, with tinges of jazz, R&B, soul, reggae, and more. As far as the nominees this year, only Chance the Rapper competes with Paak's unique sound and backstory, one that proves while Paak is new to the mainstream, he has been proving himself for a long time before, and this nomination is well-deserved.

He Used To Go By Another Stage Name

His first two albums were released under the name "Breezy Lovejoy." He told The Guardian of his earlier career, “I didn’t always take myself that seriously...Image-wise, I was somewhat of a jokester.”

He Has Already Released Multiple Albums

Yes, he's a Best New Artist for the Grammys, but Paak released his first album in 2012, O.B.E. Vol 1, and it was followed by a few EPs and digital released since then. His first major albums as Anderson .Paak were 2014's Venice followed by 2016's Malibu.

According to an interview with LA Weekly, Brandon Paak Anderson was born in Oxnard, California to a black father and Korean mother.

He Has Another Band

Along with being a solo artist, Paak is one-half of duo, NxWorries, with producer Knxwledge. In October 2016, they released their debut full-length album, Yes Lawd!, which received wide acclaim.

He Is Dr. Dre's Protege

According to The Guardian, in early 2015 Dr. Dre was huge fan of his viral song, "Suede" with NxWorries, and he got a meeting with Paak to try to sign him. According to LA Weekly, they quickly decided to work together and Paak secured six guest vocal spots on Dre's album, Compton , which is an impressive feat for a new artist. In early 2016, Paak signed to Dre's Aftermath label.

He Has His Own Label

In an interview with Green Room Magazine in 2015, Paak said that he has own label imprint O.B.E., meaning "out of body experience." He said of his future endeavors, "But right now I would like to help other artists achieve their vision and if I can help with that, and maintain a standard of excellence, that’s what I want to do with my imprint."

Sounds like a Best New Artist Grammy nomination is just another impressive step in Paak's career and his immense talent has become to big to ignore any longer.

More like this
Hugh Jackman & Deborra-Lee Furness’ Relationship Timeline Started With A Mutual Crush
By Hugh McIntyre
The EGOT Winners List: Only These 17 Artists Have Ever Reached EGOT Status
By Radhika Menon and Marina Watts
Tristan Thompson Plays Drake’s Best Man In A Music Video Wedding With 23 Brides
By Grace Wehniainen
Zooey Deschanel Can't Be Anyone But Herself
By Samantha Leach
Get Even More From Bustle — Sign Up For The Newsletter