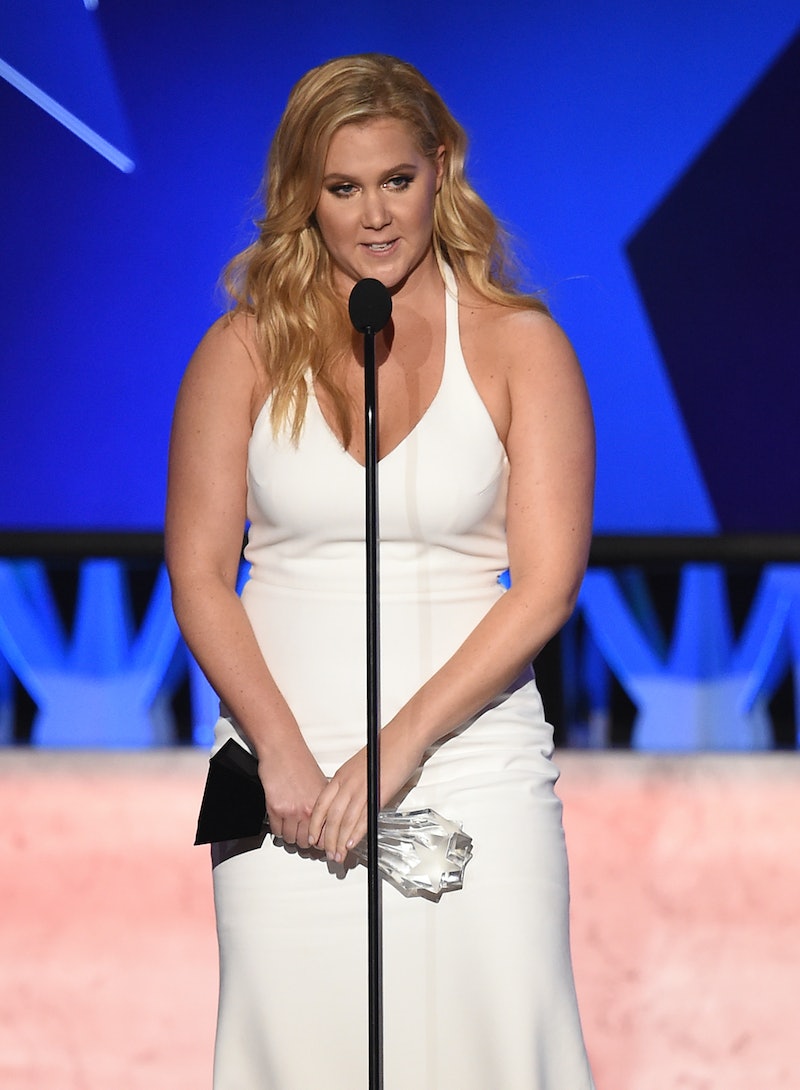 The Grammys — a time when fans come together to honor the best musical feats of the year and the most talented musicians in the business. A time when the best album (ahem, Lemonade) gets discussed ad nauseam and artists who worked for this moment get the recognition they deserve. Also, it's a time when Amy Schumer gets the chance to win some (more) awards. Yes, standup comic, actor, writer, and all-around talented human, Schumer, has been nominated for the 2017 Grammys.

Schumer isn't the first female comic to have a spot in the Best Spoken Word Album category. Joan Rivers and Betty White have both received the winning Grammy for their audiobooks, and SNL alums Tina Fey and Amy Poehler have been nominated for the award too.

But, before you go thinking that Schumer has this on lock, consider who she's up against. For Best Spoken Word Album, Schumer sits alongside Carol Burnett for In Such Good Company: Eleven Years of Laughter, Mayhem and Fun In The Sandbox; Patti Smith for M Train; Tom DeSavia and John Doe for Under The Big Black Sun: A Personal History of L.A. Punk; and Elvis Costello for Unfaithful Music & Disappearing Ink.

For Best Comedy Album, the lineup is also tough. David Cross has been nominated for "...America...Great...," Margaret Cho for "American Myth," Tig Notaro for "Boyish Girl Interrupted," and Patton Oswalt for "Talking for Clapping."

Schumer's double nomination means she's twice as likely to actually take home a Gramophone than Fey or Poehler were during their respective years. So let's say hypothetically she loses Spoken Word Album to the legendary Carol Burnett or Patti Smith, she can still walk away with Best Comedy. Knowing Schumer, even if she doesn't win either, she'll definitely make it a night to remember. Or in the very least, she'll use the nominations as material for an upcoming routine.

More like this
Selena Gomez Explained Why A Past Album Cover Made Her Feel “Really Ashamed”
By Grace Wehniainen
You Might Want To Rewatch 'Elvis' For This Britney Spears Easter Egg
By Grace Wehniainen
The Tragic Reason Elvis Never Toured The UK
By Sam Ramsden
Photos Of The 'Elvis' Cast vs. Their IRL Counterparts Will Have You All Shook Up
By Grace Wehniainen
Get Even More From Bustle — Sign Up For The Newsletter