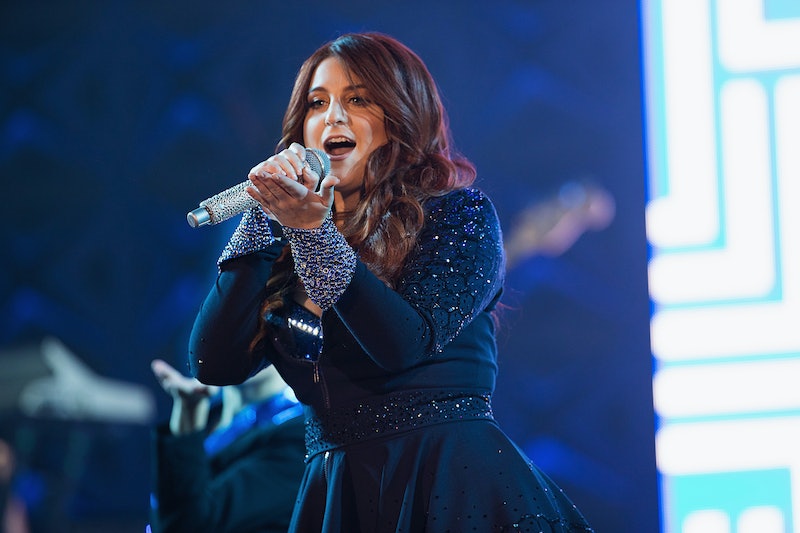 Being a successful woman is not defined by an age, race, style, or body type. This year, Billboard shines a light on that with a stellar lineup of honorees at its Women in Music 2016 event on Friday. What's beautiful about the stars being honored that night is the celebration of all women who've paved the way in music, from vets like Madonna and Shania Twain to up-and-comers like Halsey and Alessia Cara. Women at different points in their professional singing careers are getting the nod, which proves accomplishments come in many forms. As these women continue to trail-blaze their way through the entertainment industry, they've also carved out a special space for their authentic individuality and art, which will be honored come Friday as well.

Here's a bit of a rundown. Crazy-talented (in many areas) Hailee Steinfeld will be hosting the big event as well as performing her hit "Starving." Did I mention she's only 19? What a boss. A few rising stars will be honored, as their voices slayed the charts this year. To no surprise, 20-year-old Alessia Cara will be rewarded for her bold songs like "Scars to Your Beautiful" and "Here" by receiving the Rule-Breaker Award. Halsey, who holds her own apart from collaborations with Justin Bieber and The Chainsmokers, is being honored as Billboard 's Rising Star. Her debut album Badlands landed the No. 2 spot on the Billboard 200, going platinum in a month. Then there's country artist Maren Morris who will be honored as this year's Breakthrough Artist. Hats off to these women.

Also will be a handful of seasoned showbiz stars to be recognized for their ongoing impact. Coming off of a devastating few years, Kesha will receive a trailblazing honor, not only for her role as a performer, but as a songwriter as well. I mean, she's written 10 Billboard 100 Top 10 hits. It'll be amazing to watch Kesha receive such an honor for her natural talent, overcoming everything she's been through recently. Additionally, Meghan Trainor will be awarded with the Chart-Topper trophy. I've had her catchy, confidence-boosting songs stuck in my head for days, sometimes weeks. Definitely not complaining. And inspirational "Rise Up" singer Andra Day will also be awarded for her one-of-a-kind pipes by receiving the Powerhouse honor.

Of course, Billboard must pay respect where respect is due. Fans will be thrilled to watch legendary performers Madonna and Shania Twain get the honors they deserve after crushing it in the business for three decades. Country's queen Shania Twain will take home the Icon Award (because "Man! I Feel Like a Woman" deserves it alone). And taking the gold of the night is Madonna, who's being honored with the Woman of the Year Award.

From this preview alone, I'm feeling inspired. Friday night is sure to be one for the books, because 2016 was truly women's year in music. Hopefully these women inspire others to continue that legacy.