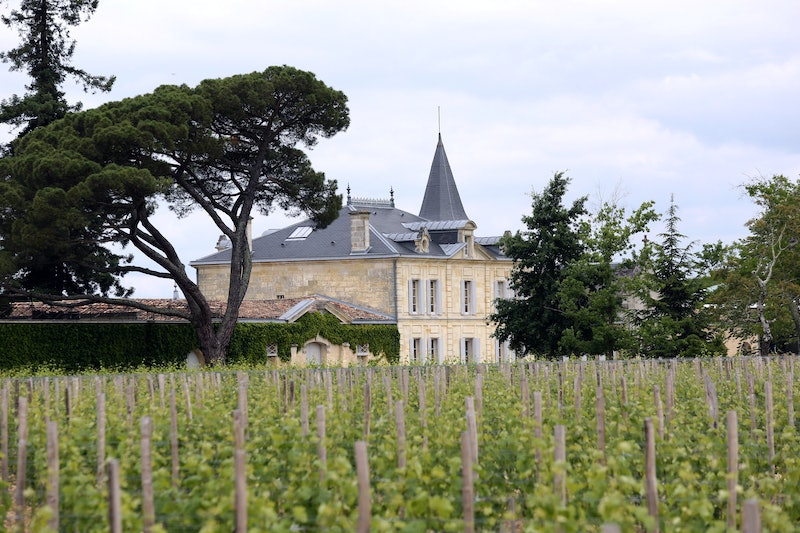 The concept of "getting away from it all" is so appealing to a writer. A sparse, clean room, a tiny town full of colorful characters, no phone calls, days full of solitude, and nights spent drinking cheap white wine at a rundown bar? Throw in a couple of MacArthur Genius Grants, and you've got yourself the ideal writing life.

If you're trying to get some serious writing done, you can't afford to go to New York or Paris — there are just too many distractions, and you'll end up selling your MacBook Air and/or soul for a chocolate croissant. You need a town that's off the grid, a little run-down, and weirdly inspiring. Some place that will resonate deep within you — maybe because it's beautiful, or because it's small, or because it's lonely — and act as your muse, at least for a couple of weeks. Bring a notebook, a disposable camera, and enough money for $2 beers. You won't need much else.

1. To infuse your writing with grit

Johnny Cash shot a man in this city, just to watch him die. Betty Draper — and hundreds of other desperate women — came here to get an easy divorce. Reno, Nevada is full of casinos, drinkers, and wide-open spaces, and was described by Lonely Planet as "soothingly schizophrenic." Come here to throw back cheap whiskey, gamble your novel advance away, and feel lonely amid the chaos. Then put it all in your book.

Bonanza, Colorado is a mostly abandoned silver mining town haunted by history, hermits, and writers. Much of it has been purchased by author Antonya Nelson, who bought a building formerly owned by a woman "who had fallen down some stairs and bled to death on the property one winter. She was found in the spring, frozen in her own blood."

3. To drink brandy made with mistletoe

It's called "biska," and it's a specialty of Hum, Croatia, a place with less than 20 inhabitants that calls itself "The Smallest City in the World." If you're sick of drinking biska, wander through the ancient stone buildings dotted throughout Hum; if you get sick of Hum, bike down the Aphrodisiac Trail outside of town to gather truffles.

4. To conduct an intensive character study

The town sign may list the population as 3, but Gross, Nebraska actually only has a population of 2 — and the inhabitants are married to each other. Stay at the Nebrask Inn while you interview Mike and Mary Finnegan, the Inn's owners and sole residents of Gross. (The Inn's Facebook page hasn't been updated since 2012, but a phone call revealed that yes, they're still open.)

5. To tap into your inner pirate

The entire population of the South Pacific's Pitcairn Islands lives in, and it's an extremely difficult city to get to, since the nearest airport is 330 miles away. But if you're a fan of history, it might be worth the boat trip: almost all the residents of Adamstown are descendants of the infamous mutineers of the HMS Bounty . Writer's block? Wander up the main road in the city, aptly named the "Hill of Difficulty."

6. To get lost in the mangroves

If your writing requires a lot of mooning about in mysterious, damp forests, you may want to see about renting a room in Everglades City, Florida. It's wonderfully isolated and perfect for those who don't want to get caught writing — or doing anything else, for that matter. Fun fact: in 1990 the Miami Herald termed Everglades City "The Town That Dope Built."

7. For the oldest art colony in America

In 1620, the pilgrims stumbled onto North American soil in Provincetown, Massachusetts. In 1899, the Cape Cod School of Art opened up, and the city's been attracting pilgrims of a different sort ever since. The town only has a permanent population of about 3,000, but booms every summer with artists, writers, and same-sex couples.

The town of Marfa, Texas is a weirdo's fantasy. Both "No Country for Old Men" and "There Will Be Blood" were filmed here, it's home to the freakishly beautiful art installation "Prada Marfa," it's a major center for Minimalist Art, and even the Marfa tourism website suggests that you come there to "write your novel." Stay at El Cosmico, a restored vintage trailer park, for the loneliness of the desert and the bustle of communal arts activities all at once.

California may be full of sprawling cities, but Trinidad, California is one of its tiniest, with a population of less than 400. What it does have is a slew of gorgeous public beaches — including one that's "clothing optional" — perfect for a writer who's inspired and soothed by the sounds of waves, gulls, and little else.

…but can't afford to write there for longer than a few hours snagged at the Charles de Gaulle airport, the small French town of Saint-Émilion is a World Heritage site full of ruins, beautiful churches, and, as any Francophile writer requires, lots and lots of red wine.