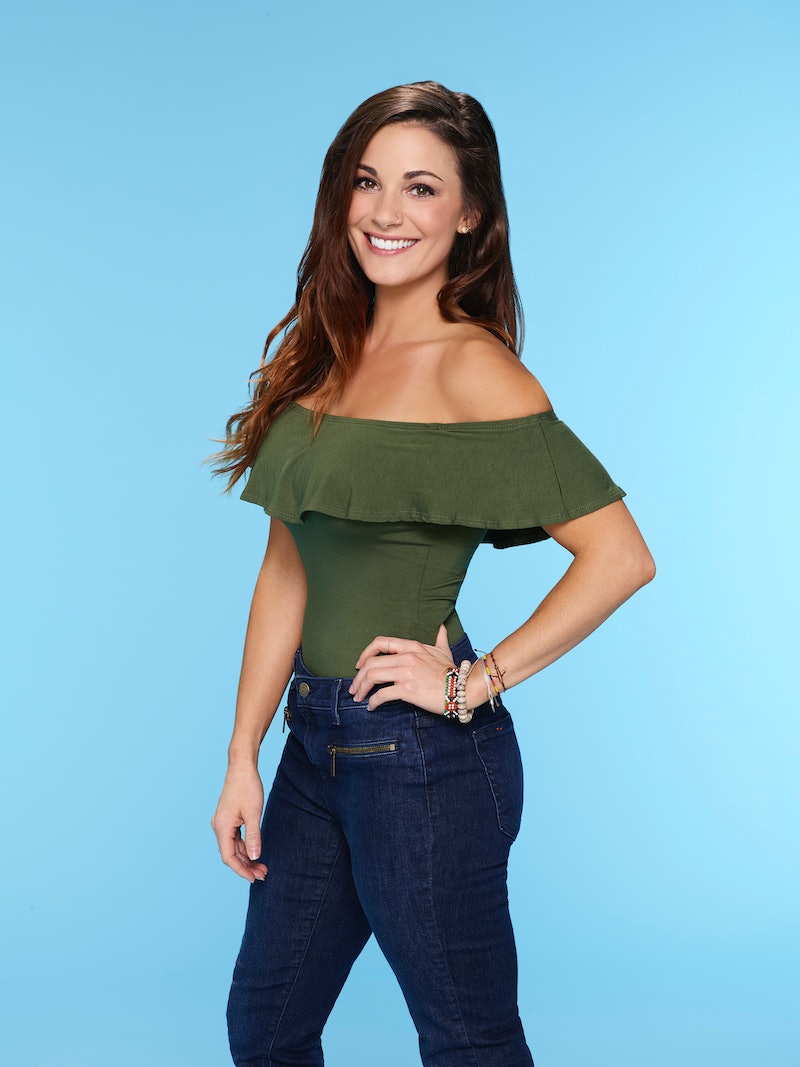 If you're an obsessive Bachelor fan, you've probably already checked out the Season 21 contestants competing for software salesman Nick Viall's heart, which were revealed for the first time on Wednesday. They're a mixed bunch, including a Southern belle, a dolphin lover, and "a woman who has a big secret involving Nick." But perhaps the woman I'm most intrigued by has to be 29-year-old Liz, who lives in Las Vegas and works as a doula. So, what is a doula? In simplest terms, this season's Bachelor contestant Elizabeth is a childbirth professional. According to DONA International, doulas provide all kinds of different support for the mother-to-be — be that emotional or educational or heck, even helping out physically during the birth. While most doulas work to give women their most rewarding labor experience possible, you can also hire a doula for way before or way after the birth.

But it's important to stress that a doula is not a medical professional. There are a whole bunch of things that you shouldn't expect a doula to do for you: They would not perform vaginal exams or fetal heart monitoring, and they really, really should not give you medical advice. This is worth bearing in mind since while doulas can receive accreditation, certification is not compulsory. However, despite this, more and more American women have expressed an interest in using a doula. In a 2013 Listening To Mothers survey, 27 percent of the women surveyed who hadn't used a doula but had heard about this type of care "indicated she would have liked to have used a doula." And the survey also suggested a small but significant percentage of women are using doulas, stating that 6 percent of the women they surveyed used doulas.

But what support are doulas likely to offer during birth? Things like tracking your birthing sensations and figuring out when to head to the hospital, setting up your birthing pool if you're doing a home water-birth, supporting you getting to the hospital, and helping you with your breathing and feeding you water during the birth. All of which can be incredibly helpful when you're giving birth.

And that's not just me saying that, that's science. According to the Cochrane review update in 2012, which used results from 22 trials that included more than 15,000 women, there were tangible benefits to using a doula. Women who had continuous support from the doula were reportedly more likely to have spontaneous vaginal births and less likely to use any pain medication, have an epidural, or experience interventions in their births (i.e. giving birth via a C-section, forceps, or vacuum). Their births were on average, 40 minutes shorter, which might not sound like a long time, but I'd imagine when you're giving birth, 40 minutes is an eternity.

While we probably shouldn't draw generalizations about professions, it does seem likely that working as a doula requires a certain degree of empathy and people skills — qualities that will doubtlessly come in handy almost as much on a dating show as they do in labor.

Editor's Note: A previous version of this article incorrectly stated that doulas require accreditation from DONA International to practice.