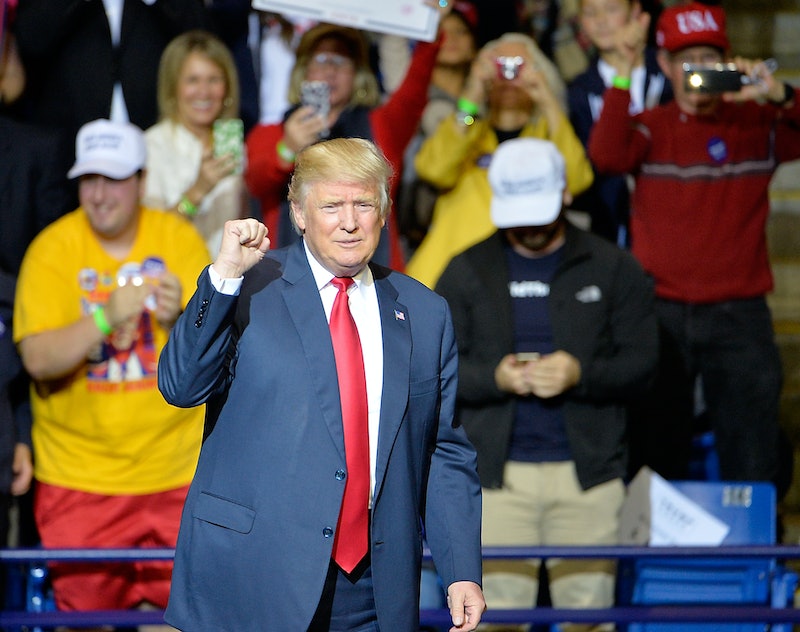 Donald Trump is TIME magazine's 2016 "Person of the Year," and though its announcement came this morning, people are already joking (and making memes) about the news. TIME's choice for "Person of the Year" always makes headlines as people express shock, outrage, and sometimes joy about whomever graces the cover. And as happens every year, many, including TIME itself, are quick to point out that being "Person of the Year" is not necessarily an honor.

Explaining its selection of Trump this year, managing editor Nancy Gibbs began by stating that the magazine names "the person who had the greatest influence, for better or worse, on the events of the year." Trump beat out the likes of Beyoncé, Hillary Clinton, "The Hackers," Turkish President Recep Tayyip Erdogan, and the doctors pioneering CRISPR. And as always, everyone has their own ideas, in seriousness and in jest, on who should have been chosen.

Luckily for us, in the year 2016, people can craft these suggestions, critiques, and wry observations as memes on the Internet for all the world to share in. Here are just a few of the funniest ways people are having a laugh about TIME's 2016 person of the year:

From Orange To White

It's worth bringing up the two times this year when TIME actually did present Trump as orange.

Many are pointing out that the "M" over Trump's head on the cover looks like devil horns, leading to speculation on how intentional the placement is or not. But as TIME has said in the past and reiterated today, horns on cover subjects happens often. Still, the darkness of the photo along with Trump's serious expression make for a particularly striking coincidence this time.

Dog Of The Year

This year was a hard one for everyone, but few made it through with as much enduring optimism as one of year's most popular memes, the "This Is Fine" dog. The character from K.C. Green's Gunshow webcomic series came to represent anyone who found themselves trapped in the encroaching fire of sadness and disappointment that was 2016.

Person Of The Year As Insult

Don't forget, we've all been TIME's person of the year before.

Dinosaur Of The Year

Isn't it due time for a non-human Person of the Year?

These are the faces that helped us process this year's events big and small, public and personal. Truly these memes and the people behind them deserved a shot at being TIME's Person of the Year this year. Better luck next time, folks.

Please give Satan credit for all he did in 2016.

Impression Of The Year

I'm sure Alec Baldwin as Trump will have something to say about this soon.

More like this
The Best Memes & Tweets About Beyonce's New 'Renaissance' Album
By Radhika Menon
'The Summer I Turned Pretty' Using “Cruel Summer” Has Twitter Begging Taylor Swift To Release A Music Video
By Radhika Menon
For These Abortion Clinic Volunteers, Going TikTok Viral Is A Risk Worth Taking
By Audra Heinrichs
YouTuber Runs Into Margaret Sanger’s Grandson While Filming
By Alexis Morillo
Get Even More From Bustle — Sign Up For The Newsletter