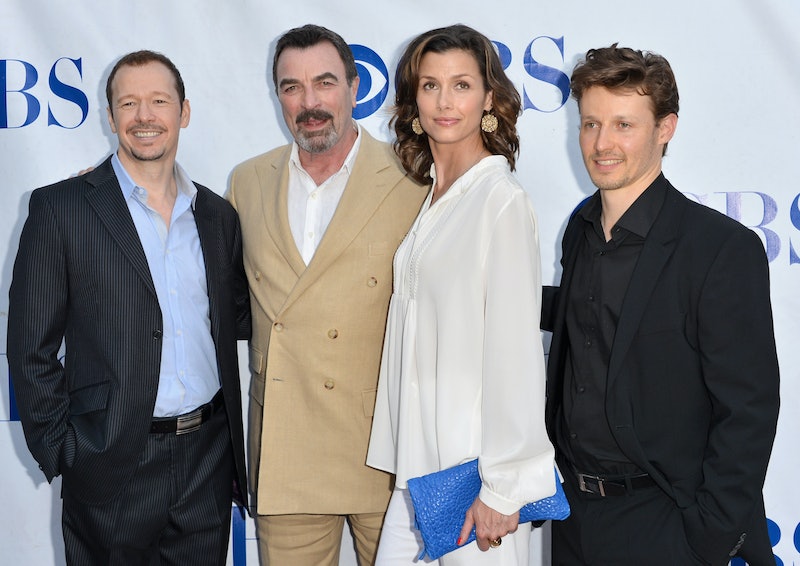 It’s that time of year again. Time to curl up on the couch with hot cocoa and settle in under a blanket while watching something like Countdown to Christmas, 25 Days of Christmas, made for TV movies about the holiday season, or It’s A Wonderful Life (which seems to always be on this time of year). While winter TV hibernation has set in, it does mean that many of regularly scheduled programs are on hiatus. So, when does CBS’s Blue Bloods return from hiatus?

Blue Bloods' Season 7 fall finale airs Friday, Dec. 9, and fans will have to wait until next year for new episodes. But, don’t worry, next year isn’t actually so far away, after all. While no winter premiere date has been announced yet, the show has premiered from holiday hiatus in mid-January in previous seasons. So, fans won’t have to sit on the cliffhanger for long.

While Blue Bloods may be on a break, there is no shortage of network television crime series to keep you warm. Seriously, just turn on CBS during primetime. But, to fill the void, you’ll need to hit the good stuff. Here are the best shows to watch during the winter hiatus if you’re a Blue Bloods fan.

If you’re into smart legal shows with a familial twist, you’ll probably also be into CBS series The Good Wife.

If you want to delve into public service and operations in NBC’s fictional Chicago universe, don’t stop at Chicago P.D. Check out its sister shows, Chicago Med and Chicago Fire.

Crime fighting in an interesting setting? Check. Strong, likable characters? Check. Light moments and satisfying endings? Check. This show is a winner for fans of the CBS crime drama genre.

Imma let you finish, but no one does a police procedural drama better than Mariska Hargitay.

Another crime series about a son following in his father’s footsteps — though, on Hawaii Five-O, a father’s tragic death fuels his son's career ambitions. Oh, and it’s set in Hawaii.

This NBC crime thriller is a twist on the usual formulaic cop storyline. This time, the high profile criminal has mysteriously switched sides to bring down the deadliest threats to the country.

This Canadian police series chronicling graduates of the police academy has been compared to Grey’s Anatomy. I had you at Grey’s Anatomy, didn’t I?

A Chicago police detective takes his expertise to the Florida Everglades in this four-season A&E dramedy.

So, there's plenty out there to watch until January. Enjoy!