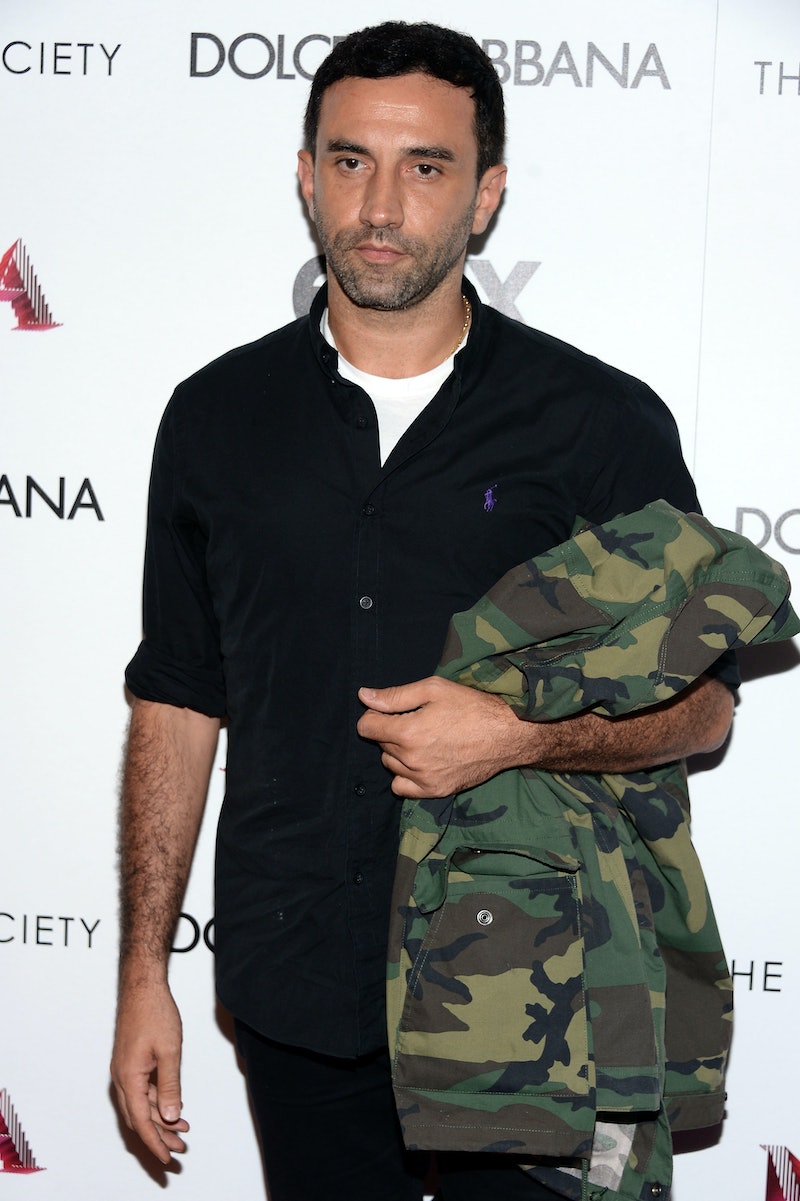 Riccardo Tisci, Creative Director of Givenchy, has had quite the packed schedule as of late. In the past few months alone, he's co-chaired the Met Gala, designed outfits for Rihanna and Beyonce, and flown to New York to accept the CFDA's International Award. Seemingly the only thing not on his to-do list? Designing couture. WWD reports that, for the second year in a row, Tisci has decided to focus on projects that will give Givenchy a financial push, rather than present at Paris Couture Week on July 1-4.

The first project that has Tisci's attention is a line of unisex timepieces. Now, watches are great and everything, but I can't help but feel a pang of sadness when I think of a Givenchy without couture. (Cue a very stylish whomp whomp sound.) Without couture, fashion is just all trends and money. Couture is what allows fashion to become art. So, while I look forward to continuing to see Tisci's designs on the red carpet and stage, I will still be patiently awaiting the day they once again walk the runway.