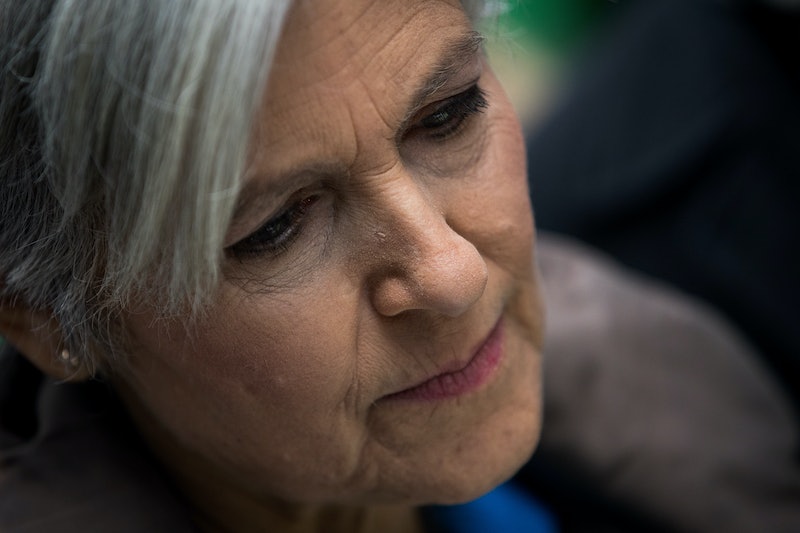 The recounts currently underway in Wisconsin and Michigan — and possibly Pennsylvania, too — are many things to many people. To those on the left, it’s a rallying cry for people upset by Donald Trump’s presidential victory (and popular vote loss). For those on the right, it’s a waste of time and a sign of sore loserdom. But one thing’s unarguable: the recount is expensive, and many are wondering how much the recounts will, ultimately, cost.

Part of the problem is there are several ways to define what we mean by the “cost” of the recount. So far, much of the conversation has centered around how much the states will have to spend to do the recounts — costs for hiring staff and securing space to perform the recount — a number that can vary wildly from state to state, or even day to day.

In Michigan, where the recount began Monday, early estimates put the cost at around $1 million, which is roughly the cost of the fee to file for a recount in that state. However, Michigan Secretary of State Ruth Johnson said, "The cost of this recount to Michigan taxpayers could easily reach into the millions of dollars. Based on Wisconsin’s estimate, Michigan taxpayers could be paying $4 million despite the $1 million the Green Party nominee must pay to have the recount. Nevertheless, county clerks have been gearing up to complete this recount under a very challenging deadline."

Other costs for the recount include the lawyers that Stein will have to send to observe the recount on behalf of her campaign. The Clinton campaign is also sending lawyers, though it’s unclear if the Stein and Clinton camps will work in tandem.

And, of course, this is only for Michigan. In Wisconsin, the state estimated that the cost of the recount would be around $3.5 million, which the Stein campaign said it would cover. As of Wednesday, Stein has raised over $7.2 million towards recount efforts.

In Pennsylvania, Stein’s efforts are in a holding pattern, following the Green Party’s filing of a federal suit to force a statewide recount. A similar lawsuit filed in Pennsylvania state court was withdrawn when the judge asked for a $1 million bond from the plaintiffs to cover the cost of the recount. It is unclear what a recount in the state would look like, considering that their computerized voting machines leave no paper trail.

Regardless, it’s almost certain that the total bill for the recounts will well exceed the (albeit impressive) amount Stein has raised for the cause. However, while little may change when all is said and done, the national conversation about how we conduct our elections may prove to be invaluable.