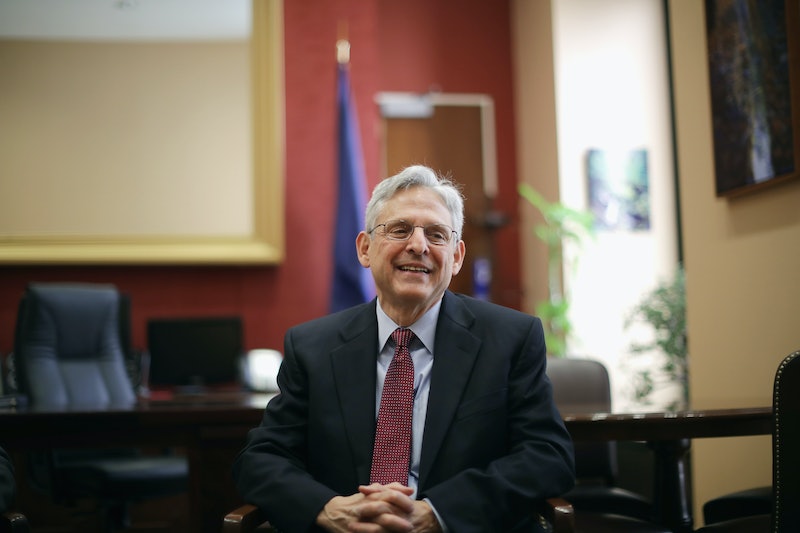 President Obama's pick for U.S. Supreme Court justice may very well have waited the better part of year just to be replaced by a nominee chosen by President-elect Donald Trump. But can Merrick Garland still become a Supreme Court justice? Technically it's possible, but judging by the state of the Senate, Garland's chances are extremely slim.

Garland has waited for his confirmation to the Supreme Court for more than eight months, which is more than double the time of his longest-suffering predecessor. And, in that time, Garland has not been hearing cases due to the possibility of having to hear those cases while serving on the Supreme Court. Many Republicans insisted that lame duck presidents should not be appointing justices, despite the fact that one-third of U.S. presidents have done exactly that. Even Trump insisted during a February primary debate that Senate Republicans should block Obama's nominee, saying, "It's called delay, delay, delay!"

Still, there are a couple of ways Obama could possibly push a Garland confirmation through. Supreme Court justices serve for life, but there is an impermanent option that would get Garland on the court for close to a year. As David Dayen at the New Republic suggested, Obama could appoint Garland on Jan. 3, during the brief time period when Congress is not in session. The president technically has the constitutional power to “fill up all Vacancies that may happen during the Recess of the Senate.” But due to a 2014 Supreme Court ruling, Garland’s appointment would only last until December of 2017. Additionally, this would allow Trump to fill Garland's vacant D.C. Circuit Court position, a trade-off which Democrats could see as unfavorable to their party.

Another much more complicated option could also take place on Jan. 3, but it would involve the participation of Vice President Joe Biden, according to David Waldman of the Daily Kos. Of the 100 that make up the Senate, other than non-voting Biden, 34 senators’ terms will end at noon on Jan. 3, and the senator-elects holding those seats will need to be sworn in again. But Democrats (and Democratic-caucusing independents) have a 36-30 majority when it comes to the remaining senators. This is where Biden comes in; the vice president happens to be the presiding officer of the Senate until the end of his term, meaning he will start the next session of Congress. Instead of the customary recognition of the now-Republican Senate majority leader, Biden could recognize the Senate minority whip, Democrat Richard J. Durbin of Illinois. In a controversial move, Durbin could move that the Senate, before confirming the 34 new and returning senators, vote on Garland's nomination. Given the Democrat majority, Garland would likely be finally appointed to the Supreme Court in this case.

The "Biden Plan," in the unlikely possibility that it is carried out come January, would be severely contested by Republicans. Aaron Blake of the Washington Post called this option "probably liberal fan fiction rather than a serious proposal." But given the unpredictable nature of this last election cycle, you never know. We may well see Senate Democrats "go nuclear."