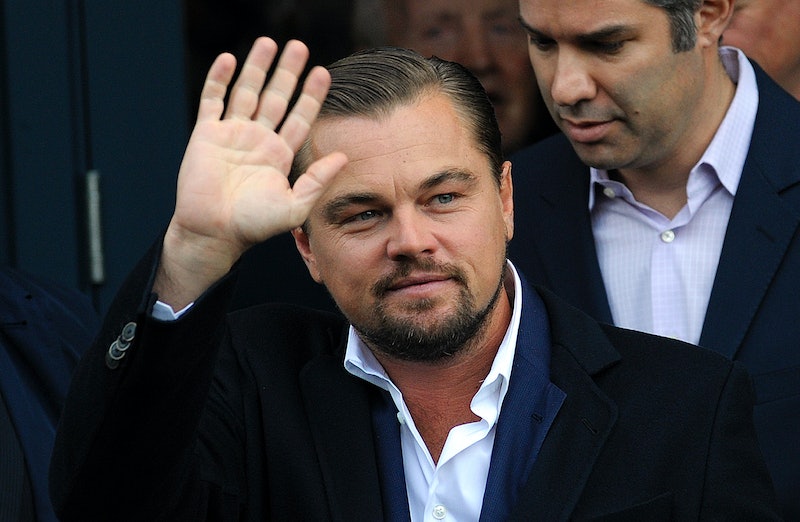 Back in October, just before the election, Leonardo DiCaprio said this: "The scientific consensus is in and the argument is over. If you do not believe in climate change, you do not believe in facts or in science or empirical truths and therefore, in my humble opinion, should not be allowed to hold public office." At the time, Donald Trump had said he didn't believe in climate change and would cancel the Paris talks, so you can guess who the actor was talking about. So you've got to wonder if DiCaprio's meeting with Trump on climate change was awkward Wednesday.

Given that Trump really doesn't like criticism, you kind of have to wonder if there's a huge Titanic fan hiding inside the president-elect. Whatever the reason, he hosted DiCaprio and Terry Tamminen, the CEO of the Leonardo DiCaprio Foundation, inside Trump Tower to discuss renewable energy and how it could provide jobs here at home. They talked for about 90 minutes with Ivanka Trump present, as well as a few other members of the transition team. DiCaprio also presented the president-elect with a copy of his documentary, Before the Flood , which is about the issues the world faces due to climate change. Trump said he'd watch it.

Tamminen explained what they were doing there to the Associated Press:

Today, we presented the President-elect and his advisors with a framework — which LDF developed in consultation with leading voices in the fields of economics and environmentalism — that details how to unleash a major economic revival across the United States that is centered on investments in sustainable infrastructure. Our conversation focused on how to create millions of secure, American jobs in the construction and operation of commercial and residential clean, renewable energy generation.

No word from Trump on what he thinks of the proposal, though after the election he did finally admit humans might have a hand in climate change. But the most recent clue is pretty clear, and it's far from positive. He chose Scott Pruitt to head the EPA. Pruitt is the Oklahoma attorney general who doesn't believe in climate change and has sued the federal government to stop the Clean Power Plan, which Obama's EPA put in place to tackle emissions from coal power plants.

To understand Pruitt, listen to what the Sierra Club executive director said: "Having Scott Pruitt in charge of the U.S. Environmental Protection Agency is like putting an arsonist in charge of fighting fires." Not exactly what you'd call a ringing endorsement.

The fact that DiCaprio got in to see Trump at all is probably thanks to Ivanka. She had a meeting with Al Gore on Monday that culminated in face time with the president-elect. DiCaprio similarly met first with Ivanka a few days ago. Whatever pleasantries were exchanged in either meeting is a mystery, but there were enough to keep the conversation going — great news for the planet. Tamminen told The Guardian that there is a follow-up meeting penciled in for January.

Maybe Trump can get on board the climate change train after all.