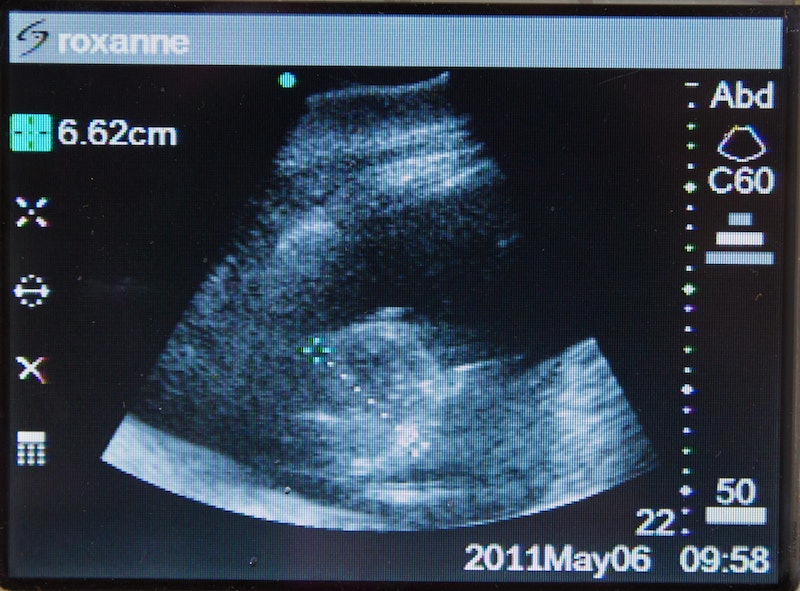 On Tuesday evening, Ohio lawmakers passed an anti-abortion bill that would make it illegal for women to get abortions once a fetal heartbeat is detected — which was a strategic move to make abortion all but impossible in the state. There are already petitions against Ohio's "Heartbeat Bill" circulating the internet in response, because luckily, many people clearly see the draconian nature of Ohio legislature's "Heartbeat Bill," and are fighting accordingly.

To give more context to the Ohio "Heartbeat Bill," formally known as HB493, the point at which a fetal heartbeat is detected is roughly around six weeks. Most women don't even know they're pregnant until they're five to eight weeks along, so by proxy, this would eliminate legal abortion in general. Also, the bill not only makes it illegal for women to seek out an abortion after a heartbeat is detected, but also makes it a fifth-degree felony for physicians to perform abortions after a heartbeat is detected or without checking for a heartbeat. Beyond the obvious infringement on women's reproductive rights, the Ohio anti-choice bill also might be unconstitutional, because it directly opposes the Supreme Court ruling in Roe v. Wade, which allows abortions 22-24 weeks into a pregnancy.

The election of Donald Trump further mobilized the Ohio "Heartbeat Bill" and the possibility of it passing. During an interview on 60 Minutes, Trump told Leslie Stahl that Roe v. Wade might be overturned because of his commitment to appointing pro-life Supreme Court Justices.

The Ohio "Heartbeat Bill" is waiting on Gov. John Kasich's signature. He has nine more days to decide whether to sign or veto it. In the meantime, we can start to engage in small actions of support for pro-choice causes by signing all of the petitions below.

You can easily sign one of the handful of petitions on Change.org to reverse the "Heartbeat Bill" and let Kasich know that not only is this an infringement on women's rights, but that it's also unconstitutional.

The ACLU has a petition against the Ohio Heartbeat Bill circulating which urges Kasich to veto not only HB493, but also Senate Bill 127, which would place a ban on abortions after 20 weeks.

You can sign a petition on Care2 that not only pressures Kasich to veto the bill, but duly places emphasis on the fact that the bill gives no exceptions for rape or incest victims, essentially re-traumatizing them. This petition also addresses the fact that this bill would likely cause women to resort to dangerous self-induced abortions.

There's another petition making the rounds on Change.org which not only urges Kasich to veto the bill, but also notes that senators had less than 90 minutes to review the amendment before voting.

You can also sign a petition on MoveOn which directly urges Kasich to veto the bill, and Ohio legislature to "stop practicing medicine without a license" and essentially get their hands off women's reproductive rights.

There's a form on NARAL Pro-choice America that allows you to fill out your information and directly email Gov. Kasich urging him to veto the bill that would ban abortions.

Since signing petitions doesn't take too much time, I'd also encourage you to call Gov. Kasich's at (614) 466-3555 and directly express your concerns. There's power in both numbers and persistence.