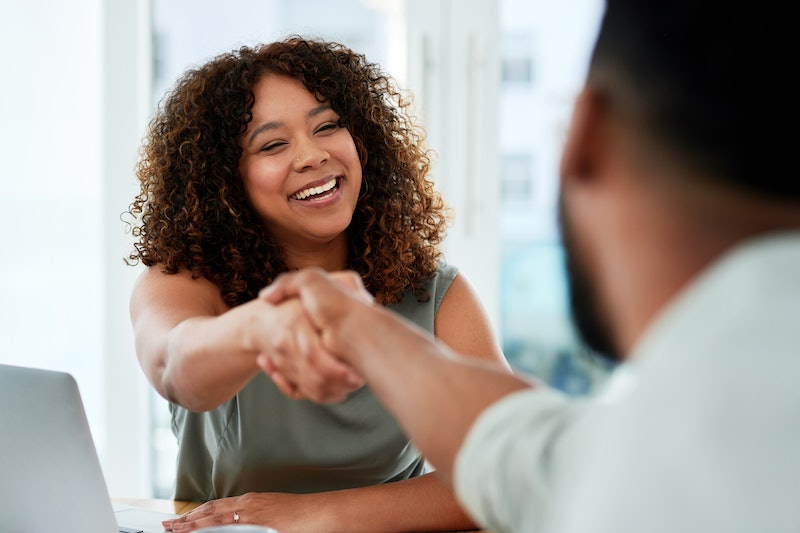 You may think "always look on the bright side of life" is just an old adage your parents just trotted out whenever times got tough in a somewhat futile effort to make you feel better — but actually, there's real power in keeping a positive mindset, especially for women. New research suggests optimistic people have something amazing in common: They're less likely to die prematurely from conditions such as cancer, stroke, and heart and respiratory diseases. A comprehensive study of more than 70,000 women found that staying cheery is actually integral to staying healthy. And if you're not of a naturally sunny disposition, don't worry — optimism can be learned!

Despite a lot of talk surrounding "mindfulness" in recent years, it may surprise you to know that the link between psychological health and physical well-being is a relatively new one. It's actually only in the past 20 years that health experts have postulated that psychological factors can play a large and complex role in determining our health outlook. In the 1800s, doctors recommended that physically ill patients simply to go on vacation to cure their illness — but modern medicine has come a long way since then. According to researchers from Harvard University's T.H. Chan School of Public Health who published their findings in the American Journal of Epidemiology, those who can keep their chin up when faced with adversity cut their risk of many deadly diseases.

Researchers analyzed data from working and retired nurses aged 58 to 83 in both 2004 and 2012, according to CBC News. Participants were first asked to rate their own optimism on a scale of zero to 24; then, scientists monitored the health of all the women over the next eight years, zeroing in on physical activity, ethnicity, diet, and other factors. They also analyzed how many of the women died from disease-related deaths (4,566) over the course of the eight years.

The researchers noticed that the women who reported high levels of optimism had lower rates of cholesterol and hypertension (which can lead to several chronic diseases) compared to those who were less cheery. The optimistic women also had lower instances of Type 2 diabetes, cancer, and stroke; additionally, they smoked less and had higher levels of education and physical activity.

Of course, it's highly contestable whether or not some of these stats can be explained simply by healthier life choices and actions; additionally, there's the issue of what exactly constitutes being optimistic. The study defined optimism as having "a general expectation that good things will happen" — but what that means can vary greatly from person to another, which becomes relevant when you consider that the women self-reported their feelings of positivity. There's also the chicken-and-egg dilemma: Which came first? Were the women who lived longer healthy because of a positive mental attitude? Or did their sunny dispositions make them more likely to overcome and avoid illness? Did lifestyle factors play a greater role in their psychological health outlook?

The BBC notes that the Harvard researchers did controll for certain factors in all the participants, such as relationship status, socioeconomic background, and whether they had a history of diabetes, blood pressure, high cholesterol, or depression; still, though, in some ways, the study brings up more questions than it answers. In some respects, this is to be expected; after all, correlation is not causation. More research is definitely required before any determinations about the link between optimism and health can be firmly underlined.

It is interesting, though, that a growing body of research has found a number of links between the body and the mind. For example, recent studies have shown that optimism can protect your immune system; Harvard Medical School even reported that it can even help to lower blood pressure and reduce risk of heart attack. If all it takes is a learned attitude and a smile or two here and there, then what have we got to lose?

More like this
6 Abortion Advocates To Follow On TikTok
By Sara Youngblood Gregory
How To Protect Your Digital Privacy If You Need An Abortion Post Roe v. Wade
By Kaitlyn Wylde
I'm Going Off My Bipolar Meds to Try to Get Pregnant
By Anonymous, as told to Anna Goldfarb
5 Crystals To Manifest Better Sleep
By Megan McCarty
Get Even More From Bustle — Sign Up For The Newsletter