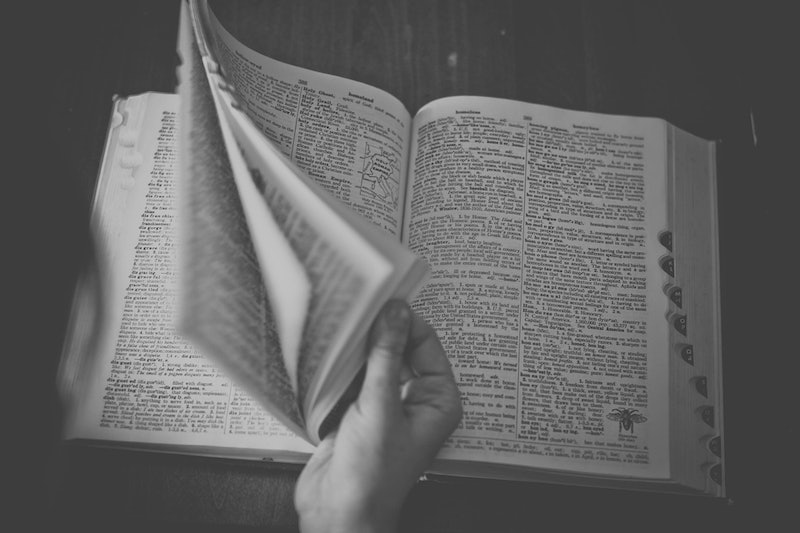 English is one of the most widely spoken languages in the world, and while some of it is aurally beautiful, it has its fair share of cringe-worthy words, too. I dare you to read through this list of the grossest words in the English language according to Reddit and not immediately hop in the shower and scrub out your ears. I double dare you. I mean, come on — we all need to live a little dangerously every now and again, right?

People often turn to Reddit's AskReddit subreddit to take informal polls or ask thought-provoking questions to be answered by the community. The user-generated information and opinions are often helpful, and frequently funny — as was the case when Redditor ThonroTheUnworthy sought out the help of the community with the question "what is the grossest word in the English language?" Boy, did Reddit respond: In a mere 24 hours, the question generated over 1,500 responses, quickly compiling a definitive list of every disgusting and objectionable utterance you could think of.

There is little rhyme or reason as to what exactly makes a word sound gross. Some suggest that onomatopoetic words sound worse, as by definition they imitate the sound of the noise or action the word is describing. The word "gurgle" is one, as is "squirt"; indeed, both ranks high on many "grossest word" lists. But before we ask why words are gross, let's first bathe in the sounds of what Reddit deems to be the grossest words in the English language.

I guarantee you, these words will fill you with sheer revolt. Enjoy!

Definition: "The secretion of a sebaceous gland; specifically : the cheesy sebaceous matter that collects between the glans penis and the foreskin or around the clitoris and labia minora."

The top word on the list certainly doesn't disappoint. It's the perfect entry with both a definition and a sound that makes grossed-out shivers run down your spine.

You knew this one was coming. Topping many a "grossest words" list, "moist" is one of the most universally hated words out there. Something that can be used to describe both a good piece of cake and bodily functions is just not appealing, it turns out.

Get it? This entry in the "grossest words" list is probably one of the cleverest math jokes I've seen in a while. While the sound of the number doesn't make your skin crawl, 144 is literally a gross — that is, it's a dozen dozen or a square dozen. You learn something new every day!

Definition: "Something that may be shed or cast off. To separate in the form of dead tissue from living tissue."

This natural but nasty word (it's a common theme in this list) can also mean "a place of deep mud or mire," which is not quite as disgusting as its other definitions. (I'd also like to take this moment to point out that the period stigma here isn't exactly helpful. Thanks, internet.)

On top of having multiple confusing meanings, however, there was a long debate on the thread over how to pronounce this word:

Frankly, all the variations sound pretty gross to me.

Definition: "A small circumscribed elevation of the skin containing pus and having an inflamed base."

Definition: "To fill with blood to the point of congestion."

This favorite of romance writers everywhere just sounds nasty when you say it aloud.

Again, both the definition and the sound of the word are gag-worthy. I will never get clean after reading this.

Definition: "A salve or unguent for application to the skin."

This icky word tends to makes a lot of "top gross words" lists. While it is supposed to describe a healing balm, there is nothing soothing about the sound of it.

Definition: "To grind or crush (food) with or as if with the teeth."

Luckily, this antiquated way to say "chew" has fallen out of popular usage, but it's perfect for grossing people out!

Puce, pustule, pus... we just shouldn't start words with the letters "p" and "u," clearly.

Definition: "A man who has begotten a child."

Try saying it. I dare you.