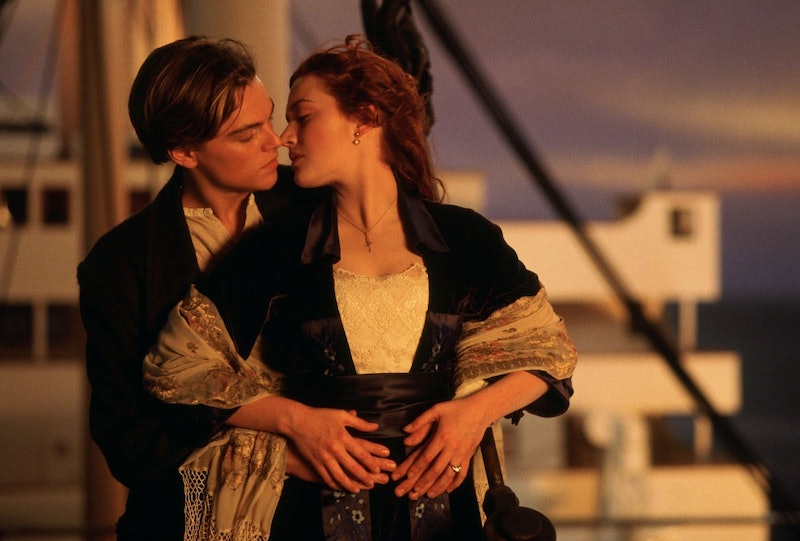 Listen up: Netflix just released a bunch of new movies, and a few TV shows, for your slowly-become-one-with-the-couch time. Although there were a lot of really exciting releases this time around, we saw a trend between the biggest hitters on the list. Sure, the new releases include some classic Netflix spam like The Yards and Death Wish 2, but among the 80's remakes and straight-to-DVDs there are some gems that children of the 90's will understand. So break out your babydoll dresses and get your Nickelodeon slime out, because this is how we do it.

Even if you're one of those pesky millennials desperately trying to prove you remember the '90s by reading Buzzfeed, or one of those Gen Xers who just can't remember why you loved the '90s so much, Netflix has something for you. Watch these '90s blockbusters and remember a time before gratuitous selfies.

Who could forget the movie that launched Leo, and gave us the most famous image of one-boob nudity in 90's history. Now you can cry when Jack slips away all on your own, or with a band of Winslet-obsessed friends. Don't forget to bring your sketchpads, and probably some sort of wine.

I imagine that the Netflix execs said "well, if we're getting Titanic, why grab as many '90s tearjerkers as possible?" Then they picked The English Patient and went back to reading old Cathy cartoons.

Who could forget the classic Mel Gibson as Scottish Jesus film? Netflix didn't. Watch at your own risk, you might start a band of rogue warriors by the end.

If you want something just as epic, but not quite so violent, relive your childhood by watching Jumanji. Get excited for the animals to come back to life

The Human Genome Project finished mapping our DNA in the 90's and apparently some filmmakers were very excited about it. Honestly, this movie isn't great for the science, but Uma Thurman's robotronic performance makes it worthwhile.

For all you millennials pretending to be from the '90s, Netflix threw in Mean Girls. Now you can call Glenn Coco, wear pink (but only on Wednesdays), and re-watch this classic on its 10th anniversary. You can even turn on the subtitles, turn off the sound, and act it out yourself. How fetch.