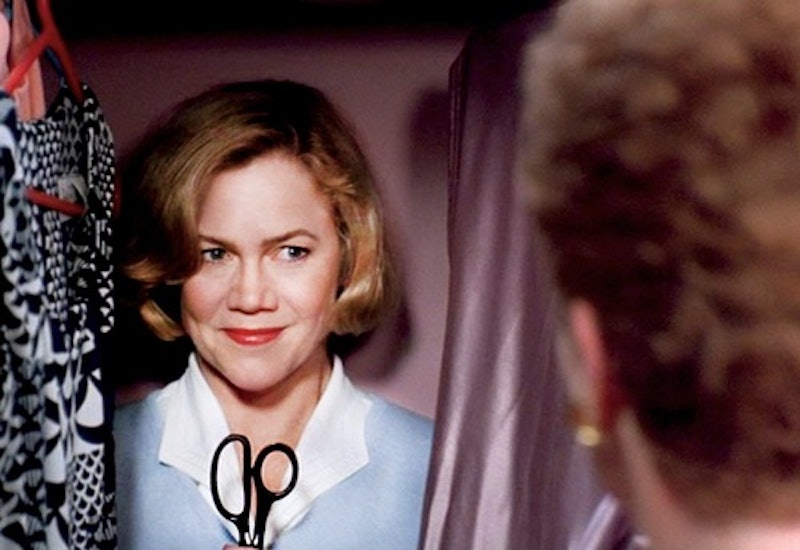 Did you know that most of the "best '90s movies" lists out there contain very few female-driven films? The '90s movies deemed important by many critics are typically led by white men and often include very few — if any — female characters. Yes, many of those movies do have a woman in them, but it's rarely her story, and she's infrequently allowed to be more than a girlfriend, a victim, or a villain. But I had dozens of favorite movies from the 90s as a child and teenager, and most of them featured women front and center. You wouldn't know it from the critics' consensus, but there were all sorts of empowering movies of the '90s that put women front-and-center.

These movies just happened to be the types of films that don't often end up on critics' lists, instead being lumped into categories like "chick flicks" and "teen movies." But that doesn't at all mean that they weren't amazing films with cool stories, original characters, and great messages. Many of these empowering films, which told the stories of a variety of different types of women, helped me learn to be a confident, funny, loving woman who could handle all kinds of things life threw at her. Below is a list of 13 of these movies.

This is arguably the ultimate female empowerment movie. Our two heroines finally decide that they won't take one more minute of crap from the abusive men in their lives and engage in a freeing, inspiring, and highly illegal rebellion while experiencing one of the deepest friendships committed to film. When the (male) cops are chasing them at the end, you know exactly whose side you're on.

With Matilda, viewers get a double-dose of amazing women: the young and inquisitive Matilda and her warm and loving teacher Miss Honey. With a remarkable intellect, a good heart, and a little magic, Matilda fights all the abusive forces in her life (her family, her principal) and proves she's a brilliant and remarkable young woman deserving of a great life.

Mulan has no time for your useless gender norms; she has a whole country to save. One of Disney's greatest heroines, Mulan is a confident fighter who knows exactly who she really is and never gives up.

Kat Stratford is so many girls' first introduction to feminism. She calls out the patriarchy wherever she can and she won't compromise who she is for any man. This movie was based off of The Taming of the Shrew, but in this modern version, Kat is hardly "tamed" at the end, and her "shrewishness" is actually just an awareness of society's injustices.

There are few things more satisfying than seeing the slimy ex-husbands of this film's heroines (played amazingly by Diane Keaton, Bette Midler, and Goldie Hawn) get their comeuppance. The three stars of this film are all different and unique amazing women who join together to reclaim their agency and value in a world that is all too willing to toss them aside just because they're not in their 20s.

If you haven't seen this movie, commonly abbreviated as simply To Wong Foo, stop reading right now and go watch it. Patrick Swayze, Welsey Snipes, and John Leguizamo star as drag queens (not a-one of them handles their role with anything less than respect, care, and vibrancy) who wind up in a small town and help all the women in the town grow into their incredible powerful selves. It's a movie all about how amazing women are and how there is no wrong way to be a woman.

Buffy may not be Sarah Michelle Gellar in the movie version, but she is still our butt-kicking, patriarchy-fighting Buffy. The film, written by the television-series creator Joss Whedon, holds its own as an empowering tale of vampire slaying.

This brilliant, hyper-stylized film stars Natasha Lyonne as a cheerleader who happens to be gay, and thus gets sent to a gay conversion camp. She falls for Clea DuVall's character and the two girls show viewers how awesome it is to be a lesbian and how gross it is to be a homophobic, gender-norm-reinforcing creep.

This warm comedic-drama about a large and tight-knit family shows just how much women do to hold families together, and also highlights how every woman in a family has her own unique identity and set of choices — and that's OK.

This underrated classic is about a young woman in the riot grrrl scene who is exploring her sexuality and queerness. It features one of the coolest female-empowerment soundtracks of all time, with songs by Sleater-Kinney, Ani DiFranco, Helium, Babes in Toyland, and Patti Smith Group.

One day Kathleen Turner's sweet and perfect suburban mom snaps and becomes a maniacal, filthy-mouthed serial killer with a flawless hair-do and plastic grin that turns to a grimace at the drop of a hat. Directed by John Waters and featuring a cameo by fiercely feminist band L7 (who play a band called Camel Lips), this twisted dark satire of suburban femininity will inspire you to break free of the mold (hopefully in a less homicidal fashion).

Mira Sorvino's Romy and Lisa Kudrow's Michele are dedicated BFFs who want to prove that they've made something of themselves at their high school reunion. The two are hilarious, so they lie and stumble their way into an incredible journey, but the final message is that they're amazing — better than any of their dweeby high school peers — just as they are.

Would you believe it, women can play baseball too! No empowering '90s movie list would be complete without A League of Their Own. It's one of the best sports movies ever and its message that women can do anything is a relevant as ever.

These 13 empowering films will help you feel stronger, prouder, and more self-assured about being exactly who you are.