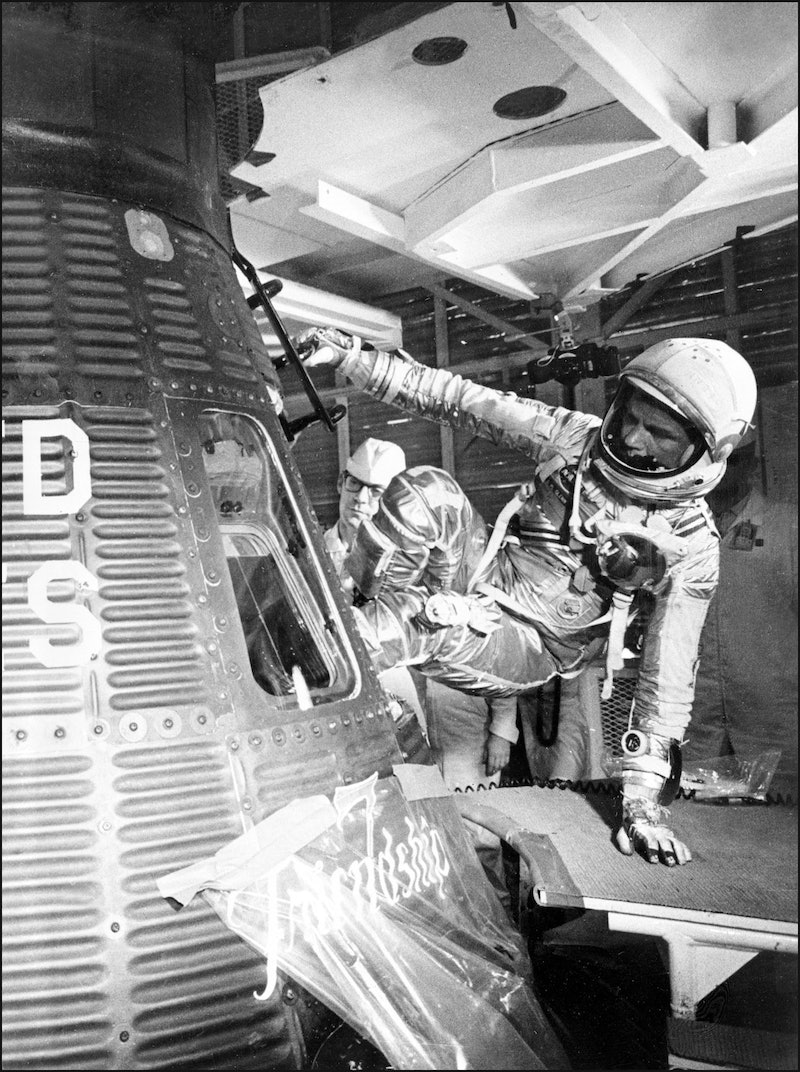 The last living member of the Mercury Seven and the first American to orbit the Earth is dead. John Herschel Glenn Jr. died in Columbus, Ohio on Dec. 8 at the age of 95, following a career that spanned both space and U.S. politics.

"John Glenn is, and always will be, Ohio's ultimate hometown hero, and his passing today is an occasion for all of us to grieve," Ohio Gov. John Kasich said in a statement announcing the former Ohio senator's death. "As we bow our heads and share our grief with his beloved wife, Annie, we must also turn to the skies, to salute his remarkable journeys and his long years of service to our state and nation. Though he soared deep into space and to the heights of Capitol Hill, his heart never strayed from his steadfast Ohio roots."

In 1959, after more than a decade in the military, which included combat missions in the Korean War and work as a Marine Corps test pilot, Glenn joined NASA, then a fledgling government agency, as one of America's seven original astronauts. On Feb. 20, 1962, after NASA had completed two successful sub-orbital flights, Glenn orbited the Earth three times in the Friendship 7 capsule.

"I felt exactly how you would feel if you were getting ready to launch and knew you were sitting on top of 2 million parts — all built by the lowest bidder on a government contract," Glenn later said when reflecting on his pre-flight jitters.

Although his trip lasted just four hours and 56 minutes, Glenn's spaceflight came to be a symbol of American achievement during the Cold War. Hailed as a national hero, Glenn was reportedly deemed "too valuable" to be sent into space again by then-President John F. Kennedy.

In 1964, Glenn retired from both NASA and the Marine Corps with the intention of running for the U.S. Senate. A head injury sustained during the early days of his campaign, however, forced him to withdraw from the race. Glenn would finally be elected to represent Ohio in the Senate in 1974. He served in the Senate for 24 years.

Just as his Senate career was coming to an end, Glenn was given one last trip into space. In an effort to allow NASA scientists to study the possible connections between aging and space travel, Glenn was launched into orbit for a nine-day mission as part of the crew of the space shuttle Discovery on Oct. 29, 1998. At 77 years old, he was the oldest person to travel into space.

Glenn underwent a heart-valve replacement in 2014, and suffered a stroke that same year. Officials at the John Glenn College of Public Affairs at Ohio State University recently reported their namesake and founder had been hospitalized for unspecified health issues in early December.