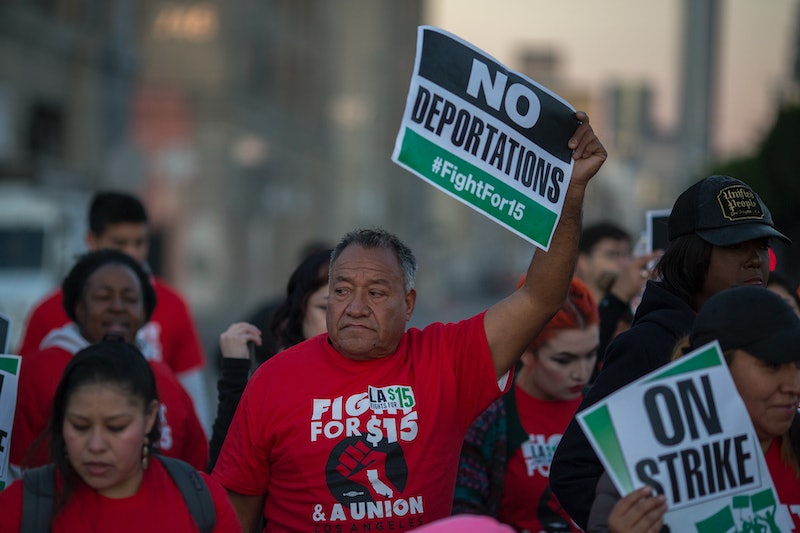 I am almost certain that no one would argue that Donald Trump is a man of subtlety, and that is nowhere more apparent than in his cabinet picks. Just look at one of his latest reported selections: For labor secretary, Trump is expected to tap Andrew F. Puzder, CEO of the company that owns the Carl’s Jr. and Hardee’s fast-food restaurant chains and an ardent foe of minimum wage increases. So what does Puzder’s expected nomination mean for the Fight for 15? In a nutshell, things just got a lot harder.

The Fight for 15 — the name given to the campaign pushing for a $15 minimum wage across the country — has seen successes in several cities across the country, including Los Angeles, New York, San Francisco, and Seattle, as well as a few states. Then it entered the political discussion as part of the 2016 presidential campaign, most notably pushed by firebrand Vermont senator and candidate for the Democratic presidential nomination Bernie Sanders, and eventually embraced by Hillary Clinton. But it also entered a new level of scrutiny, with many arguing that such a steep rise nationwide was unwise. Slate's Reihan Salam wrote that "increasing the minimum wage so dramatically will damage the economic prospects of millions of vulnerable people."

Puzder has not shied away from this battle. In an op-ed in the Wall Street Journal in 2014, Puzder made the case that wage increases would harm lower-wage workers:

Here’s what middle-class business owners, who live in the real world, will do when faced with a 40% increase in labor costs [the result of an imposed $15 minimum wage]. They will cut jobs and rely more on technology. Such changes are already happening in banks, gas stations, grocery stores, airports and, more recently, restaurants. Almost every restaurant chain in the country from Applebee’s to McDonald’s is testing or already implementing automated ordering with tablets or kiosks.

Still, it’s crushing to read the real-life accounts of minimum wage workers, like this profile in the New Yorker, and think that there isn’t a better solution. While opponents of wage increases approach the problem from a place of economic study, I believe they often miss altogether the grim reality of what minimum-wage life means (especially as they are often writing on their own healthy incomes).

Puzder’s points aren’t without merit, but from my perspective, he seems to shirk the responsibility of what to do about the problem of poverty and minimum wage employment in a nation as rich as our own. From what he has shown of himself, it seems as if he believes the only responsibility he has as CEO of a national corporation that employs many of these workers is his own bottom line. Assuming he accedes to the top spot in the Labor Department, those fighting for a higher minimum wage can expect a much harder struggle.