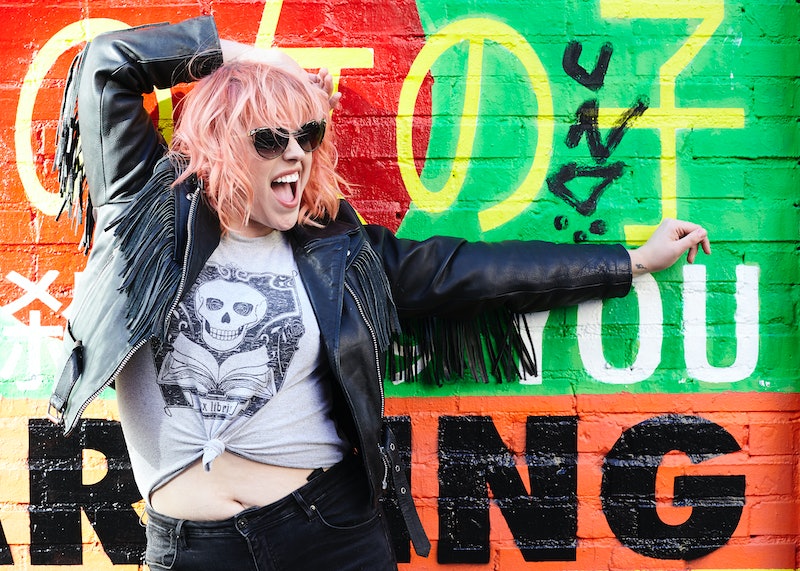 Regardless of your personal identity or political affiliations, one can acknowledge that many events in 2016 should make you be an activist. For those who have already been fighting the good fight for years, the big events of 2016 which tied into social justice (or rather, denying justice), have simultaneously fueled the fire and fatigued the flame. Perhaps as a direct response to much of the hopelessness that painted the last year, there is a growing urge for more Americans to become activists in concrete ways in their communities.

After all, I believe we're at an impasse in which we either fight for the rights we believe in, or stay complicit in widespread oppression. The day after the election the Black Lives Matter activist Deray Mckesson discussed the next steps for America with Complex. Much of his focus was on our individual responsibility to get involved. Specifically, he said, "People don’t have to wait to join an existing organization or group. People can start in their living room or the dinner table with their friends. Start to build coalitions and to build groups that put pressure on systems and structures and they can link up with existing organizations."

This is exactly we need to do: Stay aware and focused, and use that energy for action. As a hopeful aide in that action, I've gathered a few of the events of 2016 that will hopefully compel us into action and ways we can move forward.

This feels extra pertinent because the Dakota Pipeline battle first unfolded in April of this year, when a subsidiary of Energy Transfer Partners laid out plans to build the 1,172-mile pipeline to run less than half a mile from the Standing Rock Sioux Tribe. Members of the Standing Rock tribe and fellow protesters camped out for months at Oceti Akowon, where they protested the questionable environmental ethics of the Dakota Access Pipeline. After months of protest, on Dec. 5, the Army Corps of Engineers announced it would look for an alternate route for the Dakota Access Pipeline, proving that sustained protest works. You can give donations and support the Sacred Stone Camp on the website.

After the horrific Orlando shooting took the lives of 49 innocent people in June of this year, one point was made bleakly clear: LGBTQ people are still regularly targeted with violence. There are countless ways to get involved in advocating for and supporting the LGBTQ community. A few great organizations to check out are The Trevor Project, which provides suicide hotlines and mental health assistance to LGBTQ youth, GLAD (Gay and Lesbian Advocates and Defenders), and LAMBDA (Legal Defense and Education Fund).

3. The Hottest Year On Record

Back in September, a report from NASA's Goddard Institute for Space Studies revealed 2016 to be the hottest year on record. If this doesn't incite us to action, what will?! It can feel overwhelming to conceive of or even know where to begin when it comes to battling climate change (beyond recycling and composting). However, organizations such as Greenpeace, UCS (Union of Concerned Scientists), and Idle No More have all been fighting the great fight for years, and always have space for both donations and more importantly physical involvement.

The fact that the former college swimmer Brock Turner only received a three-month sentence for rape galvanized a new wave of activism for sexual assault law reform. The spotlight on Turner's light sentence should incite us to further action and advocacy for victims of rape and sexual violence. A few key organizations to link up with include RVA (Rape Victims Advocates) and RAINN (Rape Abuse and Incest National Network).

Thankfully, Ohio's "heartbeat bill," which would have effectively banned abortions past six weeks, was not signed into law by Gov. John Kasich. However, that's cold comfort when one considers that Kasich did sign a 20-week abortion ban into law, instead. As Jill Filipovic pointed out in an article for TIME, the 20-week ban is "contrary to the Supreme Court’s current rulings on abortion." She also warned that the "20-week ban may be the vehicle abortion opponents need to impinge upon, or totally end, American women’s access to safe, legal abortion."

A great way to start fighting back against the ban and other abortion restrictions is reaching out to NARAL Pro-Choice America and Planned Parenthood.

With the election of Democrat Roy Cooper to the seat of governor of North Carolina, the Republican state legislature went for a massive "power grab" to pare down Cooper's capabilities as governor before he is sworn into office in 2017. Specifically, the legislature dramatically decreased the number of state employees Cooper will be able to hire from 1,500 to just 300, and mandated state senate confirmation for all of his cabinet appointments. Also, the governor would no longer have the power to appoint trustees to the University of North Carolina. While it is a deeply frustrating situation, you can fight back by showing support for Cooper and contacting North Carolina state representatives who supported these measures.

7. The Crisis In Syria

Sadly, 2016 is hardly the first year for Syria to be a reason to drive people toward activism. The civil war destroying the country has been going on for years, and 2016 only saw the situation getting worse. Absolutely gut-wrenching videos and images of children wounded and terrorized are horrifying abundant, and yet, the world seems to be doing so painfully little for Syrian civilians.

You can take action in some key ways. You call or write to President Obama and let him know how disappointed you are that the United States has sat relatively idly by with the Syrian destruction. You can also donate to the White Helmets, a volunteer search and rescue group with members laying their lives on the land to help with the evacuation and to move people to safety.

While the year 2016 provided us with plenty of fodder for despair and discouragement, it's imperative that we find ways to spin that back into energy and action. We have to hold each other up now more than ever, so linking into activism is key.