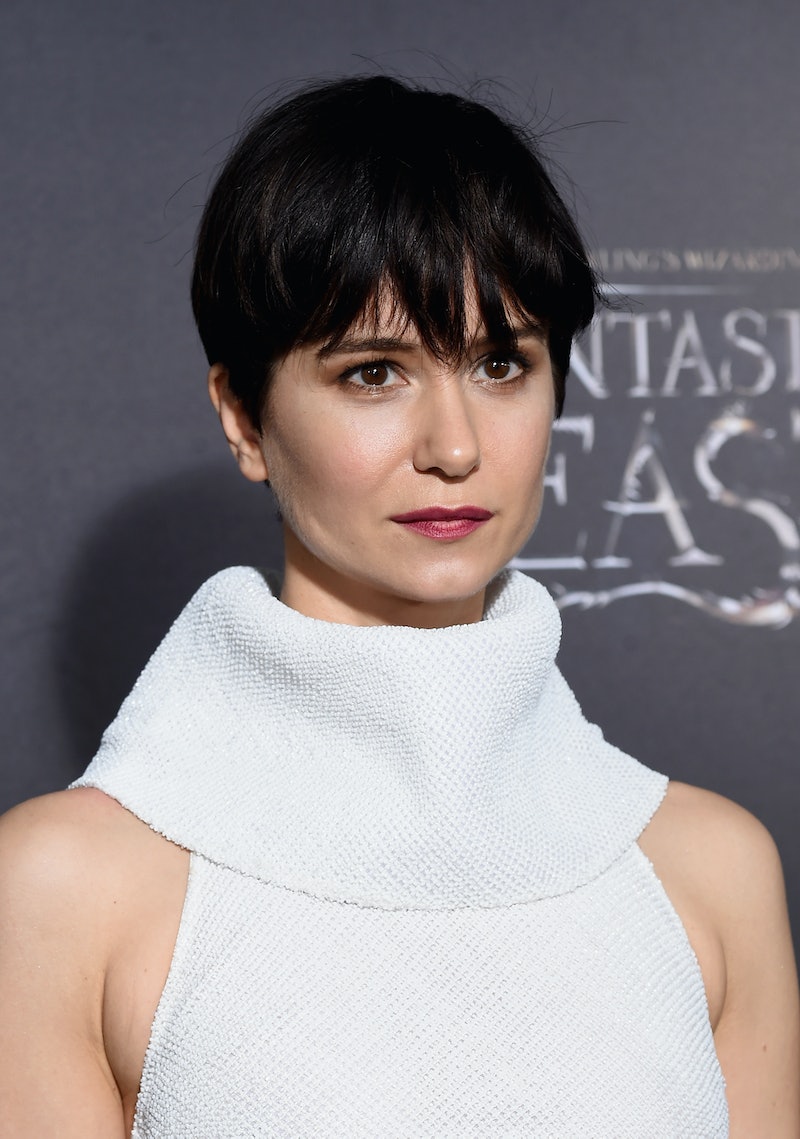 In recent years, Hollywood pushed hard for diversity both on screen and off. Viola Davis championed broader roles for black women during her propulsive 2015 Emmys speech, Ava DuVernay hired an all-female director’s team for her drama series Queen Sugar, and the Academy Awards have pledged to boost representation at the Oscars. But it’s a conversation that’s been decades in the making, and a certain actress is putting the spotlight on one of its early proponents. While at the 20th Century Fox Showcase on Thursday, Katherine Waterston praised Alien: Covenant director Ridley Scott for featuring strong, female roles long before he took the hot seat. “People are talking a lot these days about the progress were making in storytelling with great roles for women," she told Bustle. "But I don’t know, maybe Ridley’s not getting enough credit. He’s been doing it for a very long time."

And she’s right. Look through Scott’s filmography, and you’ll find dozens of dynamic female characters, from Sigourney Weaver in Alien (1979) to Jessica Chastain in last year’s Martian. Alien, in particular, was heralded for challenging gender roles, most notably for Weaver’s breakout turn as Ellen Ripley, a tenacious warrant officer who still ranks among the most significant female protagonists in cinema.

In 1991, Scott pushed women even more toward the forefront for Thelma and Louise, his landmark drama about two women whose road trip fast turns into a getaway chase. Though initially controversial, the project has built a legacy as a feminist cornerstone. As he told Newsweek in 2012,

“I first came on as producer, and I was selling the notion to four or five male directors that the movie should be an epic about two women on their journey for freedom. One director who turned me down said, ‘I’ve got a problem with the women,’ and I said, ‘Well you’re meant to, you dope!’ So I thought that I should direct it myself.”

Now, Waterston has picked up the torch for Covenant, the third installment in Scott's Alien franchise. She’s set to star as Daniels, a central crew member to the titular spaceship and the rumored mother of Ellen Ripley. She says her approach mirrors that of Scott’s: the world is filled with powerful, compelling women, so echoing that in film should be a given. “I think his attitude about it is very similar to my own. It just seems obvious,” she said. “There are a lot of cool, complicated women out there. It’s not rocket science.”

Against the scope of Scott’s career, the character isn’t groundbreaking, but that’s a good thing. It’s not new because diverse female roles have always been the fabric of Scott’s work, and reflecting on how far film has come only paints him as more of a trailblazer. Props to Waterston for giving credit where credit is due.