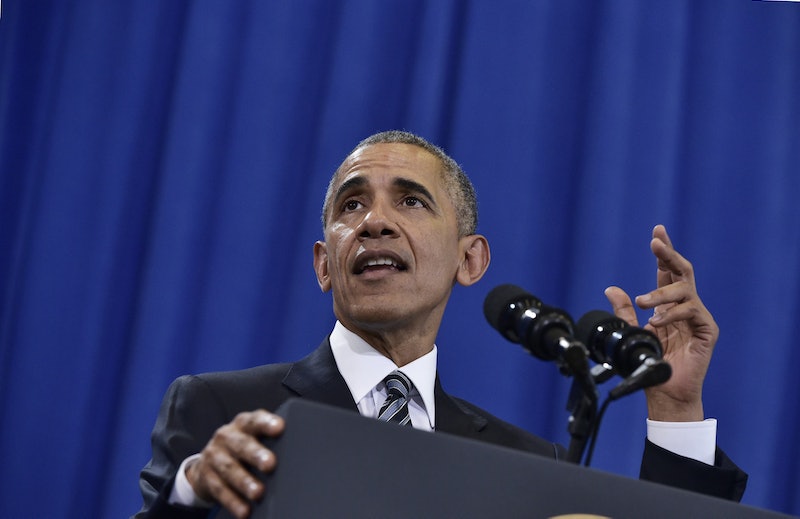 So far, two Republican electors — one newly resigned and one current — have announced that they won’t vote for Donald Trump when the Electoral College chooses America’s next president on Dec. 19. However, they won’t be voting for Hillary Clinton, either, thus making their decisions more or less irrelevant from a practical perspective. Nevertheless, all of this talk of electors may have you wondering how common it is for them to go rogue. For instance, how many faithless electors did Barack Obama have?

None. During Obama’s successful elections in 2008 and 2012, there were no faithless electors on either side of the aisle. There have been 157 faithless electors in American history, according to FairVote, but never once have they swung the result of an election. However, they have provided some novel and at times amusing rationales for breaking ranks. In 1820, an elector pledged to James Monroe voted for John Quincy Adams instead — not because he didn’t support Monroe, but because he wanted George Washington to be the only president to win unanimous support from the Electoral College.

In 1872, Democrat Horace Greeley died after the election but before the Electoral College met. Sixty-three electors didn’t want to vote for a dead candidate, and either abstained or voted for someone else. And over 100 years later in 1988, a Democratic elector voted for the Democratic ticket, but switched the candidates’ positions. She cast her presidential ballot for Lloyd Bentsen, who was running for vice president, and her vice presidential ballot for Michael Dukakis, who was running for president. She did this to draw attention to the fact that electors are technically allowed to vote for whomever they want.

Most recently in 2004, a Democratic elector from Minnesota voted for John Edwards for both president and vice president, even though Edwards was only running for vice president. Because Minnesota electors cast their votes anonymously, the motivation behind this vote will never be known.

It looks like there will be several faithless electors this year. Chris Suprun of Texas has said that he won’t vote for Trump, and several Democratic electors have expressed their intent to vote for somebody other than Clinton. As of now, however, none of them look poised to change the results of the election. For that to happen, over 36 Republican electors would have to become faithless, and there’s no indication that anywhere near that number will break ranks.

It does, however, reflect poorly on a candidate when they can’t rally all of their electors behind them. While Trump’s faithless electors probably won’t impact the course of history, they will make clear to historians that his support within the Republican Party is, and always has been, far from unanimous.