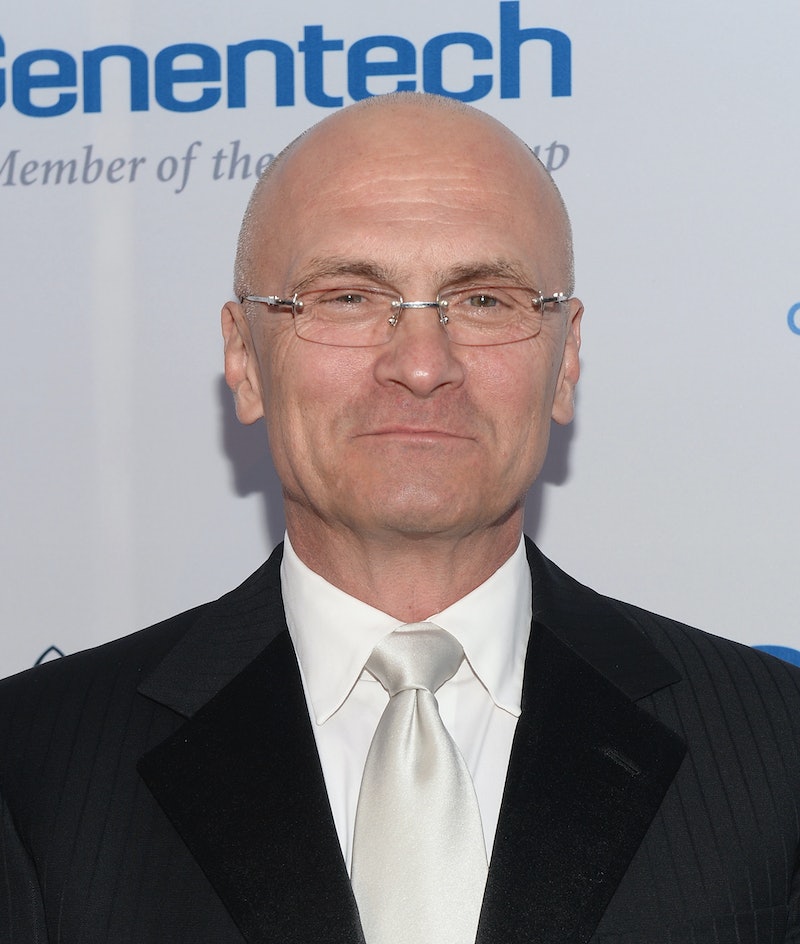 For all the reports of tumult and underpreparedness, the Trump transition has been keeping a pretty good pace with its cabinet announcements. It's more been the choices that have been raising eyebrows, and the president-elect's choice for secretary of labor is no exception. That'd be Andy Puzder, a fast food executive from Southern California who's anti-minimum wage and in favor of ditching old-fashioned human workers for the robotic kind. And for a few reasons, his views on women are generating a lot of interest, as well ― here are seven Puzder quotes about women, drawn in large part from his defenses and endorsements of the salacious ads he spearheaded for burger chains Carl's Jr. and Hardee's.

One of the main reasons Puzder's views on women have come into such sharp focus is that he was accused of domestic violence against his then-wife Lisa Fierstein in the 1980s, as reported by the Riverfront Times. Puzder has staunchly denied these allegations, both now and at the time, and Fierstein apparently walked them back in an email this November, stating that Puzder was "not abusive," and that she regretted having made the accusations.

But that doesn't mean Puzder's statements about women, and specifically about what they and young men want, are off-limits. To the contrary, as the mastermind behind one of the most sex-laden fast food ad campaigns ever, it's pretty pertinent. So, here are seven quotes he's given on the subject.

In 2011, a Carl's Jr./Hardee's press release (the two names represent the same brand in different regions of the United States) included quotes by Puzder about their sex-drenched advertising campaigns, largely relying on bikini-clad models chomping on calorie-bomb novelty hamburgers. One of Puzder's core "truths" about the brand was, well, pretty much what you'd expect.

We believe in putting hot models in our commercials, because ugly ones don’t sell burgers.

In 2009, in an article in The New York Times, Puzder was quoted as saying the goal for his brands ― unsurprisingly, although it's a surprisingly gross turn of phrase ― was turning "young kids" into "young, hungry guys."

Insofar as Puzder also wanted to bring women through the door, it was clear he viewed that mainly as a function of how many of those, ahem, "young, hungry guys" they could reel in, possibly bringing their girlfriends with them, as he told CNBC.

Our marketing focus is young, hungry guys and the women who love them.

The theme here is getting kind of apparent, no? From a branding ― and seemingly a personal perspective, too ― Puzder is rather obsessed with the concept of "young, hungry guys," to the point of making he clear that he wants to be one of them too, For what it's worth, he was 64 years old when he made the statement below.

5. "Some Young Ladies In Your Age Group"

And, not to let the moment pass without a little outreach to the "young ladies," Puzder threw this in for good measure, telling Kate Taylor of Entrepreneur (now of Business Insider) that:

Some young ladies in your age group like to date young, hungry guys.

For what it's worth, despite all the complaints, his decidedly porn-ish TV ads generated, Puzder believes he's only living up to the American way ― in fact, he very explicitly believes women devouring burgers is a reflection of our country's core values.

I like our ads. I like beautiful women eating burgers in bikinis. I think it's very American.

7. "The Personality Of The CEO"

And, in case you thought this was purely a matter of marketing and not Puzder's individual preference, he also claims that the ads are a reflection of his own personality.

I used to hear, brands take on the personality of the CEO. And I rarely thought that was true, but I think this one, in this case, it kind of did take on my personality.

Suffice it to say, for these reasons (although perhaps more so for his views on automated workers), Puzder is going to be yet another controversy-stoking, anti-political correctness figure in the White House cabinet, one who apparently has an instinct for the crass and provocative.