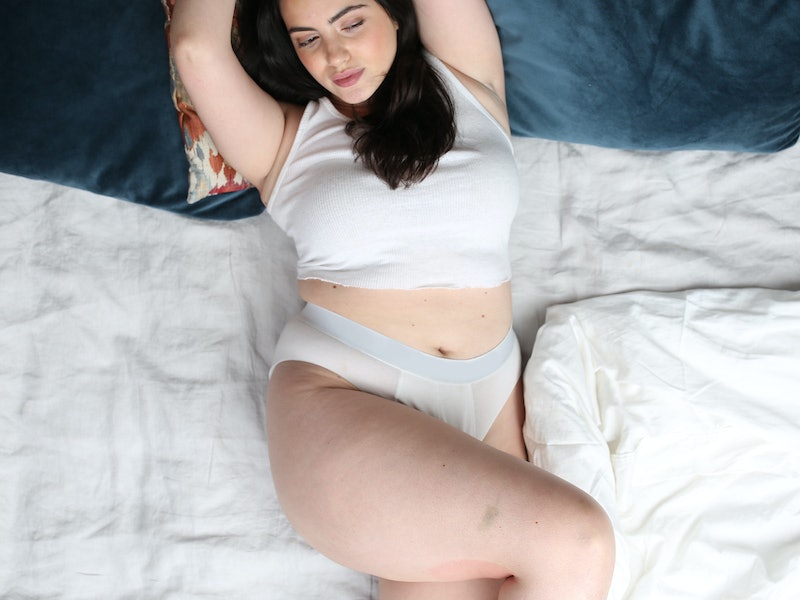 Sadly, there's overwhelming evidence to suggest that the short-term future will be, at best, challenging for the pro-choice movement. For one, President-elect Donald Trump has taken many hostile stances on abortion access for women, including a promise that "there has to be some form of punishment" for women who undergo the procedure. After heavy backlash, he walked back the statement, redefining himself as "pro-life with exceptions."

Regardless of Trump's personal views, there's mounting evidence that so-called pro-life activists are emboldened by Trump's Electoral College victory. In the last two weeks alone, Texas passed a law requiring the burial of aborted fetuses, and an Ohio law that would ban abortion at six weeks, with no exceptions for rape and incest, was approved by its state legislature. In Trump's America, it seems, women's reproductive rights will constantly be under attack. This grim procession of new abortion restrictions appear to decidedly ignore a woman's constitutional right to control her own body, which was affirmed in 1973's Roe v. Wade, and they often rely on emotional pseudoscience. With that in mind, I'd like to propose that we stop using the term "pro-life" once and for all and start calling that position what it really is: anti-choice.

The term "pro-life" is a dishonest phrase designed to manipulate emotions instead of clarify a difference of opinion. People who are pro-choice are not anti-life. Many pro-choicers believe that life begins at birth, not conception. Others are personally opposed to abortion, but believe that women should have the right to make that decision for themselves.

Tim Kaine, for example, personally opposes abortion, as do many Catholic Democrats. But Kaine is pro-choice because he understands that the issue of choice is separate from his personal beliefs about the procedure. Moreover, Kaine wants to reduce the number of abortions in the United States, but seeks to do so though "education and access to health care and contraception rather than criminalizing women's reproductive decisions."

He's right. Abstinence-only sexual education actually increases teen pregnancy rates, according to a 2011 study. Researchers Kathrin W. Stanger-Hall and David W. Hall of the University of Georgia concluded that the available data showed the "increasing emphasis on abstinence education is positively correlated with teenage pregnancy and birth rates." Comprehensive sex ed, on the other hand, has been shown to decrease teen pregnancy rates by 50 percent, according to a study published in The Journal of Adolescent Health, cited in a 2008 ABC News article.

You know what else reduces abortion? Planned Parenthood. According to Slate's William Saletan, Planned Parenthood promotes the most effective methods of birth control and accurately empowers women to use them. "Planned Parenthood is the world’s leading provider of birth control," he wrote in 2015, when some Republicans in Congress were threatening to defund the organization. "By undercutting this work, Republicans are threatening to cause an increase in the number of unintended pregnancies. And that, in turn, would lead to more abortions."

Perhaps neither anti-choicers nor Sen. Kaine would choose abortion for their own families, but only anti-choicers seek to eliminate the option for abortion instead of examining the systemic causes of unplanned pregnancy. Kaine knows that women should make that decision themselves.

The term "pro-life" also highlights a major question about that movement: Which lives are they in favor of, exactly? Women who lose access to abortion sometimes try to self-induce, according to The Huffington Post, by using misoprostol, which can be "life-threatening" without medical supervision.

Even wanted pregnancies sometimes turn tragic. According to the American College of Obstetricians and Gynecologists, abortions are "necessary in a number of circumstances to save the life of a woman or to preserve her health." This is a medical fact. Yet many so-called "pro-life" groups deny this fact, and even push for legislation that outlaws abortion but does not allow for exceptions to save the life of the mother.

Furthermore, when anti-choicers move to defund Planned Parenthood, they risk the lives of thousands of women who rely on its other health services. By detecting early-stage breast and cervical cancer through the exams it offers, Planned Parenthood saved the lives of 88,000 women between 2012 and 2013. An additional 900,000 American women received low-cost cancer screening at Planned Parenthood locations in 2015, according to the organization's reports.

I cannot call a group "pro-life" if its efforts contribute to jeopardizing the life of an adult woman, whether it's a woman attempting to terminate a pregnancy without medical help, a suffering would-be mother whose wanted pregnancy has gone horribly wrong, or a woman who relies on Planned Parenthood's easy access to cancer screenings.

Simply put, risking the lives of American women is not pro-life. It's anti-choice.

More like this
How To Fight For Reproductive Rights, Based On How Much Time You Have
By Courtney Young
Michigan’s Governor Is “Going To Fight Like Hell” To Protect Abortion Access
By Andrea Zelinski
LGBT+ Men Fleeing Afghanistan Were Denied Asylum By The Home Office, New Findings Show
By Sam Ramsden
Harry Styles Called For "Backlash" In Powerful Statement On Abortion Rights
By El Hunt
Get Even More From Bustle — Sign Up For The Newsletter