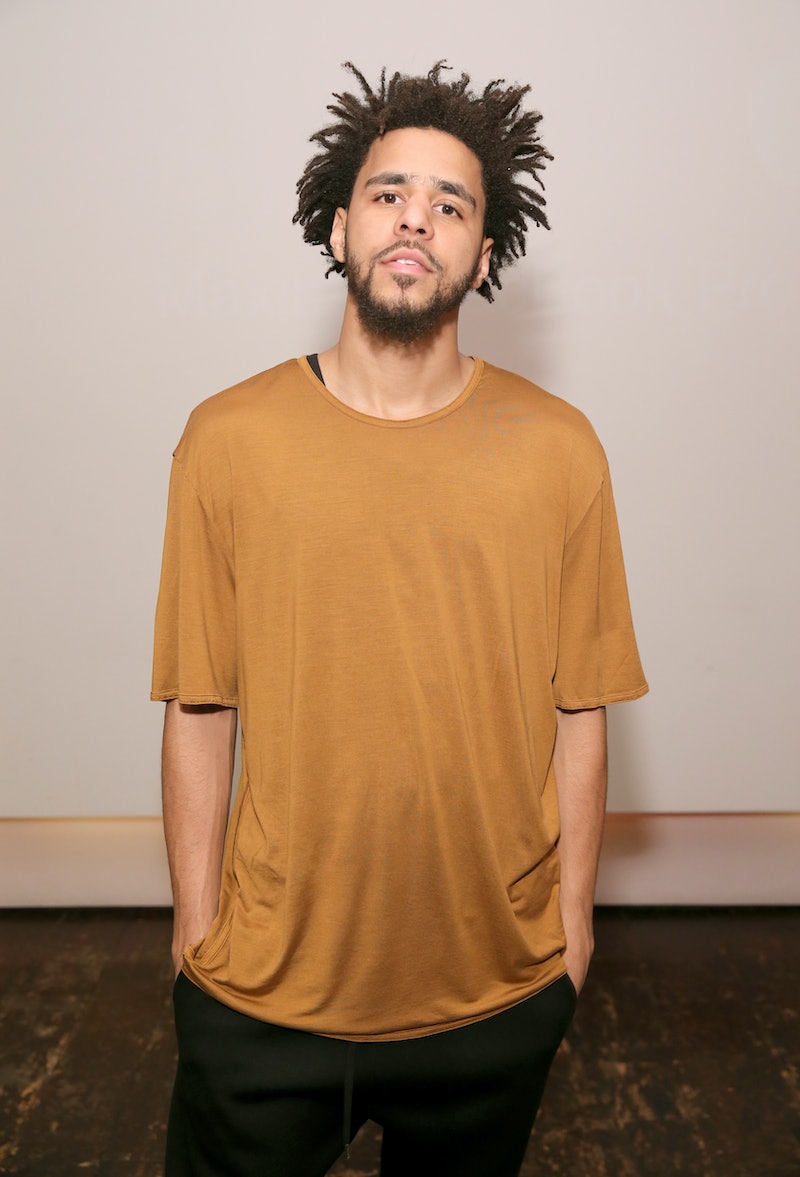 If you consider yourself a major J. Cole fan, then here is one question you probably need answered — stat. Did J. Cole and Melissa Heholt have a baby? There is no confirmation from either of the two (a rep for J. Cole could not be reached at the time of publication), but BET.com reported Thursday that some believe the two are parents based on a song, "She's Mine," from the rapper's new album, 4 Your Eyez Only, which was released Friday, Dec. 9.

Apparently, an iTunes review of the album hinted that not only did they have a baby, but they now have a daughter. Per BET.com, part of the review read, "The two-part suite 'She's Mine' may be the most important songs he's written, as Cole hovers over his daughter and finds himself overcome by a strange feeling: hope."

Well, seeing as the album is officially out now, anyone can analyze the lyrics of the song. To be clear, there are two different versions of "She's Mine," "She's Mine Pt. 1" and "She's Mine Pt. 2." Part one seems to be about his wife, whereas the second part may be about his daughter. You know, if he actually has one.

There are several lyrics that make it seem like he is a dad, but the following is what seemingly gives it away:

What's that smell, where's your diaper sh*t hereLay on your back, don't pee right nowOr else I'll have to get you backOne day when you gon' want to get your wayYeah I'll have fun with thatReminisce when you came out the wombTears of joy I think filled up the roomYou are now the reason that I fightI ain't never did nothing thats right in my whole lifeGot me thinking...

From the mention of a diaper to talk of coming "out of the womb," it sure seems like he is rapping about the birth of his child. Even though the song doesn't come outright and say they had a daughter, if they did have a baby, based on the song title it certainly appears J. Cole is referring to a baby girl.

Bossip also reports that there are several claims that Heholt just gave birth on Wednesday, Dec. 7. Tattle Tailzz also shared an Instagram Wednesday reading, "Congrats! We hear that rapper J. Cole, his wife Melissa, welcomed a baby girl." All of this remains unconfirmed.

J. Cole is an extremely private person, so if he did have a daughter and release a song about her, that's a big move for him.