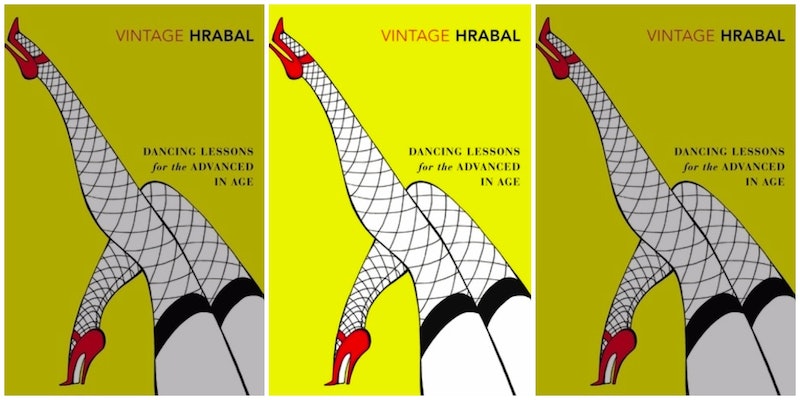 Books are... strange. No, really. When you think about it, reading is a bizarre activity. We sit and stare at thinly sliced rectangles of wood, with tiny symbols printed on them signifying different sounds, and we vividly hallucinate a story. And then we're just like... great, that was fun, is there a sequel? So I maintain that every book ever written is just a little strange. But there's strange and then there's strange. As in utterly unexplainable, abnormal, and downright weird. So these are some the strangest books of all time. Read at your own risk.

Actually, some of these books might be a little too strange to even read—although you can certainly flip through them, going "What??" every few pages. Some of these oddball books were written to be experimental new takes on the novel. Some of them are the obsessive masterpieces of authors who had a... unique perspective on life, to put it mildly. And some of them are just so darn weird that no one has ever conclusively figured out what the hell they're supposed to be about, or even what language they're written in. Yeah.

So prepare to be confused and maybe just a little bit creeped out: here are a few of the strangest books ever written.

Gadsby is a 50,000 word novel that doesn't use the letter "e" (unless you count Ernest Vincent Wright's by-line, I guess). So... I don't know why the cover chooses to aggressively assault our eyes with all those brightly colored "e"s when there are no "e"s in the book. In all fairness, the plot isn't all that bizarre: a dude named John Gadsby organizes a youth group to revitalize his hometown. OK. But the lack of "e" throughout creates some truly weird word choices, like when Wright has to describe a wedding without using the words "wedding, " "married," "bride," or "marriage."

The first chapter only uses words that begin with the letter "a" (can you guess where this is going?). Chapter two contains "a" and "b" words. Chapter three adds words that begin with "c," and so on up until "z". That's when each chapter begins to take out words in reverse order: the twenty-seventh chapter removes "z" words, the twenty-eighth chapter removes "y" words, etc, until only "a" words are remain once more. Interesting writing exercise? Certainly. Compelling plot? Eh... a bunch of people with "A" names wander around Africa, and beyond that it's kind of hard to understand what's going on.

3. The Voynich Manuscript by Unknown

The Voynich Manuscript. No one knows what it's about, who it's by, or what language it's written in. It's just page after page of some unknown language, accompanied by freaky doodles of flowers. Is is a medieval guide to medicinal herbs? A magic spell book? A hoax? Some ancient kid's version of the Dungeons and Dragons playbook? Sure, maybe. Professional cryptographers have tried to crack the code for years, and we still don't know what's up. All we know is that it was created around the early 15th century, and whoever wrote it is terrible at drawing flowers.

Joyce, buddy, I love you. I'm a big fan of Ulysses, and I actually think it's reputation for being impossible to read is a little unfair. But Finnegan's Wake? ...you're on your own here, Joyce. This book is, depending on who you talk to, either the crowning achievement of human civilization or several hundred pages of gibberish. The book ends mid-sentence, and begins with the end of that same half-finished sentence, and everything in between is a mish-mosh of different languages and different levels of dream logic. Here's one sentence just to give you a taste:

5. Against Nature by Joris-Karl Huysmans

A man encrusts his tortoise's shell with jewels, causing the poor tortoise to die. And... that's the closest thing to a plot summary I can give you for Against Nature. Well, OK, it's about a French aristocrat who's disillusioned with being a French aristocrat, so he goes home and just kind of hangs out in his eccentric country house, and it's all described in excruciating detail. There aren't really other characters or dialogue or plot. It's just... a book-length description of this guy and his lavish living situation and his dead tortoise.

6. Dancing Lessons for the Advanced in Age by Bohumil Hrabal

An old man wanders up to some sunbathing women, as you do, and just starts yammering on about his life and his adventures as a shoemaker and his romantic conquests... for the whole book. And it's all one sentence. Dancing Lesson for the Advanced in Age doesn't make a whole lot of sense, and it's literally one giant run-on sentence, but at least it's written in a recognizable human language, amiright?

7. The Story of the Vivian Girls by Henry Darger

So Henry Darger was a janitor in Chicago, and he pretty much kept to himself. He never mentioned that he was writing a book. But just after Darger's death, his landlord discovered his magnum opus, The Story of the Vivian Girls, in What is Known as the Realms of the Unreal, of the Glandeco-Angelinian War Storm, Caused by the Child Slave Rebellion. The book is several volumes and 15,000 pages (single spaced!) of strange, fantastical adventure stories, accompanied by over 300 illustrations of children and semi-human creatures. Some of the illustrations take the form of collage, and the largest clocks in at 10 feet wide.

8. How It Is by Samuel Beckett

How It Is is a novel about a guy crawling through the mud. He meets another guy (I think?) in the mud, and they hang. Then the other guy leaves, and he goes back to being alone in the mud, only without the crawling. Just... one whole novel of dude in mud. That's it. That's the book. It's a commentary. Can you tell that Samuel Beckett and James Joyce were friends?

You've got a love a book that's just weird for the sake of being weird. At least... I hope that's what's happening here. Codex Seraphinianus is an encyclopedia for an imaginary world, written in a made up language. Seriously, this is another one where no one has been able to decipher the writing. Is it a code? Is it gibberish? Is it aliens? Maybe! But the illustrations are beautifully surreal: a couple morphing into a crocodile, bleeding fruit, fish that are also human eyes... plus a lot of other stuff that defies description. It's strange, yes, but utterly mesmerizing.