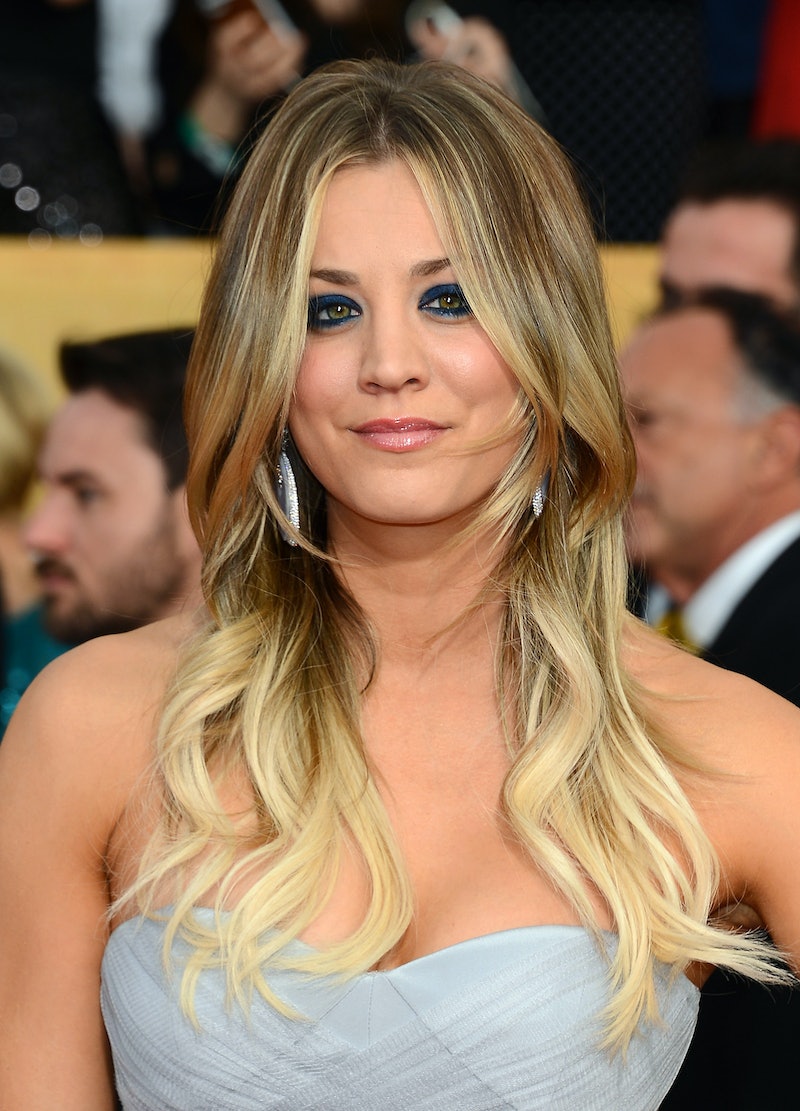 Cuoco isn't the first to publicly speak about her plastic surgery. Celebrities with both positive and negative experiences have revealed their plastic surgeries after the fact. Courtney Love had her nose job reversed because she felt it was unnatural. Celebrities like Ashlee Simpson and Jamie Lee Curtis have admitted to having undergone cosmetic procedures that failed to change out they felt about their appearance. Lisa Kudrow and Ashley Tisdale both say they felt better about their appearance after getting nose jobs. And of course, Joan Rivers has always remained a staunch advocate for plastic surgery.

But it's not how great Cuoco feels about her plastic surgery that's important. It's how willing she is to admit it. There's a culture of shame around plastic surgery that's only intensified for celebrities. Those who've obviously had it are usually called out as freakish and media bemoans how they've ruined their appearance. (Jennifer Grey, anyone?) Meanwhile, those who aren't "outed" fear being perceived as shallow and being shamed for succumbing to a cultural beauty ideal.

Is plastic surgery always a healthy decision? Probably not. But pressuring anyone, especially women, into making a certain decision about their body is much less healthy. For the most part, plastic surgery is just a reaction to societal norms of beauty. Those who choose to get it did not create these norms, so why shame them for succumbing to an ideal of beauty that they neither created nor enforced? Plastic surgery may not always guarantee better self-esteem or a happier life, but then again, what does? Trying to shame other people for the choices that they make about their own bodies isn't productive, and it just enforces the double standard imposed on women: look pretty, but don't look "fake." Don't let your flaws show, but don't make your effort to hide them obvious.

Somehow, plastic surgery has become a personal decision that can be publicly shamed, especially if you're a female celebrity. Cuoco's ease with the ups and downs in her self esteem, including her plastic surgery, probably won't singlehandedly convince anyone to go under the knife. But hopefully, it will inspire people to have a less judgmental attitude towards what decisions people make about their own bodies.