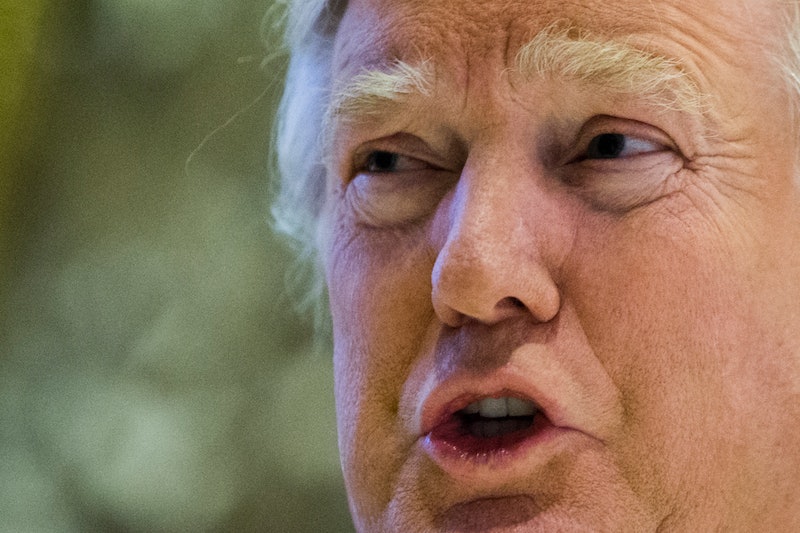 Donald Trump has now been president-elect for a full month. In that time Trump has reportedly been skipping the daily intelligence briefings made available to him, opting instead to receive an average of one briefing a week, according to Reuters. While it's unclear exactly what is keeping the president-elect from receiving these briefings with more frequency, news Trump will have a side job while president has cast serious doubt on arguments that he's just too busy. Because while Trump may not have time for daily presidential intelligence briefings, he apparently plans to work on a reality television show in his spare time.

According to Reuters, Trump appears to have a "casual attitude" when it comes to the President's Daily Brief (PDB):

An official on the transition team said on Thursday that Trump has been receiving national security briefings, including "routine" PDBs and other special briefings, but declined to specify their content or frequency, saying these matters were classified.

Trump has asked for at least one briefing, and possibly more, from intelligence agencies on specific subjects, one of the officials said. The source declined to identify what subjects interested the president-elect, but said that so far they have not included Russia or Iran.

Although not required, such daily briefings are generally considered a vital resource for incoming presidents. And given Trump's lack of military and political experience, one might think he'd be especially keen to bring himself up to speed on matters of national security. Vice President-elect Mike Pence reportedly receives at least six a week, according to Reuters.

In an interview with Fox News' Chris Wallace, former Trump campaign manager Kellyanne Conway said Trump was "not always skipping those briefings." She claimed the president-elect was "briefed by a number of credible sources on these issues," but failed to specify who or what those sources were.

While Trump may or may not have time for daily intelligence briefings, there are a few things he seems to have too much time for, including, watching Saturday Night Live, attacking people via Twitter, producing Celebrity Apprentice, and presiding over victory rallies.

Conway's announcement on Friday that Trump would spend his "spare time" working as an executive producer on NBC's reality TV show Celebrity Apprentice seemed especially concerning in light of reports he wasn't receiving daily briefings. Many have questioned if Trump's reported aversion to daily briefings was due more to a lack of interest than a lack of time.

"We find it particularly troubling that President-elect Trump has mostly declined to take the daily intelligence briefing," Democratic Senators Ben Cardin and Dianne Feinstein said in an op-ed published by USA Today. "Presidents and presidents-elect going back decades have begun their day this way — understanding national security threats and opportunities, asking probing questions, and making tough decisions. ... With each passing day, we grow increasingly concerned that President-elect Trump fails to grasp the solemn, serious responsibilities that come with being our nation's commander in chief. Protecting and advancing our national security interests is arguable the president's most important duty."

Although it's unclear whether Trump's unwillingness to receive daily intelligence briefings is a result of a crammed schedule or a lack of interest, the news is at least slightly worrisome no matter how you look at it.