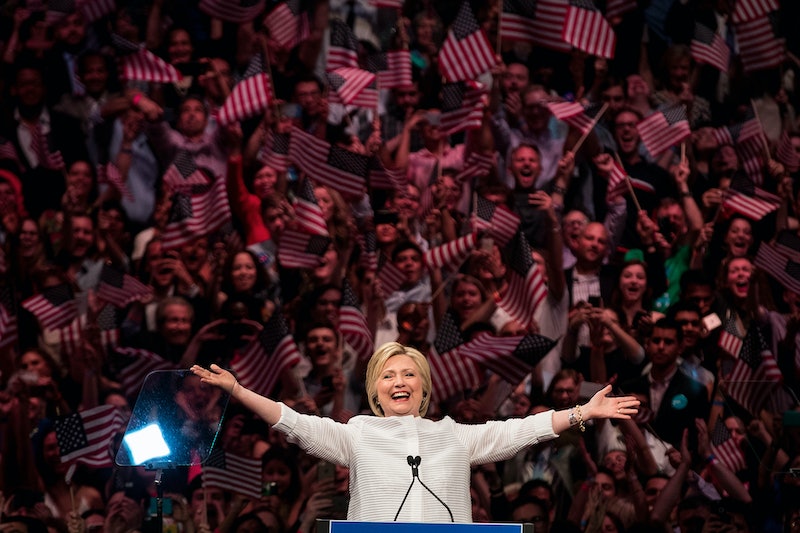 Each December, the world inevitably finds itself marked by a long list of political and societal changes that took place in the preceding 11 months, but 2016 seems like one of most monumental years the world has gone through in while. Donald Trump was elected president, Fidel Castro died, David Cameron resigned, bigotry went (more) mainstream, the Syrian crisis got even worse, and that's just the beginning. Also, scientists discovered Earth's second moon and a possible ninth planet in our solar system (10th, if you still vouch for Pluto), calling everything you've been told about our spatial neighborhood since your kindergarten days into question. So while humankind has arguably faced more significant events in other times, 2016 still has an impressive resume.

Looking back at a lot of these moments, it’s strange to realize that they took place fairly recently, which is understandable when you take into account the rate at which many of this year’s scandals and dramas multiplied. Like the time Trump had about five different scandals in “24 Hours of Mayhem” as Politico put it. When you start out the day amazed about his latest feud with other Republican Party members and then get sidetracked by his insults against the Geneva Convention, his comments on women who get abortions deserving to be punished (followed by his backtracking and his campaign’s damage control efforts), his defense of Corey Lewandowski against a female reporter who accused him of yanking her arm roughly, and his statements hinting he would not support another Republican nominee if he lost, it seems bizarre that his downward spiral began just hours before.

Here are nine moments from the past year that now seem very far away.

The notorious drug lord from Mexico was caught in January, and for weeks, it was one of the most followed news stories around the world. Sean Penn and Kate Del Castillo's controversial meetings, which Penn recounted in a lengthy article for Rolling Stone , only heightened the public's interest.

The Supreme Court lost its ninth judge in February and the aftermath is still affecting the U.S. government and people. President Obama nominated a replacement 267 days ago, but Senate Republicans have refused to confirm his pick. The delay resulted in a 4-4 deadlock in June for the case of the president's expanded immigration plan. With the conversation now revolving around who Trump's pick will be, it definitely feels like Scalia has been gone longer than he really has.

It seems like people were adding the Belgian flag to their social media profiles in the distant past.

Remember when most of us thought Clinton had the presidency in the bag? Good times.

The Orlando shooter took the lives of 49 victims in a homophobic hate crime at a gay nightclub. While it was initially the top news story in America, the tragedy eventually shifted to the background, as stories of mass shootings tend to do in the United States.

There were many moments in the 2016 presidential race that seemed to mark the end of Trump's chances of winning, and Khizr Khan's speech is one of the most memorable.

Speaking of moments where it looked like Trump's odds of winning were slim to none, the Access Hollywood tape seemed like the bomb to end all bombs. With Republicans rushing to publicly disavow him, over a dozen women going public with sexual allegations against him, SNL making fun of him, and his attempts to divert the public's attention to Bill Clinton's history of sexual assault allegations backfiring, it did appear that the election was guaranteed to to go Hillary's way.