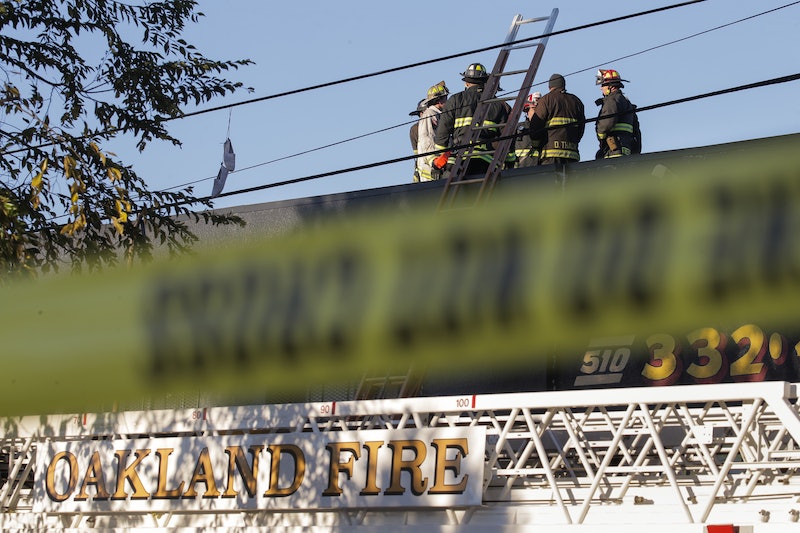 After a fire in an Oakland City warehouse containing multiple building hazards claimed the lives of 36 people, the question of who's to blame has been the one asked most. The information being publicly shared by multiple members of the Oakland Fire Department suggest the city's top officials have the most questions to answer. The issues are all predictably rooted in budget cuts. “Should some calamity occur," wrote Zac Unger, vice president of Oakland firefighters union, in a March letter to the Oakland’s employee relations department, "I imagine that some level of liability — moral, political, and possibly legal — would be attached to the entire bureaucratic structure that knew of these deficits for years and took no action to correct them.”

In 2009, Oakland received a little over $2 billion as part of the American Recovery and Reinvestment Act, however that same year the City Council implemented severe budget cuts across most city departments. The fire department's budget was cut the most, resulting in heavy understaffing, inadequate training, and overworked team members who must complete the duties of unfilled positions.

The firefighters have spoken out specifically against Fire Chief Theresa Deloach Reed the most. They cite her failure to hire a fire marshall for six years, not writing a budget for the department's training department resulting in inexperienced firefighters, and not signing off on grants meant to provide part-time medical instructors as some of their main points of contention.

While some argue that the existing structural problems were there before Reed assumed the role of chief, there is still the question of why certain roles remain unfilled, despite the department having sufficient funds. “The level of vacancies in the department are troublingly high, and it’s not like there isn’t money to hire people," said Councilmember Rebecca Kaplan. "The administration hasn’t filled these positions.” By Reed's own admission, the Oakland Fire Department only has six inspectors, despite having the budget for eight.

The recent warehouse tragedy has sparked anxiety among city officials regarding the safety of other abandoned warehouses used as art studios and concert venues; the artist community of Oakland now worries that they'll be driven out of their homes.

Chor Ng, owner of the warehouse, has remained largely quiet in the midst of all the news surrounding the situation, but he has reportedly failed to address complaints regarding the safety of the property on multiple occasions.

While the owner should take responsibility of any neglect he is proven guilty of, the parties who should be providing the most answers are the officials in charge of making sure the communities they serve run as best as possible. Especially when there are undoubtedly more buildings in Oakland that need the same kinds of problems addressed.