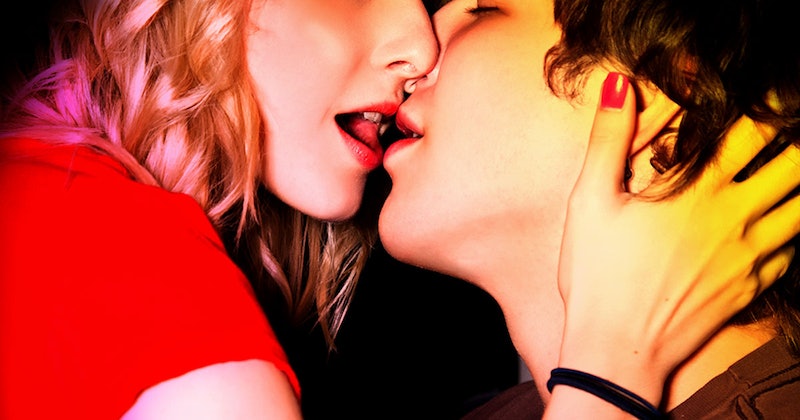 I didn’t even need to read past the colon. When I saw the Rolling Stone article title, “Millennials and Sex: A New Take on Dating, Marriage, and Monogamy,” I expected the worst. More broad, uninteresting generalizations about Millennials and “hook-up culture." Sexting. Snapchat. College sluts. Etc.

I was surprised and delighted to find that finally, finally a magazine is approaching sexual (post-)dating Millennial culture with an unprecedented level of nuance and a total lack of judgment. Reporter Alex Morris concedes that my generation isn’t any one thing; we are many things, in fact — an unprecedented number of things, with an astounding number of emotional and sexual options available to us. Even more refreshing is that the second and last installment of this piece, not yet published, will focus on queer Millennials, a routinely ignored demographic.

Morris profiles several couples and individuals, all of whom lead love lives that are varying degrees of conventional: from polyamory to monogomy to promiscuity to fascinating combinations of the three. What is scandalous to me, the reader, isn’t that Ryan and Leah are comfortably in an open relationship, or that Kristina, a junior at Syracuse, considers herself a “sexual vulture.” It's that Morris allows for so many perspectives and modes of living, none of which need to be lumped into an overarching narrative about where America's sexual culture is headed.

Despite how many people talk about Millennials and sex, the numbers show that we are having less sex than previous generations. What does this mean? We’re still figuring it out, Morris concedes. What is certain about the current sexual climate, at least for Millennials, is that it's more complicated than ever before. Elizabeth Armstrong, a sociologist at the University of Michigan who studies sexuality, spent a year conducting research in a freshman dorm. Armstrong is (admirably) very hesitant to paint the Millennial generation in any one way:

“As much as I want to try to dispel the fiction that there is this relentless move toward promiscuity, that every single generation is more promiscuous than the last, which just isn't true, I also think that the cultural change – in terms of how people connect, the meanings of these connections, the gendered aspects of the connection, how these connections fit into the rest of their lives – is still changing really fast. It looks like [young people] may be having less sex, less relationships, less commitment, but what they're doing is more casual. We still don't really have a handle on it all.”

Rebecca Wiegand Coale, one of the co-founders of the website The Gaggle, thinks that all these choices are mostly empowering. She tells Rolling Stone:

“We really feel like the first step to embracing the post-dating world and having a great time and finding love within it is just accepting that basic premise that all the rules are off…There are not so much rules as hints.”

At this point in the article, I finally felt my own judgment — the lack of which I so respected in Morris — sneak up on me. While I appreciate Gaggle’s mission to “help women realize that having several ambiguous relationships could be as emotionally satisfying as having one certain one,” I wish Morris had better captured the widespread dissatisfaction that many of my men and women peers experience. While I am by no means a firm proponent of monogamy or anything, really, I do know that modern dating (if you can even call it "dating") is exhausting, often excruciating, and a classic example of the paradox of choice.