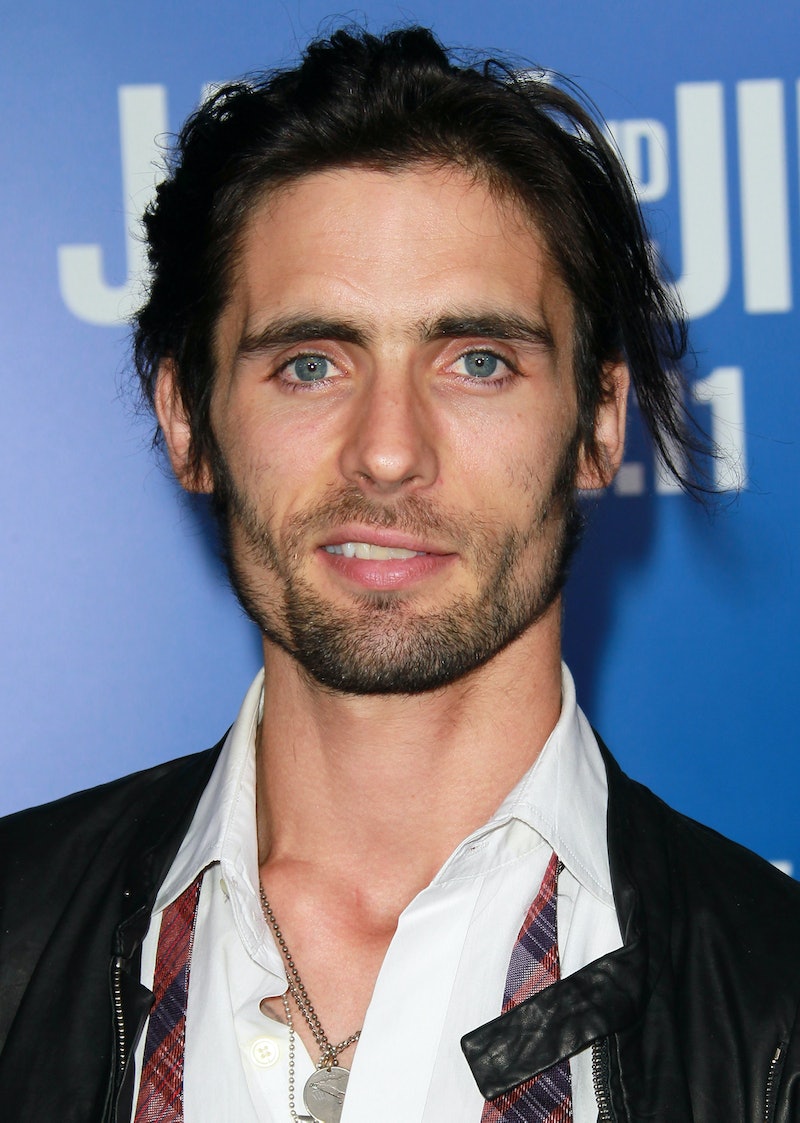 If you’ve been watching Parenthood and, in between sad tears, and then happy tears, and then shouts of frustration, and then shouts of jubilation, you're wondering, "Why does the lead singer of Parenthood's Luncheonette’s bread and butter, Ashes of Rome, look so damn familiar?" Well, you’re not crazy. You’re not even doing that thing where you think you’ve seen some obscure actor in something before, rack IMDb for clues, and then finally realize he just looks like your florist (Do people have florists? It just felt right). Nope. Oliver, the lead singer, is actually played by your favorite mid-2000s mixed CD crooner, The All-American Rejects' lead singer, Tyson Ritter.

Tyson Ritter is one of those dynamic people just made for a twitter bio: “Musician. Model. Husband. Humanitarian. Actor.” He’s a rock star first (well, he’s probably a husband first, but I don’t know his life), but he dabbles heavily in a number of other left-brain projects. Since hitting the scene with The All American-American Rejects in 2003 – ironically with immediate mainstream success, as apposed to, you know, rejection – Ritter has made a mark in a number of performance arenas. A sense of complexity has always marked his persona, if by looks alone: handsome, but in that semi-shocking sort of way, like a rock star alien with the eyes of a Disney princess.

His lithe frame and sharp bone structure are more than likely the reason “Tyson Ritter drugs” is the first result to pop up on Google when you set out for some simple Ritter recon, but the singer has never addressed a substance abuse problem, and seems to have continued on just fine (perhaps even swimmingly) with his band. After the breakout success of their first album, came even bigger acclaim from sophomoric effort, Move Along – you might remember “Dirty Little Secret” from high school cruising, or “It Ends Tonight” from the very top of your lungs – and their third album, When the World Comes Down saw their biggest single ever, a breakup anthem worthy of Kelly Clarkson, “Gives You Hell.”

It was about that time, in fact, that Ritter went through a “dark period,” got back on his feet, took a little break from the mainstream, and started venturing out into the acting; in 2009, he made his surprise on-screen debut in The House Bunny – because, why not The House Bunny, I guess? – with Anna Faris. Once again, his unique blend of mainstream and rock star worked to his advantage, as he played the frat-guy-but-not-exactly object of Emma Stone’s affections. Even more in his likeness, is his role on Parenthood — Oliver Rome, occasionally wayward lead singer of an established rock bands who’s fallen out of the public’s consciousness. Hopefully it’s all based more in theory than in reality though, because Oliver is a bit of an ass. He’s a funny, occasionally sweet, mostly well-intentioned ass. Still an ass, though.

A regular renaissance man, as The All-American Rejects continue to play shows and record their fifth studio album, Ritter has been cast to play a young Gregg Allman in the forthcoming Allman Brothers biopic. Talk about knowing how to stay in your lane. You can catch Ritter guest starring on Parenthood (NBC) at 10 p.m. EST, as Ashes of Rome gears up for their album launch party at the Luncheonette. (You can also find him forever in my memory in that “Dirty Little Secret” video — iconic, I tell you.)