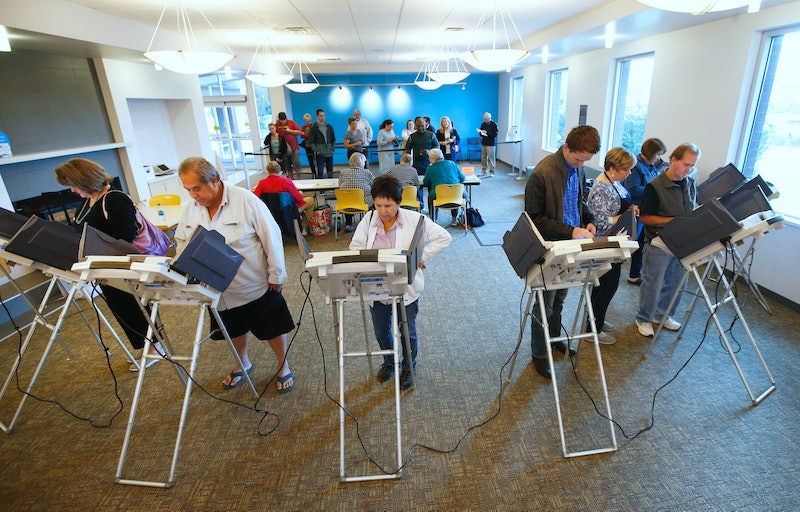 In most presidential elections, the Electoral College simply tells Americans what they already know, with electors casting their votes as the voters in each state direct them to. But every now and then, there's an elector or two that break the mold, voting against the people in their state. Although rare, it's a tradition that goes back much further than you'd probably expect, with the first faithless elector taking a stand in the election of 1796.

According to FairVote, an organization that advocates for elections reform, Samuel Miles of Pennsylvania was the first faithless elector, participating in the election of 1796 between Federalist John Adams and Democratic-Republican Thomas Jefferson. Miles had pledged to vote for Adams, but switched his vote to Jefferson. Still, Adams won the election, and Jefferson was relegated to the vice president position as the election's runner-up. After all, the election of 1796 predated the Twelfth Amendment, which requires electors to vote for both president and vice president separately.

Counting Miles, FairVote reports that there have been a total of 157 faithless electors over the course of American presidential elections. Although a handful of electors have talked about voting against their states' majorities in 2016, it would take much more than a handful for this year's Electoral College to beat previous record numbers of faithless voters. In 1872, 63 Democratic electors refused to vote for the Democratic nominee, Horace Greeley, because he died before the Electoral College cast its votes.

More recently, an anonymous elector in Minnesota cast his vote for president for John Edwards in 2004. At the time, Edwards was Democratic nominee John Kerry's running mate. It's possible that the faithless vote for Edwards was a mistake and was instead intended to be a vote for Kerry.

It's unclear how many faithless votes will be cast this year, if any, although several electors have made it clear that they want to block the election of Donald Trump. Two electors in Colorado, for instance, have filed a lawsuit to challenge the state's law that requires them to vote for the state's winning candidate — in this case, Hillary Clinton. If they're successful, electors in other states could have the opportunity to vote faithlessly without the usual penalties. Meanwhile, Christopher Suprun, a Texas Republican elector announced in a New York Times op-ed that he will not cast his vote for Trump.

No matter how they vote, electors only have one more week to make up their minds. They'll convene across the country on Dec. 19 to officially cast their votes for the president and vice president, and those votes must be submitted to the president of the Senate by Dec. 28. Any electors who vote faithlessly will follow in an unusual, but not new, trend.