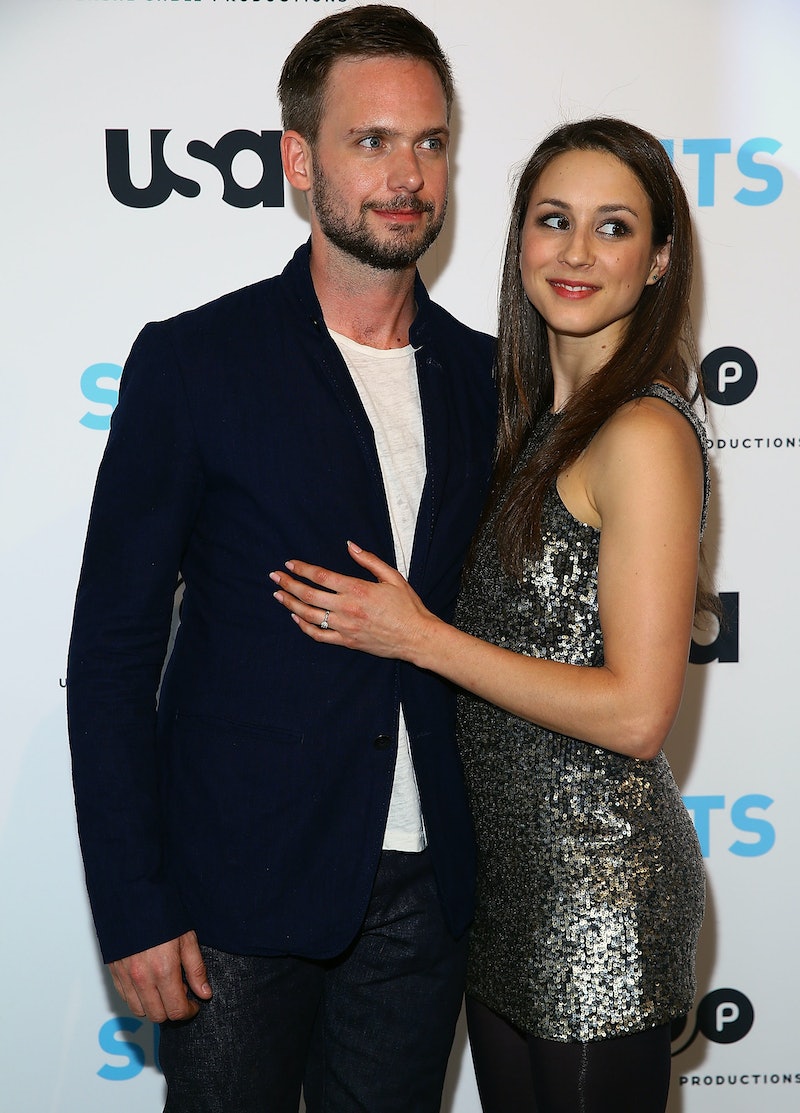 Pretty Little Liars star Troian Bellisario and Suits actor Patrick J. Adams have been keeping fans guessing on when they would finally tie the knot after getting engaged in 2014. Alas, the couple has made it official last weekend and the photos of Troian Bellisario and Patrick J. Adams' wedding look gorgeous, as they were posted by guests using the wedding hashtag "#fortday2016." People reported that guests included Bellisario's PLL co-stars and boss: showrunner I. Marlene King, Lucy Hale, Ashley Benson, Sasha Pieterse, Keegan Allen, and Ian Harding. Adams' good friend Chris Pine attended as well, but his on-screen Suits fiance Meghan Markle was not there, People confirmed.

Another co-star that unfortunately couldn't make it was PLL's Shay Mitchell, who posted a sweet message to Bellisario on Instagram, saying how bummed she was to miss out on Bellisario and Adams' wedding day. Mitchell did not specify why she couldn't make it to the California wedding, but she did send lots of well-wishes via IG. "I love that we were able to close one very important chapter of our lives together and I am devastated not to be there as you embark on your next one," Mitchell wrote on Instagram. "I know you and Patrick will have the most special day and I can’t wait to celebrate you two as a married couple." Aw!

Guests in attendance posted on Instagram that Adams drove them to the Santa Barbara wedding site in an school bus that had a sign "Almost Married," giving off those old school summer camp vibes. No word if they sung any old camp tunes on the drive there, but IG photos do show that the bus did require some pushing at one point. According to People. the wedding took place in the Southern California woods in an event that gave off ethereal summer camp vibes in the best way, and the ceremony itself occurred in front of two oak trees. Bellisario wore a white Cortana gown with a head piece by Amaroq and Adams dressed in a three-piece suit by Ralph Lauren, reported Hello.

To add to the camp-themed fun, the weekend started off with a "camp orientation," a welcome dinner provided by food trucks, actual tents for the guests, and a talent show, which featured Adams serenading Bellisario, according to Hello and People.

After the ceremony, Bellisario and Adams retreated to the nearby beach for some stunning wedding sunset photos (where Bellisario's veil got caught in some beach excess), according to People, and then headed back to the woods for a beautiful reception.

Looks like Bellisario and Adams' wedding was a glorious weekend for the bride, groom, and their guests.