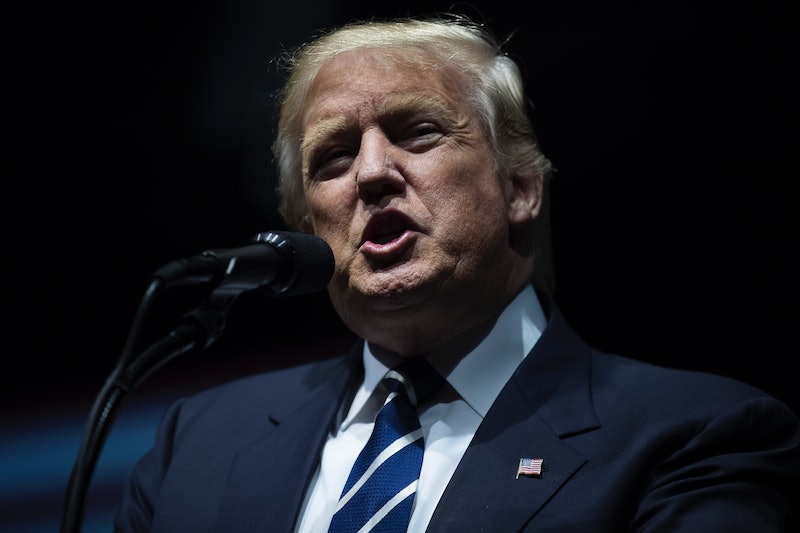 In a week, the 2016 election will officially come to a close as the Electoral College will meet and formally cast their votes for president on Dec. 19. Even though the country voted on Nov. 8 and elected former reality TV star Donald Trump — who represented the Republican party — to lead the country four the next four years, his swearing in now rests on the votes of the electorate. So as the final vote of the 2016 election approaches, who are the electors in Michigan? This Rust Belt state holds 16 total electors.

Presidential nominees need to win 270 electoral votes to win the election. This year, Trump crossed the threshold of 270, with Democratic nominee Hillary Clinton coming in s. Many states, including Michigan, have binding laws for their electors. This means that electors are expected to vote for the candidate who won their state. In Michigan, that would mean that all 16 electors are pledged to vote for Trump.

While all of Michigan's electors are legally bound to vote for Trump due to the state's policy that electors must vote with their state, there is a petition that has garnered support ahead of the Electoral College vote that calls on electors to become faithless electors. Anti-Trump electors are seeking at least 37 electors to vote against the president-elect in order to keep him out of the White House. This does not necessarily mean voting for Clinton, however. It could also mean opting for another candidate altogether.

According to Politico, rogue electors are putting their votes toward Ohio Gov. John Kasich instead of the Trump camp. Colorado elector Micheal Baca told the outlet, "Given what’s at stake, we have been outreaching to everyone we can including electors, various members of both parties, and the media." The outlet reported that at least eight Democratic electors have promised to stray away from voting for Clinton and instead vote for an alternative to Trump within the GOP.

Leading up to the Dec. 19 Electoral College vote, some of Michigan's electors have noted that they have received threats over their required support for Trump. For instance, Michael Banerian said he has received death threats, according to the Detroit Free Press. Banerian said, "Unfortunately, one of the threats I received was from a student I went to high school with."