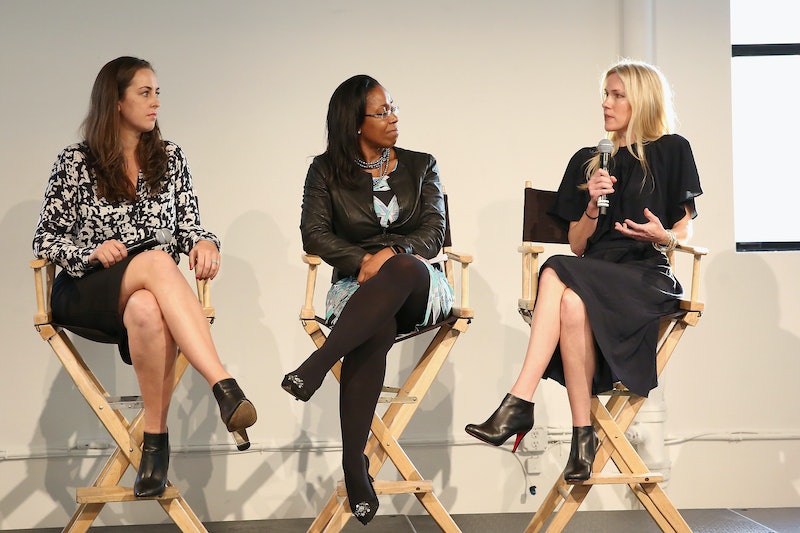 As the year draws to a close, it's refreshing and important to look ahead to exciting prospects that 2017 has to offer. Finding the good in 2017 is perhaps most important in especially trying times. This list of female entrepreneurs you should be watching out for is intended to inspire and inject some excitement into 2017; all of the women below represent incredibly skilled and savvy individuals who have tackled challenges in an inspiring way and created unique entrepreneurial organizations.

It's unsurprising that there are so many amazing women entrepreneurs' women-led businesses are seemingly ever-expanding. According to Forbes, women entrepreneurs and women-led startups are becoming more prominent than ever. American Expresses' recent State of Women-Owned Businesses Report states that the number of companies owned by women increased by 45 percent between 2007 and 2016 (in contrast, it rose by only 9 percent among all businesses). Additionally, Forbes reports that the National Association of Women Business Owners "estimates that there are more than 9.1 million companies owned by women, employing nearly 7.9 million people, and generating over $1.4 trillion in sales."

In addition to their overall growth in the entrepreneurial sector, some experts indicate that women are uniquely skilled for entrepreneurial work. Indeed, in another article, Forbes proposed that women perhaps may make better entrepreneurs than men, stating, among other reasons, that "Women entrepreneurs are more likely to work towards controlled, profitable growth with relatively little interest in merely positioning themselves for lucrative exit. ... They often prefer to re-invest business profits over equity investment to scale sustainably."

Mateo is a Dominican-American who founded SheTaxis, a company which offers taxi and car services "for women, from women." The company is designed to both financially empower women drivers and help female passengers feel safe. SheTaxis is currently in New York and has impending plans to expand.

Agrawal is the CEO and Co-Founder of THINX, a company that makes high-tech, leakproof, and attractive underwear for women to wear during their periods. In addition to continuing her highly successful work with THINX, Agrawal has many plans for 2017, including designing and selling underwear for moms who experience bladder leakage problems and helping fight the global sanitation crisis.

Yen is a medical doctor and the founder of Pandia Health, which allows women with a prescription to have quick, easy, and free access to birth control online. Birth control is delivered to women with a three month supply per order. Yen has impending plans to expand Pandia Health in 2017 to include other medications women regularly use, like prescription acne medicine.

Bowerman is the founder of DOT Laboratories, due to launch in 2017. DOT Laboratories is a women's health diagnostics company which seeks to allow women to monitor and test their hormone levels in hopes of more accurately diagnosing medical conditions and helping end the "sex bias in health research and clinical medicine."

Lampkin recently created and launched Blendoor, a job search platform that helps eliminate bias and increase diversity in hiring by hiding identifying information from recruiters during the initial stages of a job search process. So far, over 5,000 people and counting have signed up for the service, and recruiters at all of the major tech companies in Silicon Valley are using it.

Shyu is the co-founder of AdmitSee, a company which seeks to provide college and graduate school applicants with extensive and personalized application counseling. AdmitSee aims to make the college application process more navigable for students and parents and was named one of the top ten entrepreneurial endeavors at the 2016 Amplify Women's Pitch Night Competition; this award will allow for increased funding and further expansion for AdmitSee.

Janah has recently founded two social enterprise-oriented startups, Sama and LXMI. Both companies "share a common social mission to end global poverty by giving work to people in need." Janah's innovative organizations have helped thousands of individuals in developing countries find work and both businesses are continuing to readily grow.

Rodz is a three-time entrepreneur, most recently founding the Circular Board, an organization which seeks to help rapidly grow female-owned entrepreneurial businesses through collaboration and support. Circular Board has received a great deal of attention recently, and Rodz was named as one of Entrepreneur's 2016 "Women to Watch."

A fellow woman on the Entrepreneur "Women to Watch" list, Finney is also making waves. The entrepreneur founded digitalundivided, which seeks to train and fund diverse groups of women in the tech sector. Digitalundivided's goal is to help employ more women and minorities in Silicon Valley, an area in which they are largely underrepresented.

These nine women, and many others, have already made big waves in 2016, and will likely make a very strong and significant impact on 2017 with their unique, diverse, and socially contributory entrepreneurial endeavors. It will be incredibly exciting to see the impact they have over the course of the next year.