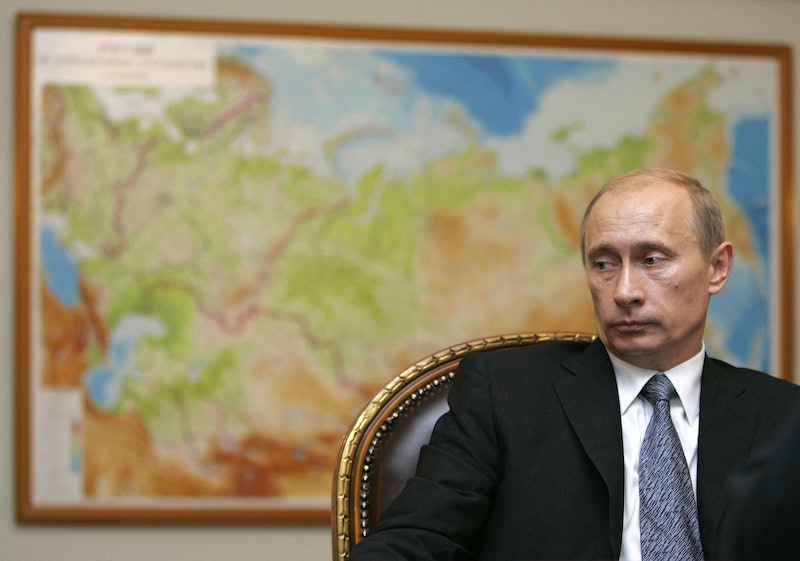 If your Facebook friends are liberal-leaning and you don't intentionally follow some conservatives on Twitter, the odds are that your social space was outraged when president-elect Donald Trump made his first Cabinet and adviser picks. Petitions were created and hashtags formed to protest some of these new players in Washington, seemingly to little or no avail. Now, this social media outrage finally reached the social networks of D.C. Republicans. Marco Rubio tweeted that Rex Tillerson, Trump's potential Secretary of State nominee, has the wrong attributes for the job — specifically being a "friend of Vladimir."

Notably it was not the one with ties to white nationalists of the so-called "alt-right," but rather Trump's pick with business ties to Russia's leader Vladimir Putin that finally has caused Republicans to speak out. That's in sharp contrast to the reaction to Steve Bannon's appointment as Trump's chief strategist. That could be in part that Senators don't have a say on Bannon (he's not a part of the Cabinet). But this shows that they are willing to criticize — just not when those connected to white nationalists are in the crosshairs.

When it comes to Russia, on the other hand, little was held back. Rubio's tweet was pointed, but he was not the only one to take issue with the possible nomination (at this moment Tillerson seems to be Trump's top choice, but nothing is final yet). Fellow Republican Sen. John McCain warned about the Russian ties while speaking to CBS Sunday. "It's a matter of concern to me that he has such a close personal relationship with Vladimir Putin," McCain told CBS. "That would color his approach to Vladimir Putin and the Russian threat."

Tillerson is seen as close to Russia and Putin due to his business dealings while the head of ExxonMobil. The oil company has struck monumental deals in the country, including one in 2011 that granted the company access to Arctic oil fields in exchange for state oil company OAO Rosneft being able to invest in Exxon operations elsewhere. At the time, Putin called it a "sweeping global alliance." Tillerson was subsequently awarded the Russian Federation's Order of Friendship for his role in the deal.

That sort of show of kinship with the Kremlin is what has led to the criticism. Rubio and McCain were joined by more Republicans and Democrats that work in this realm, including Maryland Sen. Ben Cardin, the top Dem on the Senate Foreign Relations Committee. The criticism, therefore is probably the most universal that we have seen thus far — even if no Republican had committed to voting against Tillerson. That there's not more condemnation of a pick like Bannon from the GOP is therefore even more telling.

A potential Tillerson pick definitely needs to be looked at closely, and this criticism is part of that. But why having neo-Nazis one degree from the White House doesn't also get more blowback is beyond me.