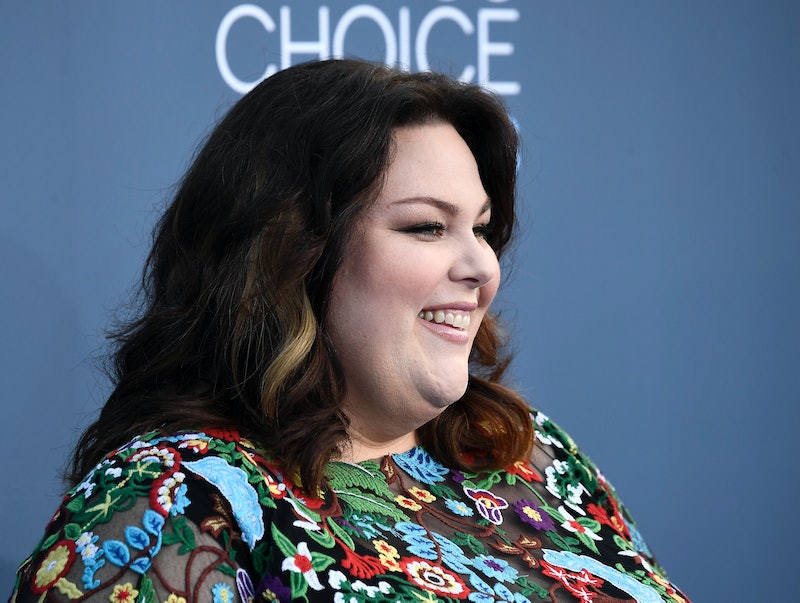 NBC’s This Is Us has had quite the freshman year — it’s a critical darling, and fans are loving its mix of heart, humor, and Milo Ventimiglia with a 1980s mustache (that’s my favorite part). It turns out, the Hollywood Foreign Press loves it too, because This Is Us grabbed a few 2017 Golden Globes nominations. The most exciting among them is Chrissy Metz's first Golden Globe nomination for This Is Us . This is a big deal, guys!

It’s no surprise to me that Metz could be recognized for her acting chops on This Is Us. Playing Kate, the only sister of the sibling group, Metz has acutely expressed Kate’s struggles with her weight as it matters to herself, her family, and her relationships with new people. Kate is stuck between the past and wanting to be different in the future, and Metz plays her with such nuance, grace, and realism that it’s hard not to love her. She’s also very, very funny (This Is Us may be a drama, but it definitely has some laughs), which helps. Before This Is Us, Metz was seen on shows like My Name Is Earl, Huge, All Of Us, and American Horror Story, so it’s great to see her on a show where she can display her acting chops.

Family-driven dramas like Parenthood and Gilmore Girls never got a lot of love from the Hollywood Foreign Press, even though they were both exceptional (I’m pretty biased), so the fact that This Is Us picked up a few nods at the 2017 Golden Globes could mean that Hollywood is turning over a new leaf. This Is Us is a family drama, yes, but it’s also a drama, with amazing performances by its actors and great writing by its writers. There’s no schmaltzy after-school special here. It’s real life, with people who look like real people, and I say “It’s about time” to the Hollywood Foreign Press recognizing the art that goes into making a series like This Is Us.