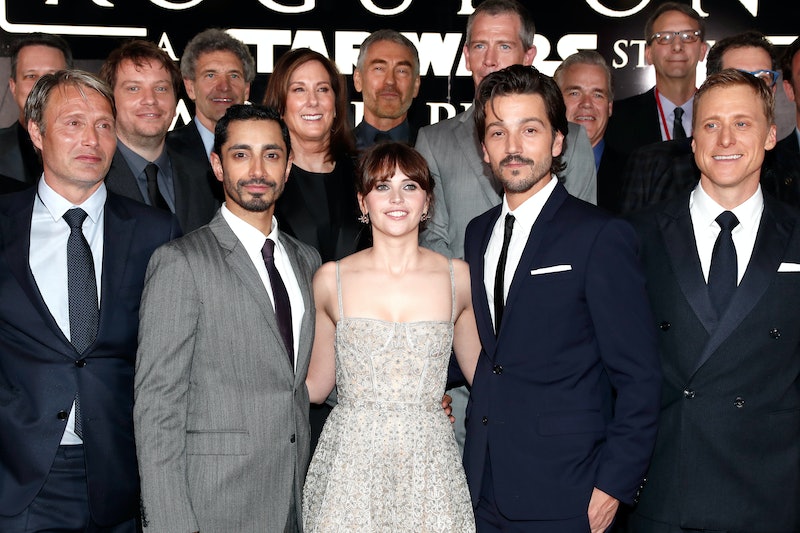 The Golden Globes nominations were announced early on the morning of Monday, Dec. 12, so awards season is finally officially upon us. That, combined with a slew of visually stunning and affecting holiday blockbuster releases sometimes leaves us with emotional whiplash. But was Rogue One snubbed by the Golden Globes, or is this a case of eligibility rules and dates getting in the way?

According to the official 2016 rules, eligibility is defined as "Feature-length motion pictures (70 minutes or longer) that have been both released and screened for the active membership in the greater Los Angeles area during the qualifying year (January 1 through December 31). Motion pictures are considered released when they are made available for exhibition in theatres or on pay-per-view cable or pay-per-view digital delivery in the greater Los Angeles area for a minimum seven-day period beginning prior to midnight, December 31 of the qualifying year." So it definitely could have been nominated, technically speaking.

Does that seem fair, considering that the World Premiere of Rogue One was Sunday? I don't think so. Science fiction and fantasy films have enough trouble breaking into awards season, and when so many of them are released after or right around the time that nominations are announced doesn't help. It seems that Deadpool, which was released much earlier in the year, made an impressive strategic choice.

Hopefully, this won't be the case at the Academy Awards. The same thing happened with The Force Awakens, which did receive a few Oscar nominations. The Hollywood Foreign Press Association may not have been able to see Rogue One before submitting their picks, but I have a feeling that there may be some Oscar voters who will be checking out Rogue One: A Star Wars Story this upcoming weekend.