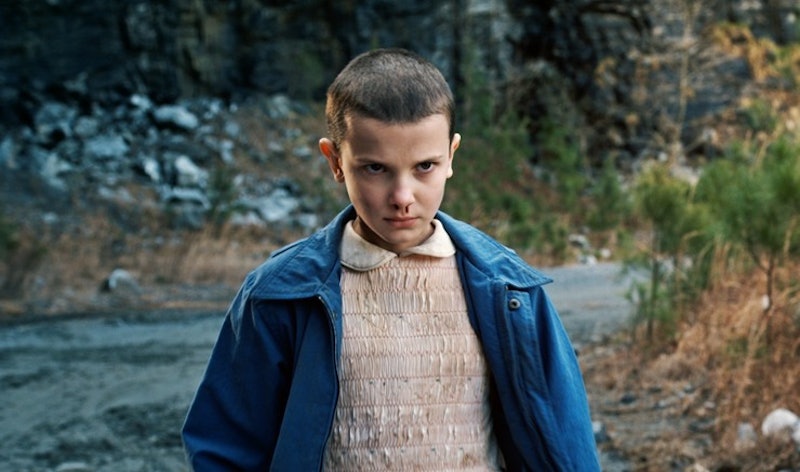 Stranger Things all but overtook summer television. The Netflix sleeper hit was equal parts sci-fi and nostalgia, reworking ‘80s touchstones into a gripping tale about a batch of misfit kids on a mission to retrieve their friend, Will, from a treacherous second dimension. Winona Ryder made a stunning comeback as the missing kid in question’s frantic mother, but its mega talented cast of pre-teens ultimately stole the show. Eleven, a young, telekinetic girl, was an especially major standout, leaving many fans livid that Millie Bobby Brown was snubbed at the 2017 Golden Globes.

The series as a whole was nominated under Best Television Series for Drama, so she’s not totally out of the running, but she didn’t get an individual credit. In fact, Ryder was the only Stranger Things alum to get a nod; she was nominated under Best Performance By An Actress In A Television Series for Drama. While her performance was inarguably incredible, it’s quite surprising that everyone else was overlooked. The younger half of the cast took up a solid chunk of screen time, and had a heavy hand in fueling the buzz that trailed the show’s July debut. Brown in particular was a crowd favorite. She was, after all, the driving force behind Will’s rescue, and let’s be real, those boys didn’t stand a chance without her.

If Brown were to place anywhere, it would have been under the jam-packed Best Performance By An Actress In A Supporting Role For A Series, Limited Series, or Motion Picture Made For Television category. It’s a competitive field flanked with network hits like Game of Thrones, This Is Us, Westworld, and The Night Manager. Still, the Globes have built a reputation for honoring new shows (and faces), and Brown certainly qualifies there. Aside from a starring role on British drama Intruders, she’s only made a handful of appearances on the small screen with stints in NCIS, Modern Family, and Grey’s Anatomy. Stranger Things was the shining moment in her budding career, and it would’ve been great to see the Globes acknowledge that.

But let’s remember Brown is only 12 years old, and she’s got plenty of time to scoop up awards. She’s already been confirmed to return for Stranger Things ’ next season, so perhaps the second time will be the charm. In the meantime, you can revel in the fact that you’re not the only one lamenting her lack of nominations. Stranger Things was a surprising breakout, and the fact that it squeezed into the Best Television Series category is an applause-worthy win nonetheless.