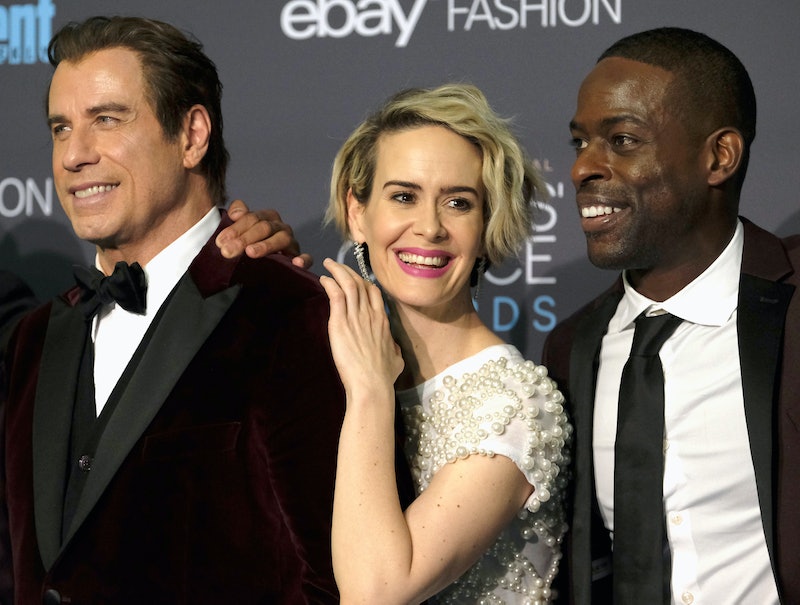 When The People v. O.J. Simpson: American Crime Story first debuted in 2016, it took the TV world by storm, and it continues to get rave reviews. Obviously, many expected the FX series from Ryan Murphy to get a lot of love from the 2017 Golden Globes. With that said, how many Golden Globe nominations did The People v. O.J. Simpson get? Let's just say that the anthology series got exactly what it deserved. In fact, it earned five nominations.

First and foremost, American Crime Story is nominated for Best Television Limited Series or Motion Picture Made For Television. Does that really surprise anyone? It's up against some other worthy projects, including ABC's American Crime, Starz's The Dresser, AMC's The Night Manager, and HBO's The Night Of. It would be surprising if it didn't take home this win, but you never know what the Hollywood Foreign Press Association is thinking.

Next, there is Sarah Paulson's nomination for her magnificent performance as Marcia Clarke. She scored a nom in the Best Performance by an Actress in a Limited Series or Motion Picture Made For Television. Really, she deserves to win (and it'd be her first Globe), but she does have stiff competition in Felicity Huffman (American Crime), Riley Keough (The Girlfriend Experience), Charlotte Rampling (London Spy), and Kerry Washington (Confirmation).

Of course, Sterling K. Brown also got recognized for his role as Christopher Darden. He better win, because Brown can do no wrong. Actually, he is also up against his American Crime Story co-star John Travolta (who played Robert Shapiro) in the Best Performance by an Actor in a Supporting Role in a Limited Series or Motion Picture Made For Television, too. Christian Slater (Mr. Robot), Hugh Laurie (The Night Manager), and John Lithgow (The Crown) are nominated in the same category as well.

Finally, there is Courtney B. Vance, who is part of the Best Performance by an Actor in a Limited Series or Motion Picture Made For Television for his role as Johnnie Cochran. Like pretty much every other actor, Vance was a stand out. He is nominated alongside Riz Ahmed (The Night Of), Bryan Cranston (All the Way), Tom Hiddleston (The Night Manager), and John Turturro (The Night Of).