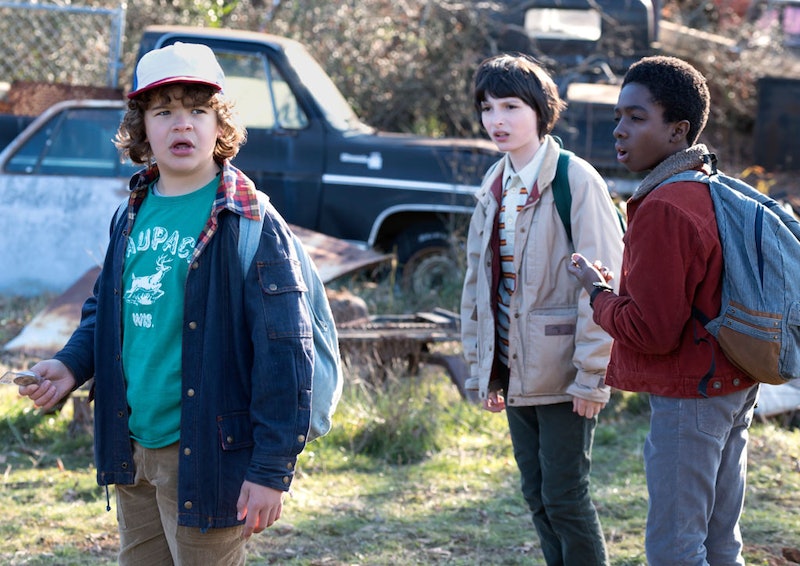 With the 2017 Golden Globe nominations officially announced on Dec. 12, expect to see a surge in popularity of every movie and television show nominated (duh, everyone needs to see what all the fuss is about!) With that increase in Google searches and desperate Netflix marathons, of course, comes the question: Where can you stream the Golden Globe nominees? Internet (and streaming apps everywhere), don't fail us now.

TBH, if you want to see pretty much any of the films up for Best Picture (La La Land, Manchester by the Sea, Moonlight, Lion, Hacksaw Ridge, Moana, Sing, 20th Century Women ... to name most of them), you'll actually have to go to the actual movie theater for those bad boys. However, many of the TV shows up for awards this year (Stranger Things, This Is Us, Game of Thrones, The Crown) — and even several of the movies (Deadpool, Florence Foster Jenkins, Zootopia...) — are available for your own kick-back-on-the-couch streaming pleasure.

Mozart in the Jungle (Best TV Show - Comedy or Musical)

This Is Us (Best TV Show - Drama) — also available on Hulu

Now get to streaming!

More like this
Stephen Graham’s Wife Plays A Vital Role In His Career
By Emma Madden and Sophie McEvoy
Everything To Know About The Musical 'Joker' Sequel – & Lady Gaga’s Role
By El Hunt and Sam Ramsden
Does 'Locke & Key’s Ending Mean There Could Be A Season 4?
By Sophia Moore
'The Simpsons' Will *Finally* Address How They “Predict The Future”
By Sam Ramsden
Get Even More From Bustle — Sign Up For The Newsletter