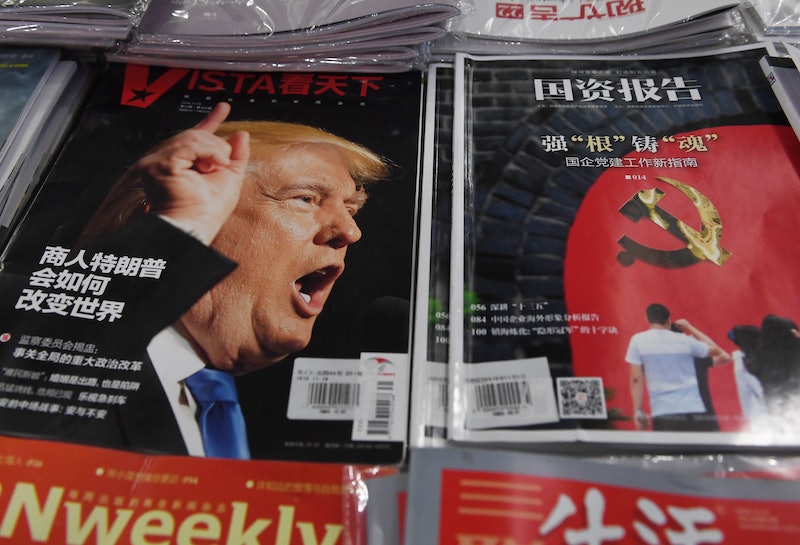 After Trump spoke with the president of Taiwan and later publicly questioned the One China policy that forms the bedrock of relations between China and the U.S., China is "seriously concerned" about Trump's treatment of the issue. If China is seriously concerned about how things are going before Trump has even had his first day in the Oval Office, it means that there's seriously something to be concerned about.

In the lead-up to the election, there was a lot of talk about how Trump did not posses the finesse necessary to handle complex relationships with foreign powers. He and his supporters would always counter this criticism with his business experience, saying that his knowledge of how to make deals would help him here, too. Well, he hasn't yet assumed the office of the presidency, and there's already concrete proof that in this case, the critics were right.

It's no secret that while China and the U.S. are allies, their's is a complex and fragile relationship. It's all centered on American acceptance of the One China principle, which dictates that there is only one China, and Taiwan is a part of it. China absolutely will not negotiate about Taiwan's sovereignty, so Trump stepped into dangerous territory the moment he accepted a phone call from the president of Taiwan — and then went farther when he publicly referred to her as the president of Taiwan. Finesse? Not exactly.

On Sunday, Trump exacerbated the issue in an interview with Fox News, in which he claimed that the U.S. should not feel bound by the Taiwan issue if it felt like China was overstepping its bounds in other areas. The main sticking points for him are apparently a number of economic and trade policies, in addition to China's friendship with North Korea and their recent moves to build a military base in the South China Sea. In floating Taiwan as an area in which he could potentially change U.S. foreign policy, Trump doesn't seem to realize that the end result would always be a big loss for American and Taiwanese interests.

Much like Trump, China is also not the most subtle of global actors. In reaction to Trump's initial phone call with Taiwan, they flew a long-range bomber near both Taiwan and Japan. Flying planes like that is the universal military symbol of a country flexing its muscles, and Trump would be wise to take heed. Put simply for a simple man: Don't mess with the Taiwan thing. Find the deal elsewhere. China is not playing around.